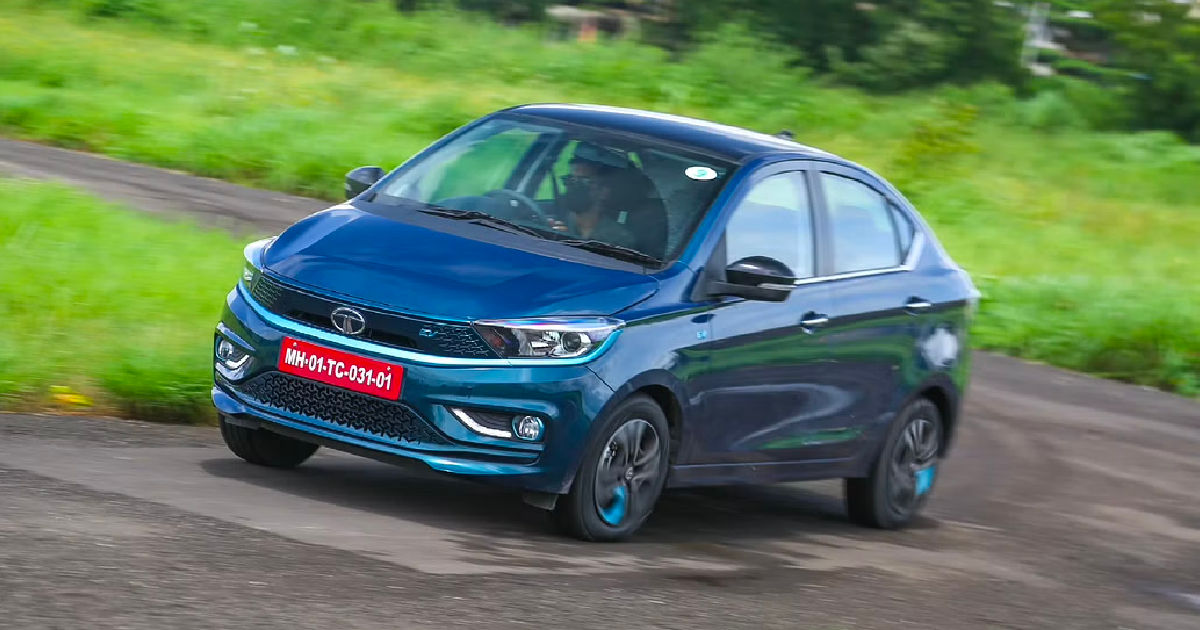 A Tata Tigor EV owner from Ahmedabad, Gujarat, claims to have run on sustainable power and spending Rs 0 to run his electric car for 12,500km. In a new video from a YouTube channel called Plugin Electric Vehicles, a Tata Tigor EV owner has described his ownership experience and running and maintenance costs after having driven the car for a substantial amount of time. The owner also proudly uses solar power to charge his EV, which not only keeps costs in check but also boosts green credentials further.

The owner, who resides in Ahmedabad in Gujarat, primarily uses his Tigor EV as a daily driver to commute a total distance of 60km each day to and fro work. The owner has racked up the miles, with 90 percent of it being inside city premises, an area in which EVs excel.

The owner, Mr Samarth Jani, who has worked closely with the automotive industry for some time, also owns other cars, namely a Tata Nano and a Mahindra Thar. Mr Jani has also worked with Tata Motors and thus his faith in the brand.

Talking about his ownership of the Tigor EV for 5 odd months, Mr Jani highlighted how he had utilised a solar charging system for charging his vehicle. He mentions his regular slow charging routine at home, which costs him next to Rs 0 on a regular basis. The 10kW output generated by the solar panels installed on the roof of his residential building not only caters to the car’s charging needs but also feeds power to home appliances such as air conditioning at his home.

Mr Jani had previously owned a Tata Tigor ICE petrol car and loved the design of the vehicle. He, however, added that Tata should work on moving the interiors of the car a little more upmarket to suit its premium price tag. Mr Jani also clarified that given the use case of an EV as a city runabout, a Tigor EV more than suits his needs.  The owner finds the need for feel-good features that are expected at such a price point, such as AC vents at the rear, to be something that Tata Motors needs to add on in the future. He also finds the economical and efficient set of tyres that does duty on the Tigor EV to be insufficient for spirited driving style.

Mr Jani addresses the common confusion between a Tigor EV and a Nexon EV by stating that an SUV given its bulkier design and higher ground clearance, stresses the electric powertrain more than a sedan such as a Tigor EV. Moreover, a price gap of approximately Rs 3 lakh or more is not justified for his use case.

Tata Motors recently hiked prices of its cars across the board, and the Tata Tigor EV now starts at Rs 12.49 lakh while the Tata Nexon EV Prime starts at Rs 14.99 lakh (ex-showroom).