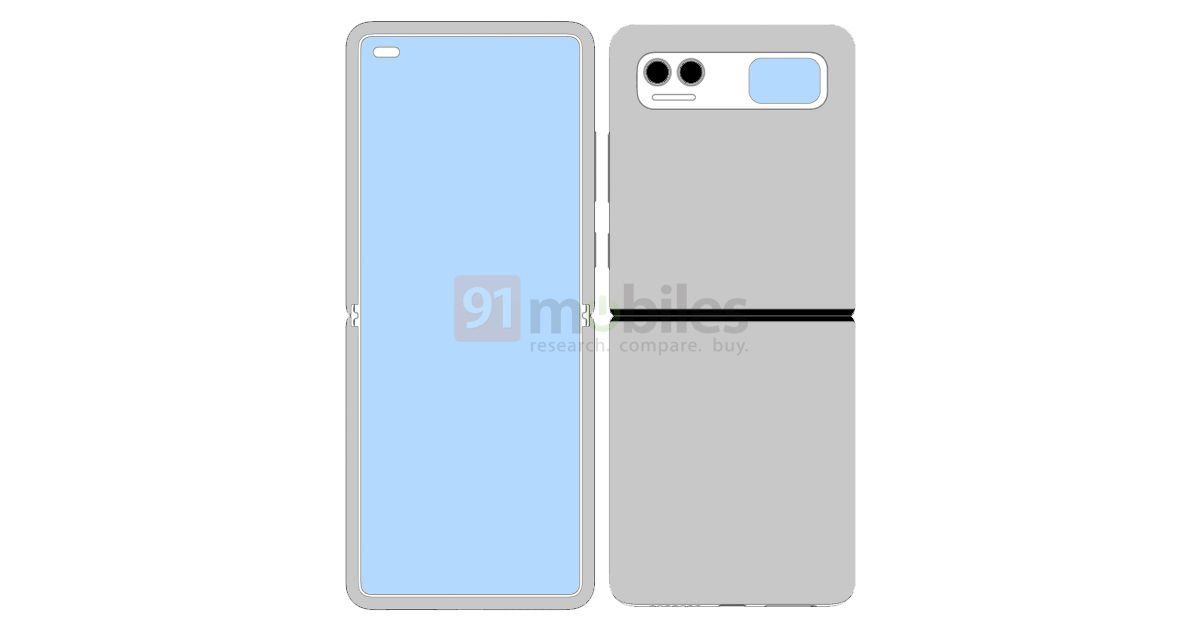 Xiaomi seems to be working on a foldable phone that has a similar folding mechanism as the Samsung Galaxy Z Flip and Moto Razr 5G. The company has filed for a design patent at WIPO (World Intellectual Property Organisation), as discovered by 91mobiles. This shows a phone that folds in the middle similar to a flip phone. However, what makes this unique is the horizontal module on the back that houses two large camera sensors, probably aided by an LED flash. One can also notice a square cutout beside the camera module, which probably could be a small secondary display to show notification icons, time, or function as a camera viewfinder. There are chances it could a large telephoto lens.

Furthermore, the patent images show the flip phone can be folded in half, similar to a laptop. This should help with better multitasking, given the UI is polished enough. The phone has the volume rocker and power button on the right, while the speaker grille, USB Type-C port and SIM tray are present at the bottom. As you would come to expect from any modern phone these days, there’s no 3.5mm audio jack. On the front, it has a pill-shaped cutout to house two selfie snappers or one selfie camera and an LED flash. The phone should have enough crease in the middle where it folds in half.

The Xiaomi phone in the patent images seems to have a slim design, which probably means there will be a sizeable reduction in the battery capacity. Interestingly enough, a Xiaomi flip phone with a circular camera module on the cover was recently spotted by MySmartPrice. However, the rest of the design, including the port placement and pill-shaped punch-hole design remain similar. Since it’s a design patent, there’s no word on the specifications at the moment but if Xiaomi were to launch such a phone, we can speculate it could be a flagship, if not a premium mid-range offering.