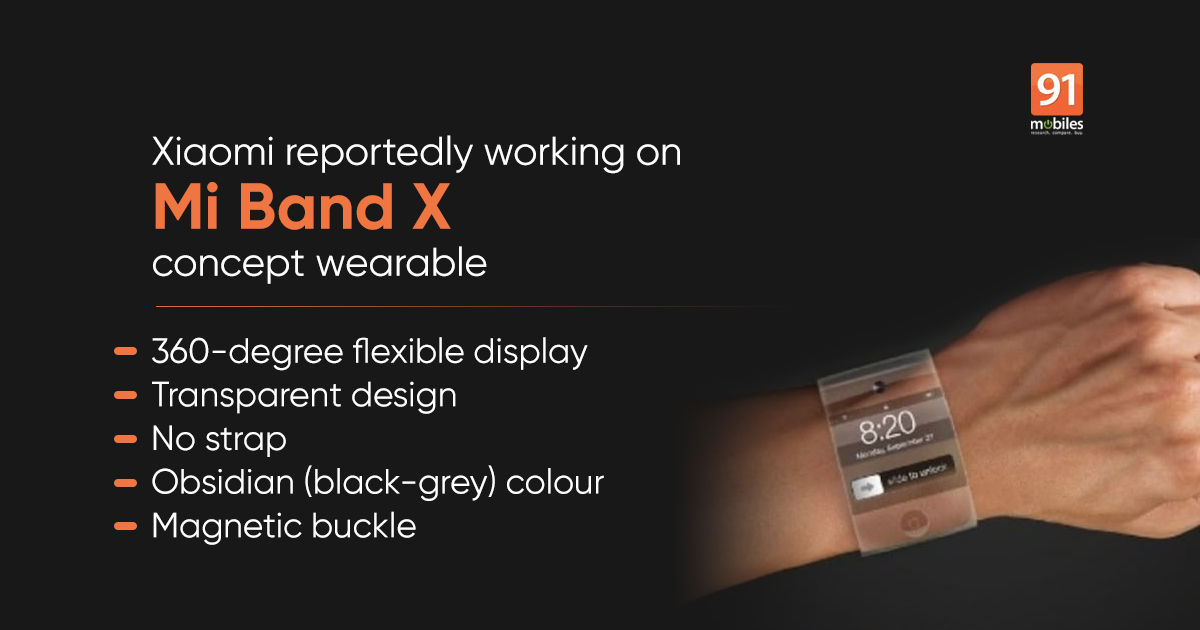 Xiaomi’s Mi Band fitness trackers are quite popular and are considered best sellers in the segment. The latest Mi Band 6 is said to have sold over 1 million units in less than a month after it went on sale. While a successor to it may be too far away, it looks like Xiaomi is planning a concept version dubbed as the Mi Band X and it is said to have a 360-degree wraparound display and a transparent design. According to a Weibo post, Xiaomi is working on a Mi Band with a flexible display that goes around the entire circumference of the device, thereby eliminating the need for a strap. This sounds similar to the Nubia Alpha and Nubia Watch.

Also read: MIUI 13 will bring 3GB additional RAM to Xiaomi phones: here’s how it will work 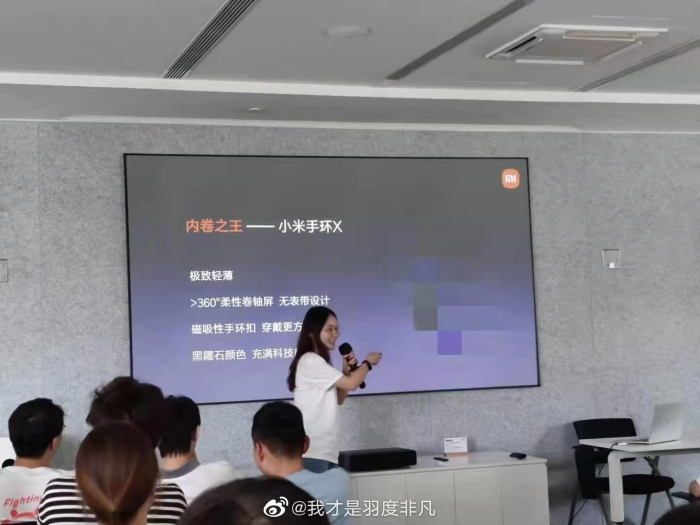 Furthermore, in place of a buckle, a magnet could be used to snap the band around your wrist but how comfortable it will on wearing be is something that remains to be seen. Additionally, the source has also leaked a picture that seemingly looks to be taken from a closed Xiaomi event where a company executive was seen detailing the Mi Band X.

Unfortunately, the Xiaomi concept fitness tracker specifications or the hardware details aren’t revealed at the moment. Moreover, it isn’t clear whether Xiaomi will make this product available for purchase or it will just show off as a prototype similar to the Mi MIX Alpha. We hope to learn more information about the Xiaomi fitness tracker in the days to come. Stick around.