“With its support for dual-band LTE, the Xiaomi Redmi Note 4G is truly a Made for India device.” 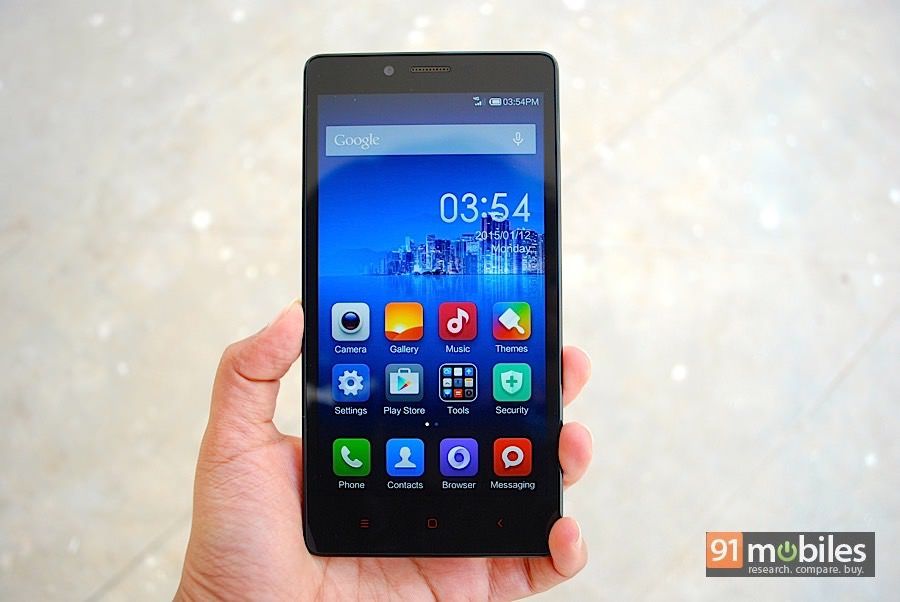 When Airtel first rolled out its 4G services in India, the only two compatible devices on the 2,300MHz spectrum were Apple’s premium iPhone 5c and 5s. A lot has changed in the span of a year, with 4G networks slowly spreading to other states, and several competitive devices compatible with India’s LTE Band 40 being launched, such as the OnePlus One, Lenovo Vibe X2, YU Yureka and Microsoft Lumia 638, to name a few.

Xiaomi, which has been very successful in India’s affordable smartphone space, wasn’t far behind. While its flagship Mi 3 (review) and budget offering Redmi 1s (review) weren’t 4G enabled, the company was quick to rectify this with the Redmi Note. Along with the regular MediaTek-powered variant, Xiaomi also announced the ‘Made for India’ Redmi Note 4G, with support for Indian 4G bands. We’ve already covered the original Redmi Note in our detailed review, and since there aren’t many differences between the two devices, we’re going to focus mainly on what’s different for this one. We should also mention that for the purpose of this review, we tested the Redmi Note 4G on Airtel’s 4G network in Bangalore. 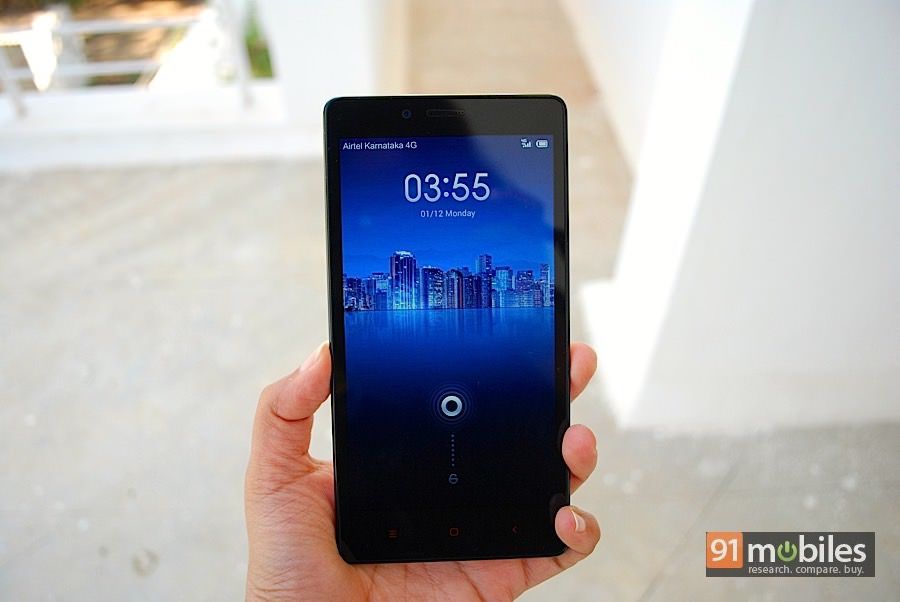 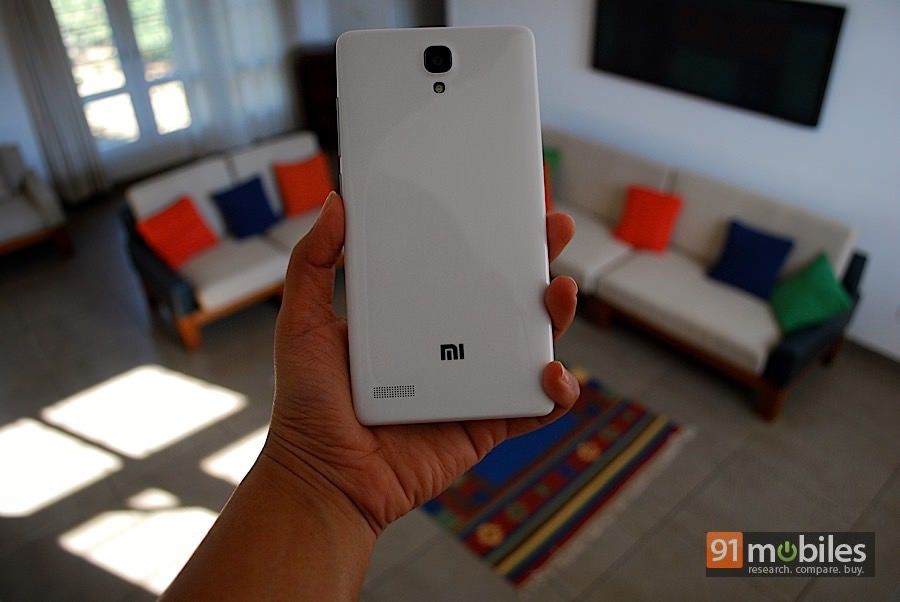 Visually, it’s impossible to tell the difference between the Redmi Note and Redmi Note 4G. They both feature the same combination of a black front and white rear panel, and are equally chunky, measuring 9.45mm around the waist. They’re not the lightest of smartphones either, although the 4G variant sheds a few grams, weighing in at 185g, as opposed to the 3G version which tips the scales at 199g. The front panel features thick bezels around the display, adding even more bulk to the already large form factor. 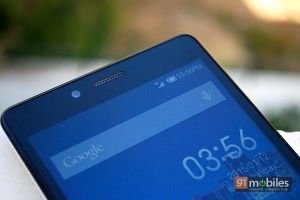 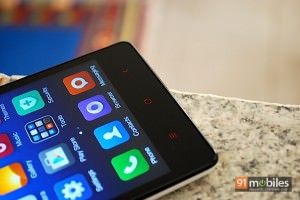 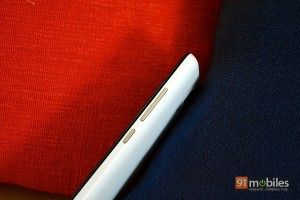 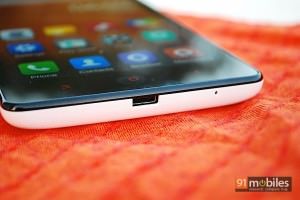 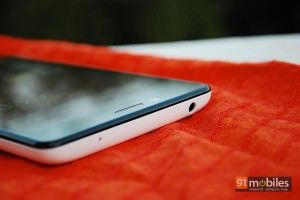 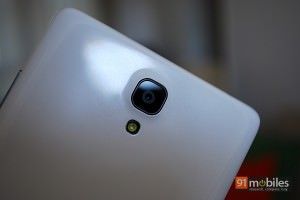 The front camera, earpiece, notification LED and sensors are on top, and a row of capacitive backlit Android keys are at the bottom, outlined in red. The button placement is standard, with the power button and volume rocker on the right, the headphone jack on top, and the microUSB port at the bottom. The glossy removable back panel features the primary camera, flash and loudspeaker. 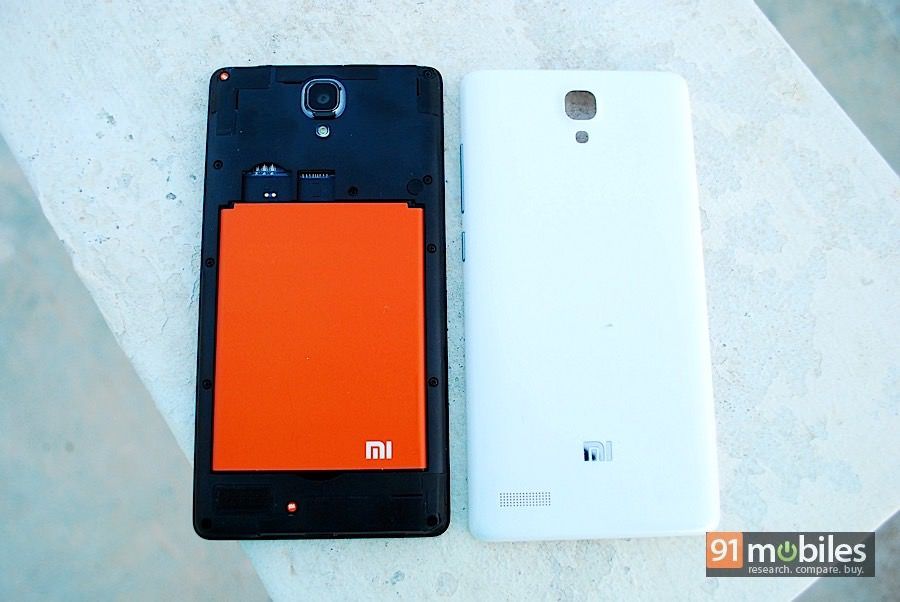 Inside there’s a removable 3,100mAh battery, a full-size SIM card slot and a microSD card slot. Unlike the Redmi Note, the 4G version is a single SIM device, which might be a letdown for some users. We’re also puzzled as to why Xiaomi has continued to use a mini-SIM on this new model, when internationally the standard has shifted to micro and nano-SIMs. 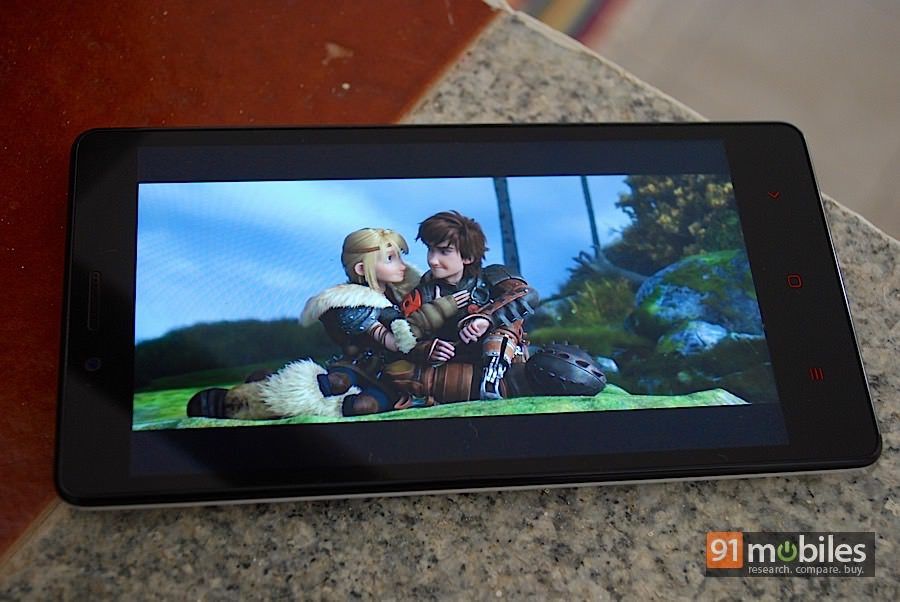 One of the best features of the Redmi Note 4G is its display. At a roomy 5.5-inches, the IPS panel features a resolution of 1,280 x 720 pixels, which despite the low pixel density of 267ppi, is very sharp. When you look at the display, it’s quite evident that the pixels sit very close to the glass, which contributes to its exceptional clarity. Viewing angles are good and brightness levels are high, and the display is usable in sunlight too. Additionally, the screen gets a layer of Gorilla Glass 3 for protection from minor scratches and knocks. 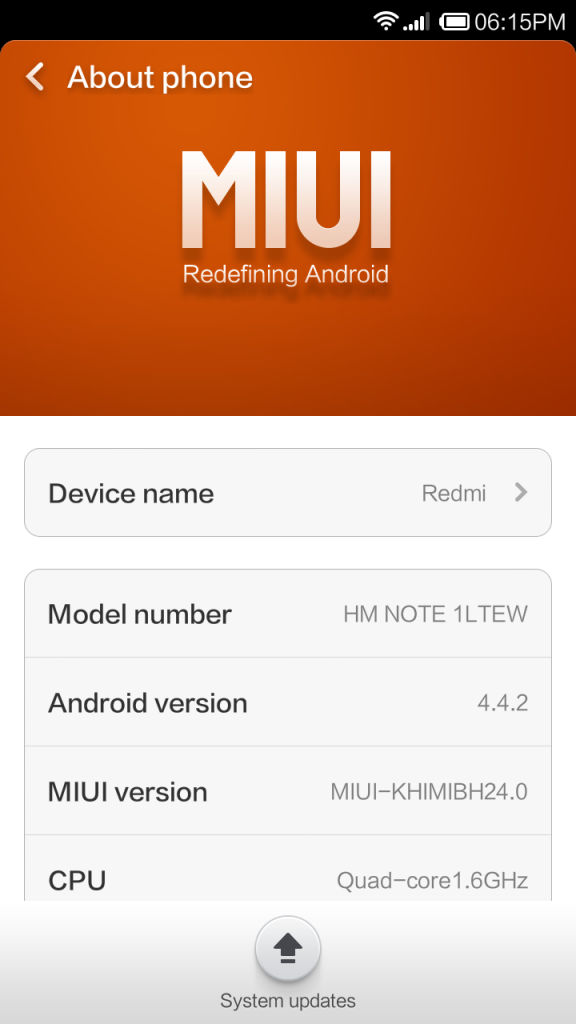 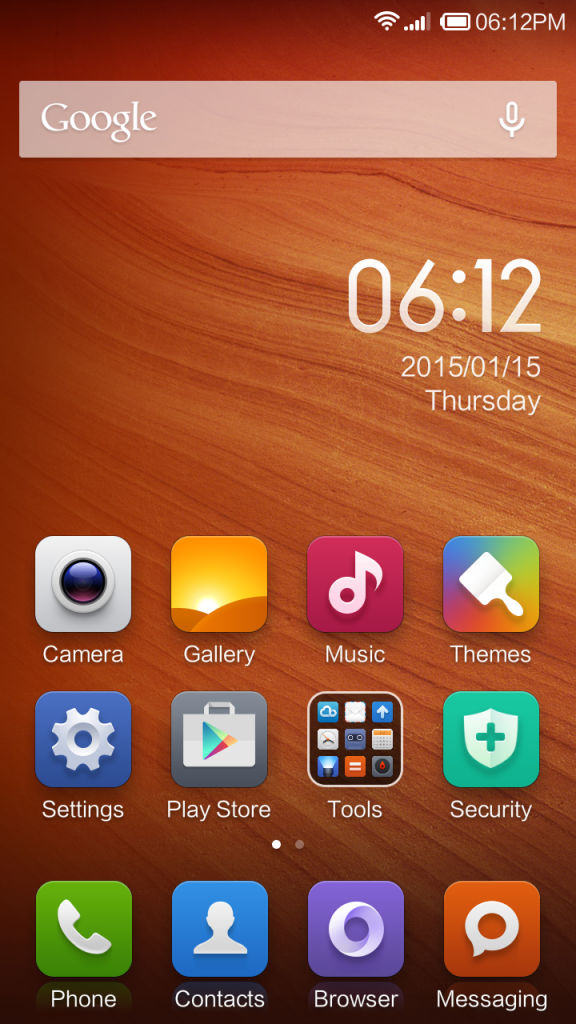 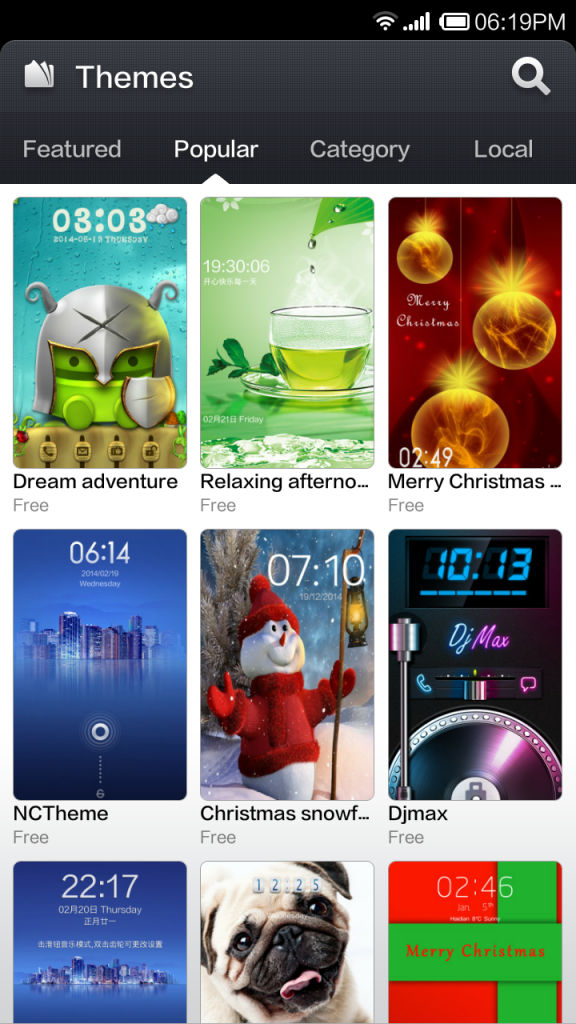 In terms of software, the Redmi Note 4G runs Android 4.4.2 KitKat, as opposed to the dated Android 4.2 Jelly Bean on the Redmi Note. However, both devices run Xiaomi’s heavily customised MIUI 5, so you can’t really tell the difference. An update to MIUI 6 is expected to roll out for the smartphone in February. MIUI is one of our favourite custom user interfaces, packing in tons of features such as a theme store, a full-fledged security suite, Lite Mode and Do Not Disturb, to name a few. For a better understanding of what MIUI offers, check out our reviews of earlier Xiaomi smartphones. It’s also worth noting that the smartphone comes pre-loaded with the Fleksy third-party keyboard, in addition to SwiftKey.

The cameras on the Redmi Note 4G are the same configuration as its lesser cousin, with a 13MP snapper at the back supplemented with an LED flash, and a 5MP shooter in the front. For a budget smartphone, the Redmi Note 4G takes some exceptional shots. It’s quick to focus, producing clear, sharp images in daylight. The HDR mode is effective, and the LED flash doesn’t wash out subjects. Low light snaps are grainy as expected, but overall the image quality is very impressive. Here are some image samples taken with the smartphone’s primary camera. 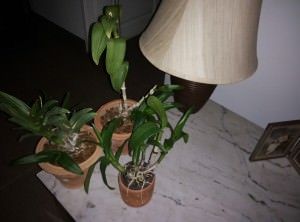 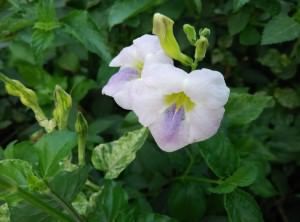 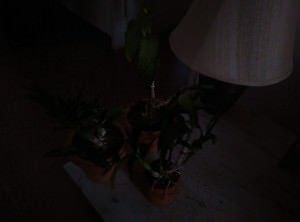 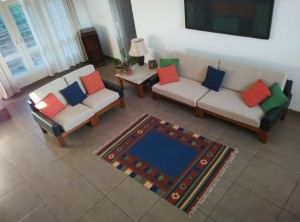 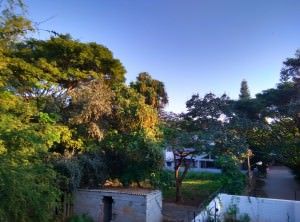 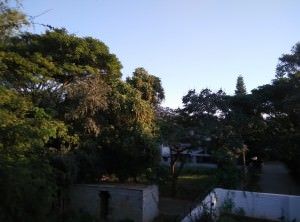 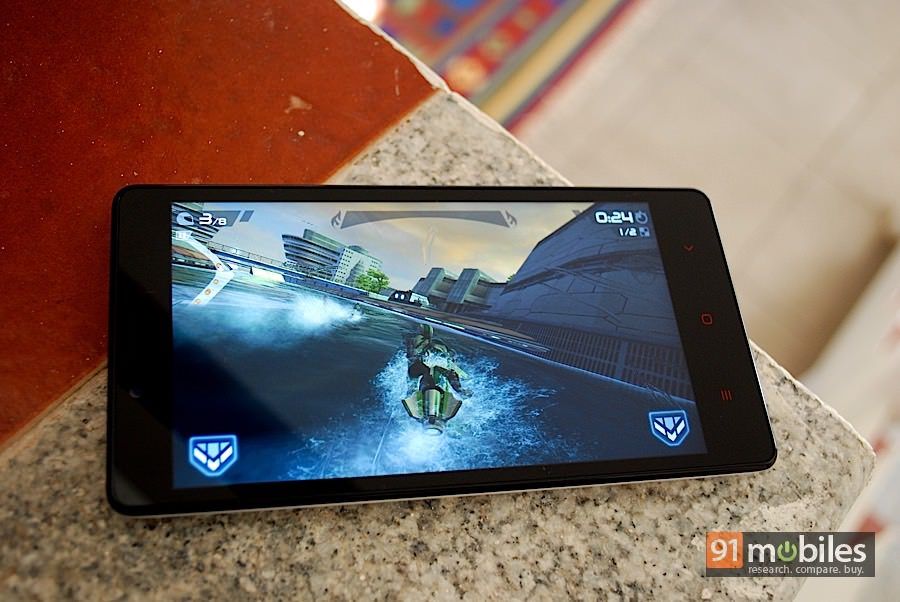 The key difference between the two Redmi Note variants lie in their processors. While the 3G Redmi Note is powered by a 1.7GHz octa-core MediaTek MT6592 chipset, the Redmi Note 4G is equipped with the LTE-enabled quad-core Qualcomm Snapdragon 400 MSM8928 SoC clocked at 1.6GHz. Both variants get the same 2GB of RAM. In our daily use, we found the Redmi Note 4G to be just as capable as its octa-core sibling, powering through multi-tasking and intensive games with ease. We did notice a few jitters when playing graphics-heavy games like Riptide GP2, but nothing that gave us cause for concern. On the plus side, we didn’t encounter the overheating issue we experienced with the 3G variant. In terms of connectivity, the smartphone comes fully loaded, packing in dual-band Wi-Fi 802.11ac, Bluetooth 4.0 LE, GPS and USB-OTG, in addition to 4G. 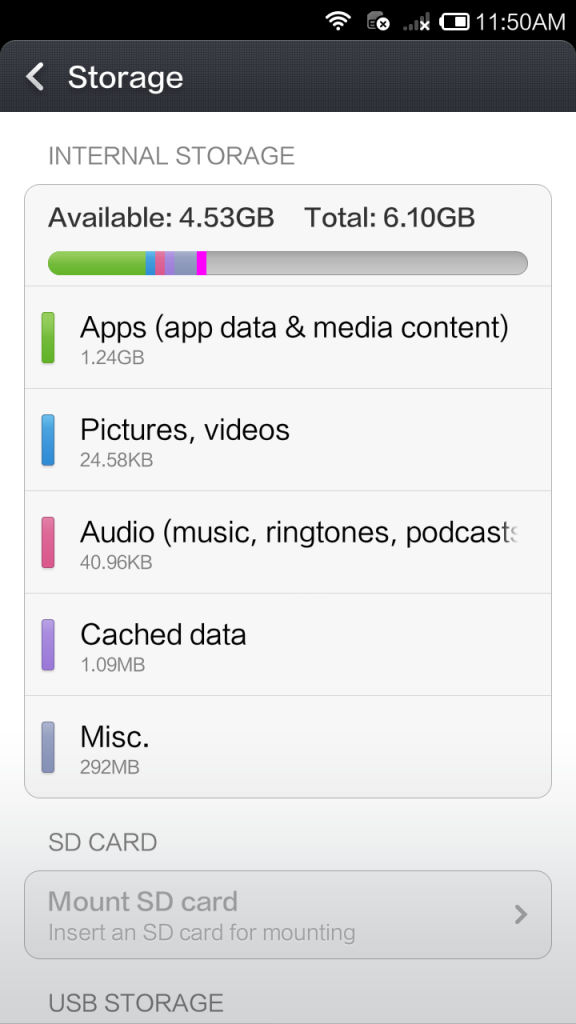 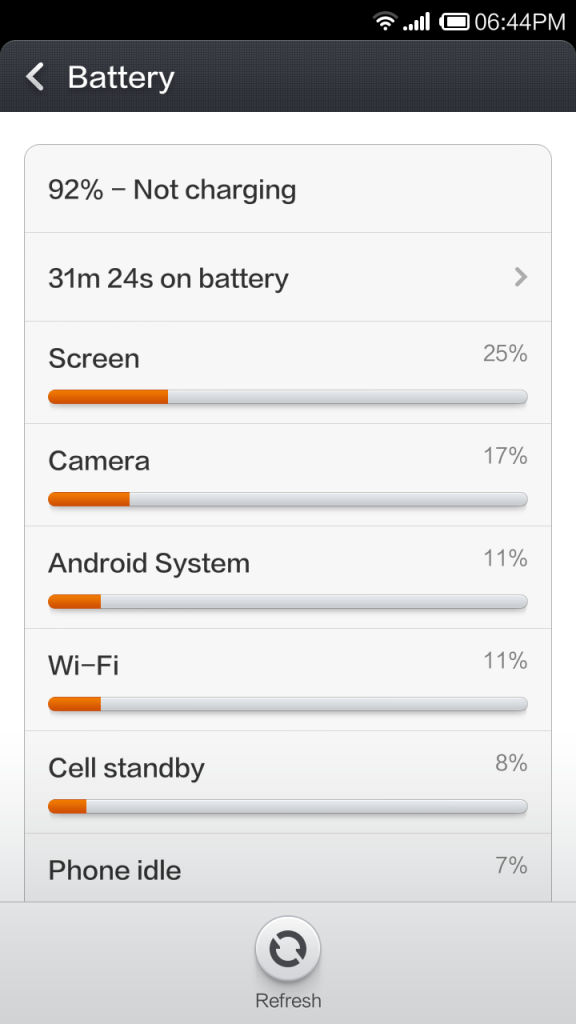 The Redmi Note 4G offers 8GB of internal storage, out of which around 4.5GB is user available on a fresh reboot. The microSD card slot lets you expand the storage up to an additional 64GB, double of what the Redmi Note allows.

The device is equipped with a meaty 3,100mAh Li-ion polymer battery, which according to Xiaomi offers 14 hours of browsing and 38 hours of talktime. In standard usage, we found it easily exceeds a day’s worth of heavy usage, involving phone calls, texts, camera and social media use. We also put the smartphone through our standard battery drain test, where we loop a 720p video with brightness and volume levels set to 50 percent. It lasted for just under 10 hours before running out of juice, which is a good result. 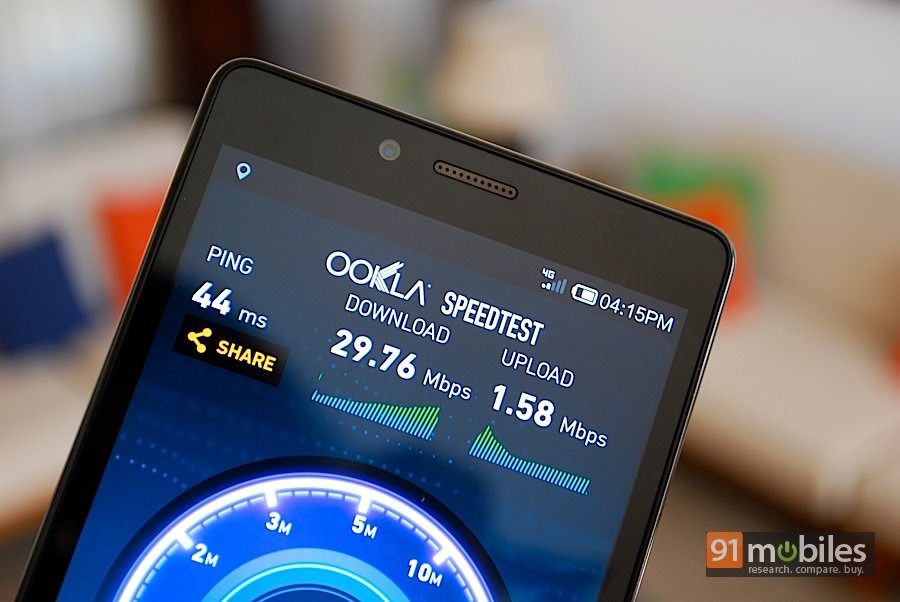 The Xiaomi Redmi Note 4G is a dual-band LTE device, supporting both the spectrums available in India. TDD-LTE 2,300MHz (Band 40) is what’s currently being used by Airtel, and FDD-LTE 1,800MHz (Band 3) has been allotted to Vodafone and is expected to roll out commercially this year. Airtel’s 4G network in Bangalore has been around right from the beginning, and is fairly widespread. We tested the speeds in several locations across the city using the OOKLA Speedtest app. On average, we got good download speeds of 20-28Mbps, but upload speeds averaged at around 2Mbps. However, the speeds tend to fluctuate a lot, sometimes with noticeable changes in different areas of the same house. Overall though, we were quite impressed with the 4G experience. 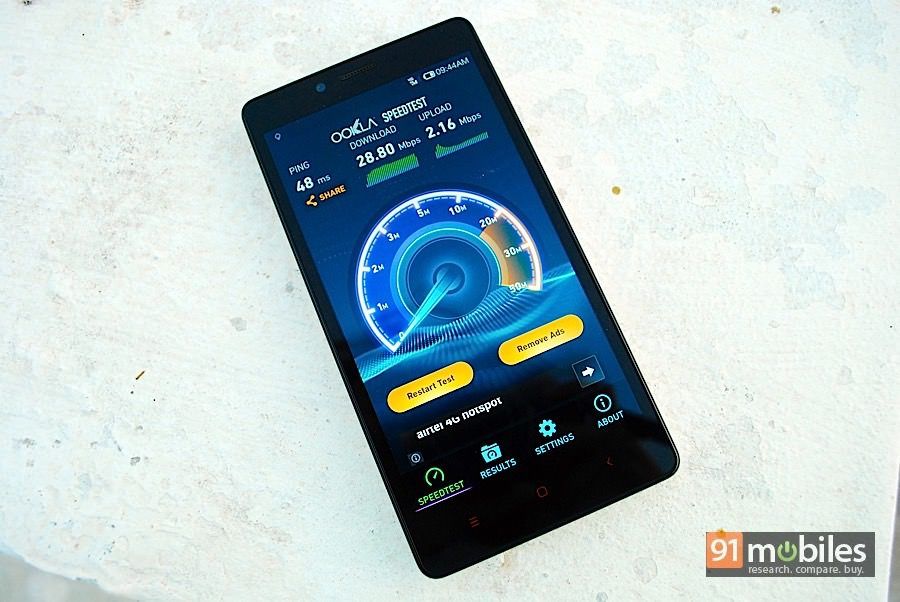 One of the most common dismissals of the Redmi Note 4G is that users looking to buy a budget smartphone can’t afford 4G, but currently, this isn’t the case. At present, Airtel lets users upgrade their existing 3G data plans to 4G for free, so essentially you’re paying the same price for much higher speeds. We don’t know how long this pricing will stay, but for now, it’s a very attractive proposition. In addition, Xiaomi has tied up with Airtel for a limited period offer, giving Redmi Note 4G users double the 4G data benefits for six months. The plans are available across seven cities currently, and you can view the details on Airtel’s 4G website.

Even if you should choose to use the Redmi Note 4G with 3G data, it’s still one of the best smartphones in the sub-Rs 10,000 category. It does get some stiff competition from the likes of the YU Yureka (review) which is priced cheaper and comes with a newer Snapdragon 615 processor. However, the Redmi Note 4G has the advantage of being sold offline through Airtel flagship stores, saving potential buyers the drama and disappointment of flash sales. The Xiaomi Redmi Note 4G scores where it counts – display, performance, cameras and battery life – and with its 4G support, is future-proof for a couple of years at least. Even if the regular Redmi Note does go back on sale, we would still suggest you shell out the extra Rs 1,000 for the 4G version. It’s worth every penny.