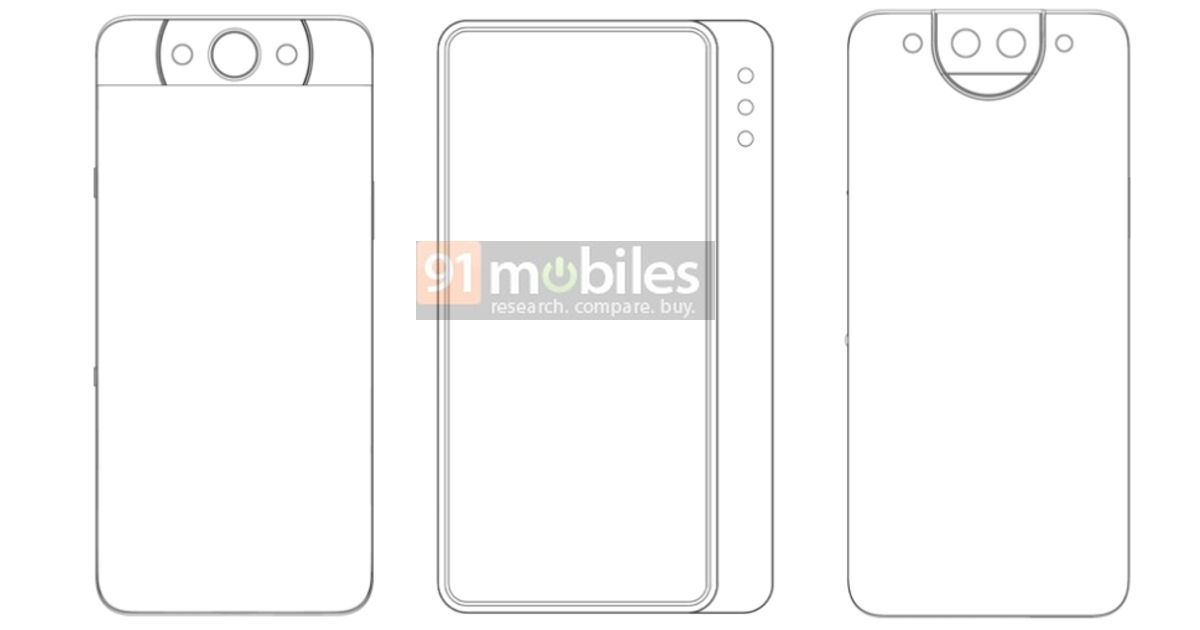 Xiaomi seems to be working on three new smartphone designs as it filed patents at the China National Intellectual Property Administration (CNIPA), as spotted by 91mobiles. Among the three new designs, two of them have a slider mechanism, while the other has a rotating pop-up system for the cameras. This means the phones should do away with punch-hole cutouts and notches to offer a complete display experience. Let’s have a look at the Xiaomi design patents in detail. Starting off with the first patent, the Xiaomi phone has a slider mechanism that slides out from the right side. The slider houses triple cameras on the front for selfies and quad-cameras on the back, bringing the total camera count to 7. The phone offers a complete display experience on the front without any obstruction when watching media or playing games. As for the other slider design, it is on similar lines as the Mi Mix 3. While it isn’t clear, the phone seems to have a manual slider — Sliding the screen down reveals the front-facing cameras. However, there’s also a possibility the slider could be automatic that opens when using the cameras. The front has three cutouts, with one large camera sensor accompanied by two other regular sensors which could be camera lenses or LED flash. The patent images don’t really show the rear camera layout. The last Xiaomi patent has a pop-up mechanism to offer a complete display experience. the phone has quad-cameras at the back arranged vertically. However, the middle two cameras are placed on the slider that pops up and rotates to the front to capture selfies. This is a neat use of space instead of having the pop-up camera and rear cameras separately, Xiaomi has integrated a slider mechanism on the back as evident from the patent images. Since all these designs are still in the patent stage, there’s no way to tell whether Xiaomi would ever launch them as commercial products.