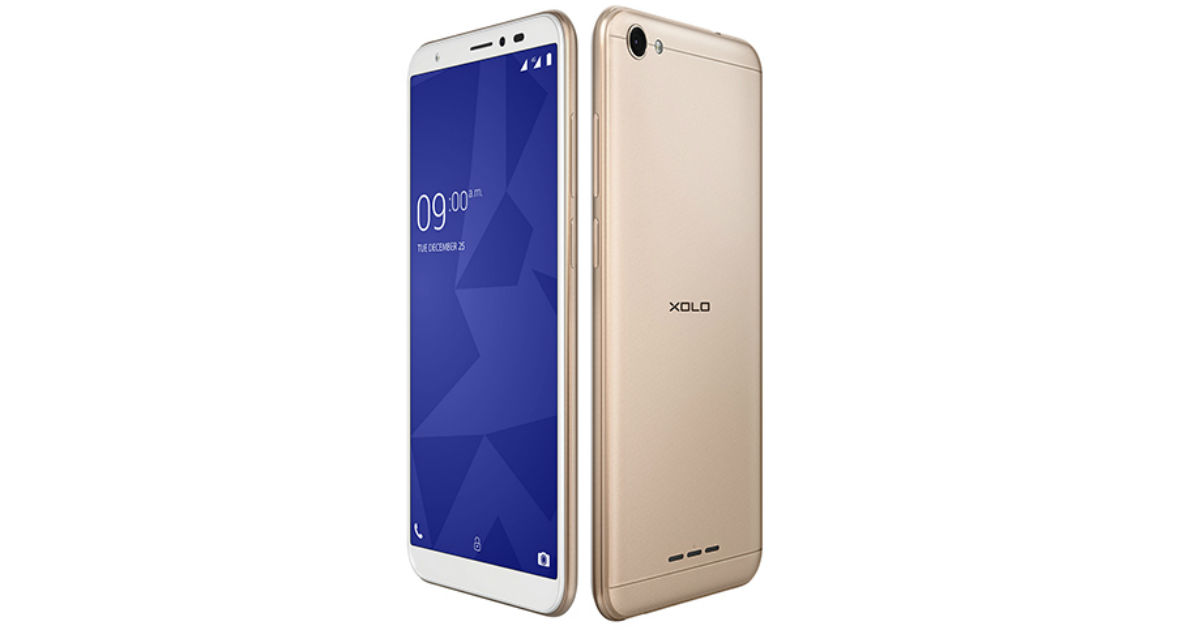 “XOLO Era 4X is an entry-level smartphone that comes in two RAM variants and a 3,000mAh battery”

XOLO has launched the Era 4X budget smartphone in India with a 30-day money-back offer exclusively via Amazon India. The new XOLO Era 4X is a budget smartphone that runs Android Oreo (Go Edition) software on the base variant with 1GB RAM and Android 8.1 Oreo on the 2GB RAM option. Apart from this smartphone, XOLO detailed the specifications of the Era 5X smartphone as well at the event.

The XOLO Era 4X price in India for the 1GB RAM variant is Rs 4,444, while the 2GB RAM variant of the handset is priced at Rs 5,555. It will go on sale starting today exclusively via Amazon.in. The company said buyers who are not satisfied with the device can return it within 30 days at any official service centre and get a full refund.

In terms of launch offers, the XOLO Era 4X will provide Jio users with cashback of Rs 1,200 on recharges of Rs 198 and Rs 299 in the form of 24 vouchers of Rs 50 each in the MyJio app. On top of this, the customers will get additional 50GB data over a period of 10 months.

Sunil Raina, President and Business Head, XOLO, said, “Apart from being packed with the latest features we also guarantee a 30 days money back option for customers who, for any reason, do not like the product. This offer is a statement of our confidence in product quality and experience that has been made possible by our in-house design capabilities. We are also working on expanding our product portfolio and more devices will be launched in the near future so as to make our products available to larger audiences.” 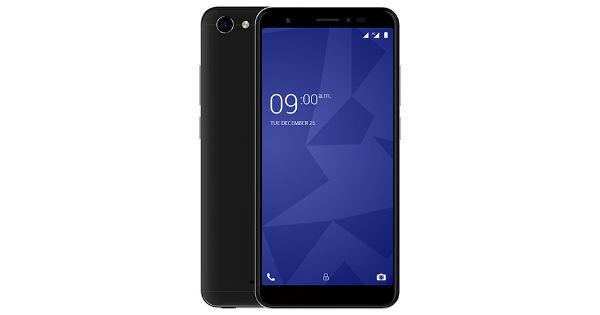 As mentioned above, XOLO Era 4X is an entry level smartphone, with specifications to match. It has a 5.45-inch HD+ (720 x 1,440 pixels) display with 18:9 aspect ratio and is powered by a 1.5GHz quad-core MediaTek processor. It comes with 16GB internal storage for both variants, with support for microSD cards of up to 64GB capacity.

On the back of the XOLO Era 4X is an 8-megapixel camera with bokeh effect and HDR support, while the front camera has 5-megapixel resolution and is accompanied by a selfie flash. The 2GB RAM variant also supports Face Unlock for security — neither variant has a fingerprint sensor. In terms of connectivity, the handset gets Wi-Fi, 4G VoLTE, Bluetooth, dual-SIM dual-standby support, microUSB 2.0, and GPS. It has a 3,000mAh battery that is claimed to deliver talk time of up to 18 hours. The smartphone comes in Gold and Black colours, weighs 139 grams, and is 8.64mm thick.

XOLO Era 5X specifications were also revealed at the event, but the company said its price and availability details will be provided later this month. The smartphone will have have 5.7-inch HD+ screen with Gorilla Glass 3 protection and run Android 8.1 Oreo-based Star OS 5.0 custom skin. It will be powered by the 2.2GHz quad-core MediaTek Helio A22 processor with 3GB of RAM and 32GB of onboard storage. 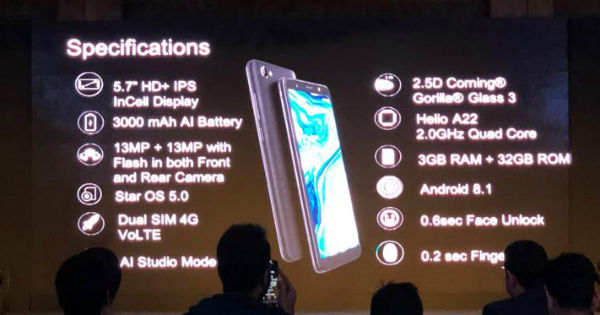 The upcoming XOLO Era 5X will feature 13-megapixel cameras with LED flash on both the front and the back. It will feature an AI Studio Mode to enhance images. The smartphone will feature Face Unlock that can unlock the handset in 0.6 seconds, while the fingerprint sensor will be faster at 0.2 seconds. Other key XOLO Era 5X specifications include dual-SIM support with 4G VoLTE and 3,000mAh battery.