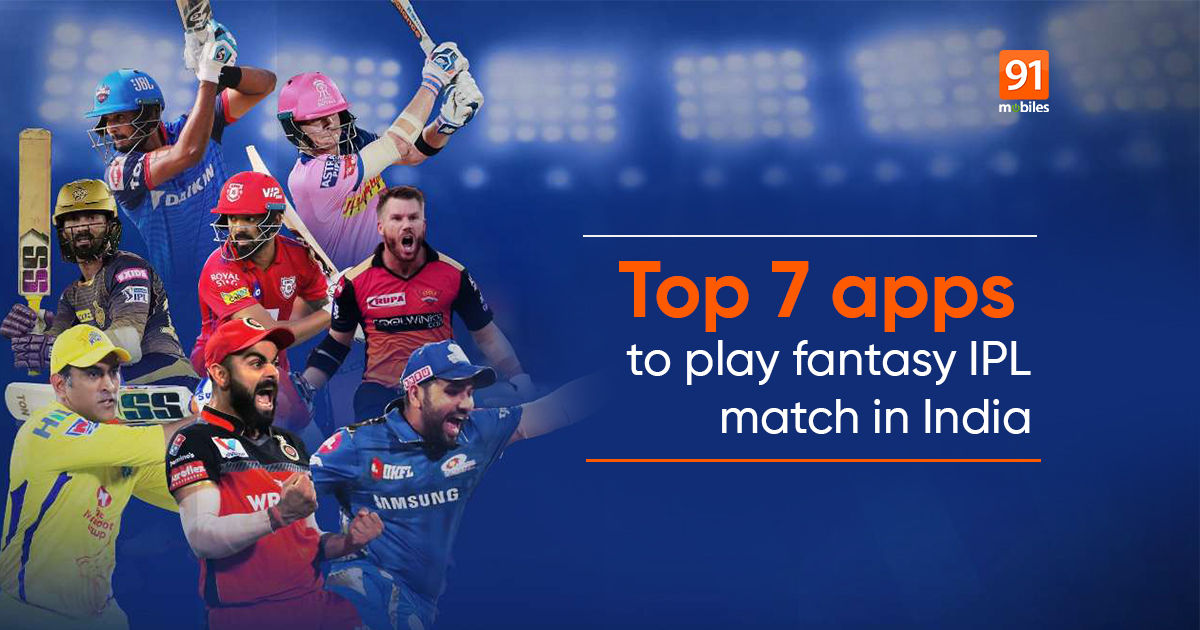 The Indian Premier League or IPL 2021 is back in action after a brief hiatus due to unforeseen circumstances. The popular cricketing event is taking place in UAE for the next few weeks, where global cricket superstars have descended together. You have eight franchises battling for the top four qualification spot. But for viewers, IPL is not just about watching 20-20 cricket matches. You can also build fantasy teams, compete with others, win points and stand a chance to win handsome prizes. And to make things simpler, you have a plethora of IPL fantasy apps available for Android and iOS devices.

What are fantasy apps?

Fantasy apps give you the chance to create a virtual IPL cricket team, with your choice of batsmen, bowlers and fielders. You have to create an account on any of the fantasy apps, pay a small fee to play the game. But unlike real cricket, fantasy cricket operates on how the players chosen by you fare during the game. For instance, how many runs, wickets, or even catches they take. Some other aspects include the batsmen strike rate, which is a must in 20-20 cricket format. Based on all these parameters you score points and compete with other fantasy teams on the platform. Here are the best IPL fantasy apps to get you started.

Fantasy apps are not available for download on Google Play Store. This is because the company prohibits gambling. Android users will have to head over to the fantasy apps websites to download the apps on their mobile phones.

You have seen a lot of Dream11 ads between IPL matches, and that’s because it is the official fantasy game partner of IPL 2021. The fantasy app claims to have over 11 crore users on its platform, with the chance to win over Rs 50 crore in a day. Dream11 has multiple options to get you started. You can start with the Beginners level, where the entry fee is just Rs 50. Once you start winning more and get confident about your skills, you can move to the next level where you compete with another player and the winner takes all the money. And finally, you have the Champions level, which primarily is meant for the expert fantasy players. Over here, both the fees and winning prize are as high as lakhs. 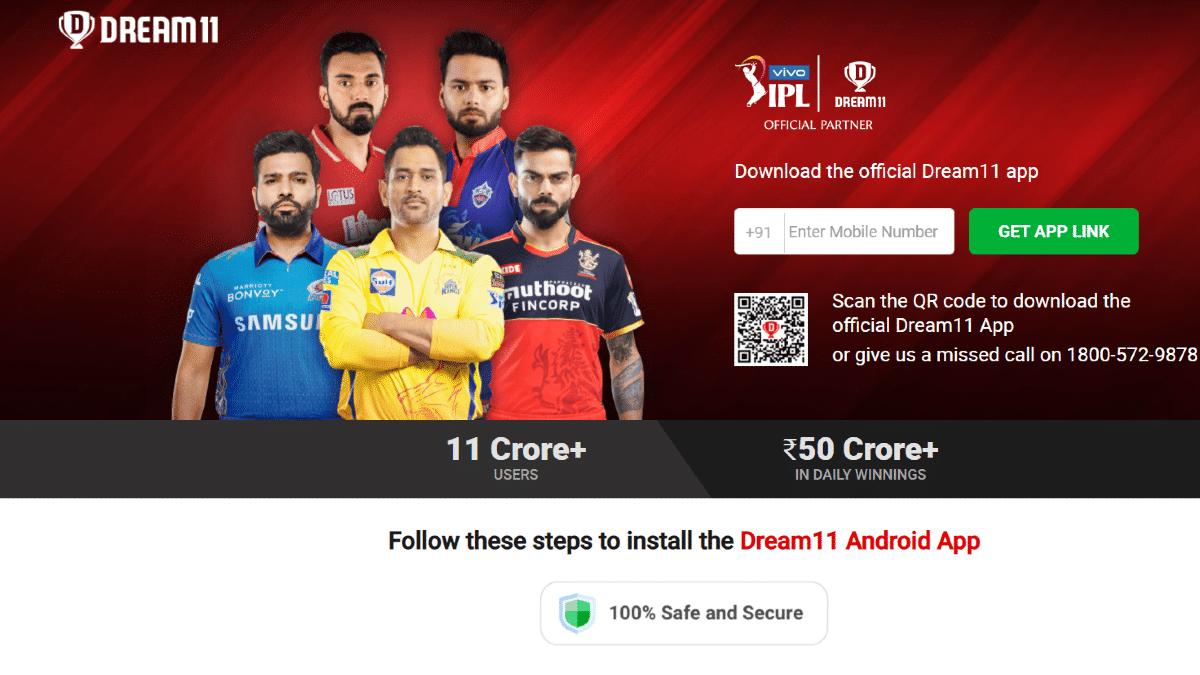 Every time you win a game, you go to the next level that gives you a cash bonus, free entry and more. You can also earn Rs 100 every time you invite a friend to Dream11. The platform allows you to pay via UPI apps like Paytm, Google Pay, Amazon Pay among others. If you want to download Dream11 on an Android phone, follow the links below to get started. The app is not available on Google Play Store, you have to rely on the company’s official channel. For iOS users, Dream11 is listed on Apple App Store.

MPL is another cricket fantasy app that gives you chance to win handsome prizes by making a fantasy IPL team every day. Like Dream11, you can download the MPL game from its official website instead of Google Play Store for Android devices. All you have to do is share your mobile number, get an SMS link and download the apk file to your device and install the app to get started. MPL says it has 6 crore+ users who are winning close to Rs 40 crore daily. The app’s interface is similar to that of Dream11 which makes it easy to use. 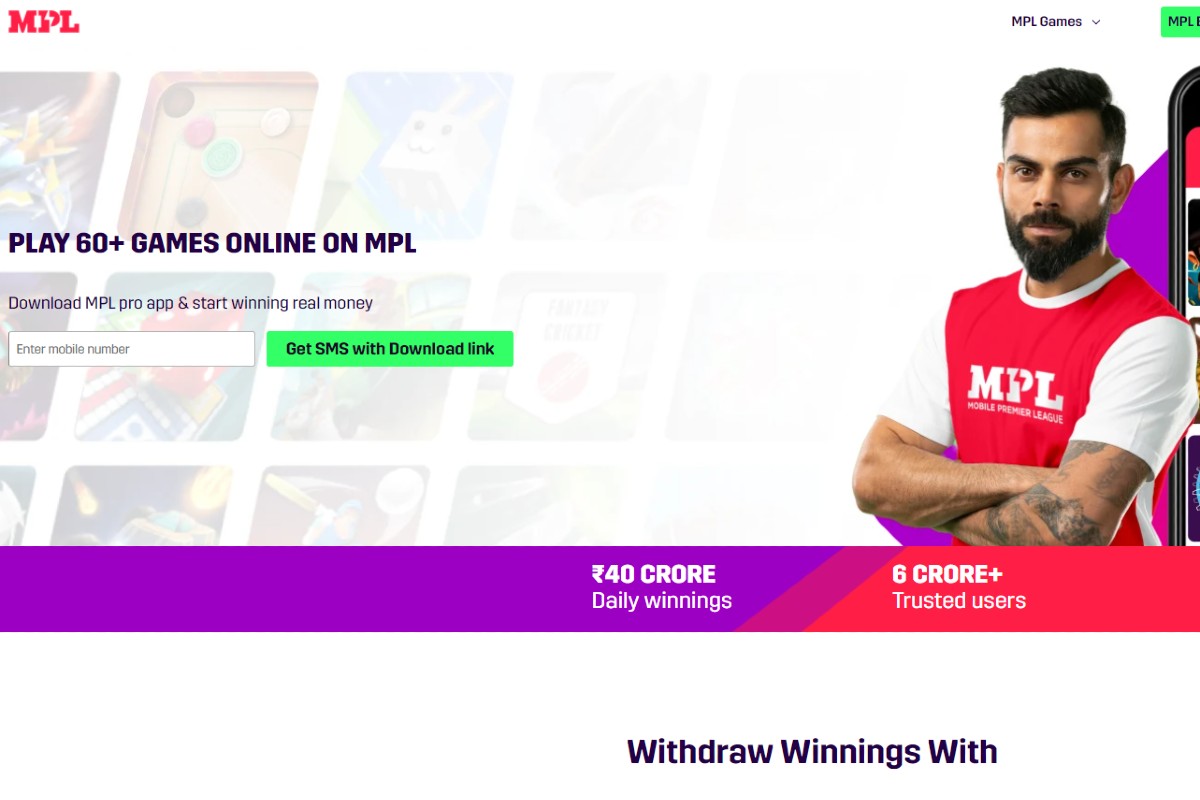 MPL has set up dedicated customer support which is available 24×7 for any issues that you face. MPL games start from Rs 5, which gives more people the chance to experience fantasy cricket. MPL has multiple contest options for players; pool, private, and free. Out of these, the pool contest is your best chance to win high cash rewards. The app gives you 5 percent money back in the wallet if you lose a cash contest. You can also win bonus cash by referring someone to MPL or earning points by winning. MPL has a special VIP membership which costs between Rs 49 and 99 per month. You get extra goodies for playing and winning through this model.

Next up you have the My11Circle which is widely advertised by cricketing legends like Saurav Ganguly, VVS Laxman, Shane Watson and even Bollywood superstar Ranveer Singh. Sign up with the platform, choose the sport (IPL in this case) and start building your team, with a captain and vice-captain appointed. My11Circle has over 1.5 crore users on the platform and claims people have won over Rs 500 crore in prize money. 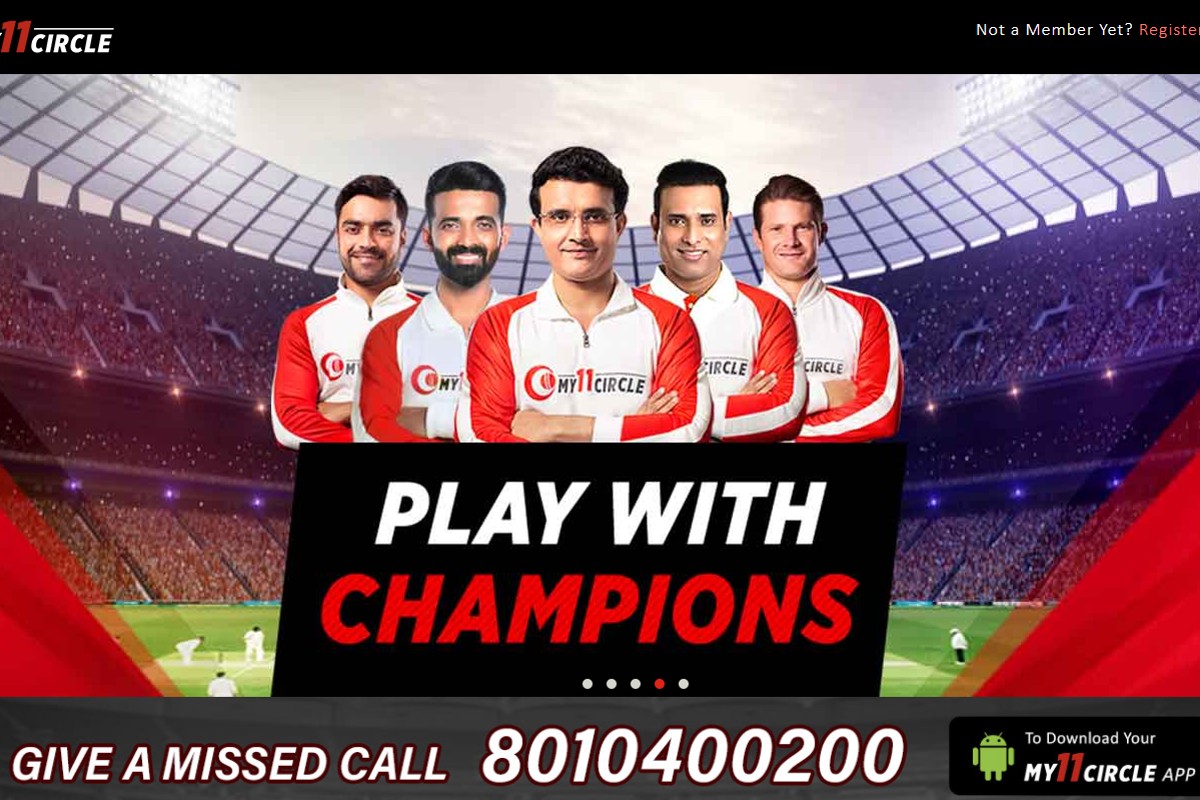 It offers cash and practice contests for players. You get 100 credits to build a team of 11 players, and you can track player performance on the app at any time. Also, you need to select a match for which the players will be judged and given points. My11Circle gives you detailed pre-match analysis which includes pitch reports, power players, smart picks and predictions. If you have an Android phone, give a missed call on 8010400200 to get the My11Circle app on the device.

First Games is the fantasy game app from popular mobile wallet player Paytm. Again, you need to rely on the official website or Paytm app to download the First Games app on an Android phone. Sign up using your details, create a team and compete with other players on the platform based on the performance of the players you have picked in the team that day. Paytm First Games lets you win up to Rs 10 crore in prize money, and has been trusted by over 5 crore users to date. 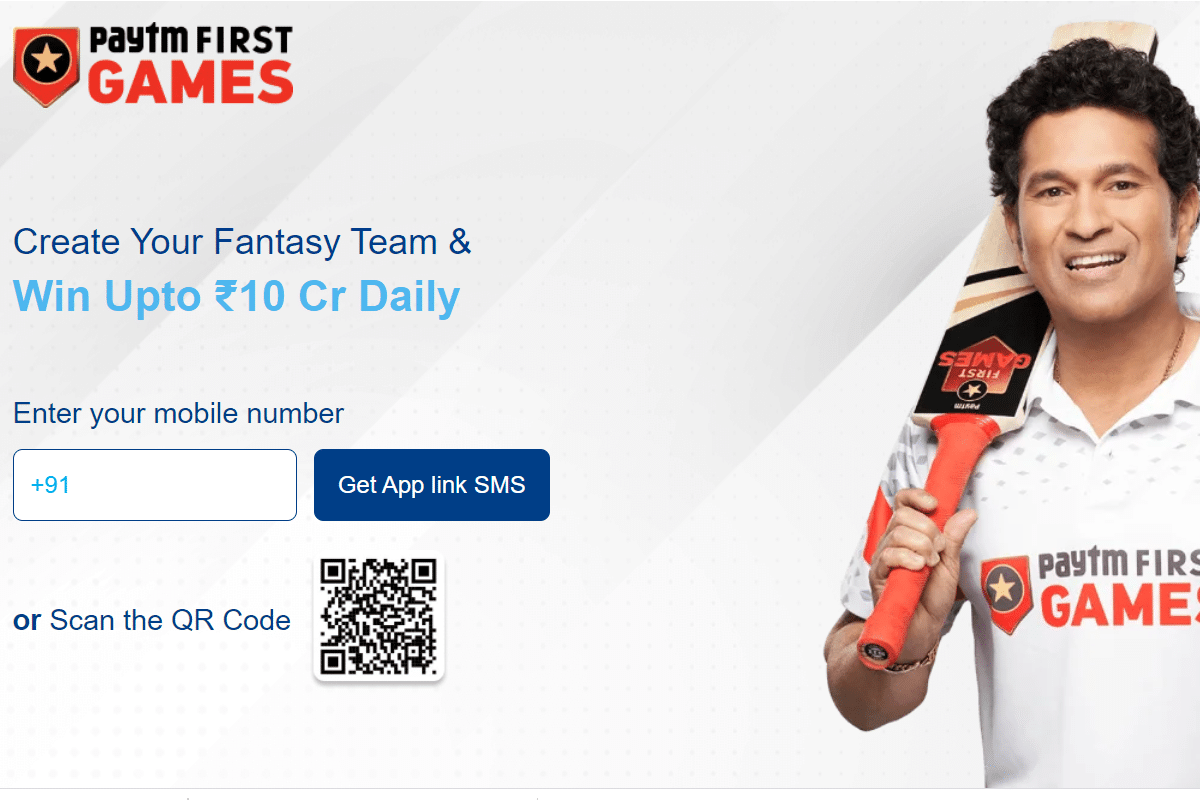 Just for signing up, you get Rs 50 as a reward, and its referral scheme gives you the chance to win up to Rs 10,000. Paytm First Games offers a special feature called Guru, where experts give you their preference of players. The platform also has Missions, which helps you earn points for small things like make a team, play multiple contests etc. Paytm First Games has contests like Mega, 100 percent Cashback, Hot, Winner Takes All, Top 3 win and more.

MyTeam11 app for Android can be downloaded following the steps given on its website. It claims over 18+ million users have registered, with Rs 5 crore winning every day. After you sign in, select a match from the upcoming schedule to play with your fantasy team. 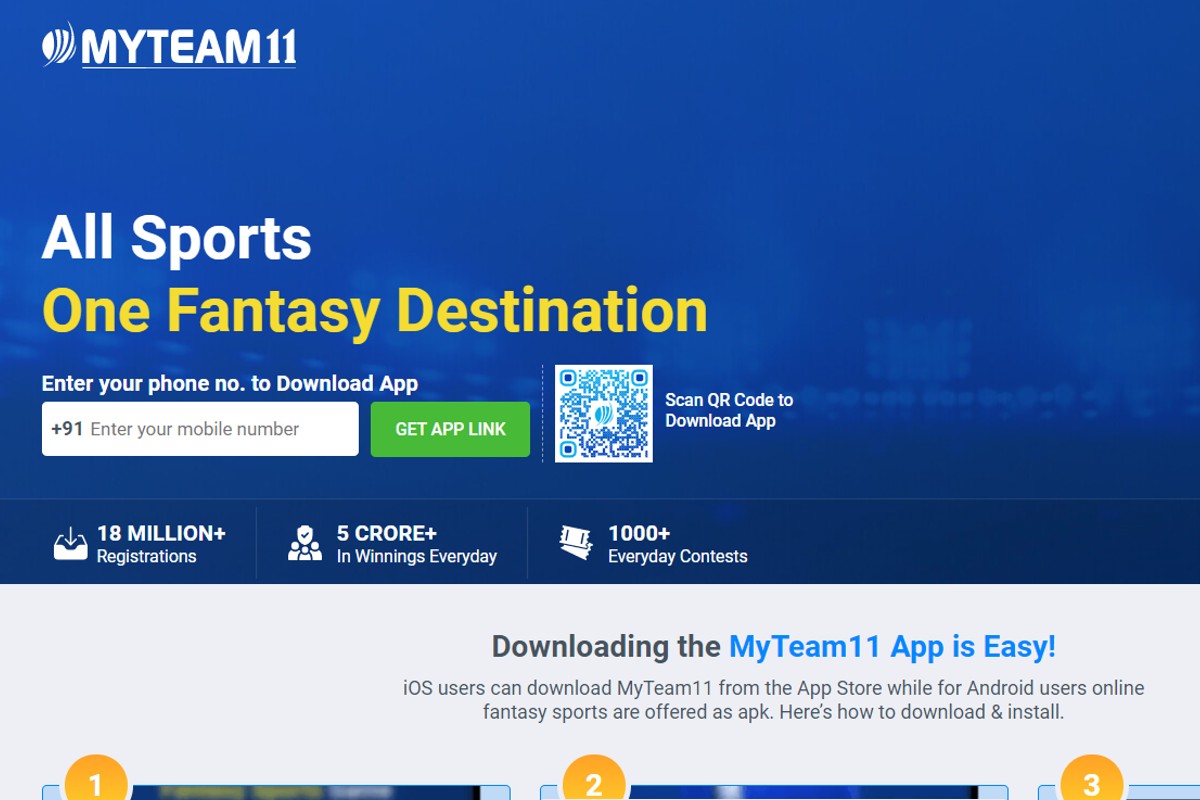 Fanfight also gives you APK file that runs on an Android phone. For iOS users, you have the official app from Apple App Store. Fanfight offers daily prizes up to Rs 2.5 crore and up to Rs 15 lakh in mega contests. 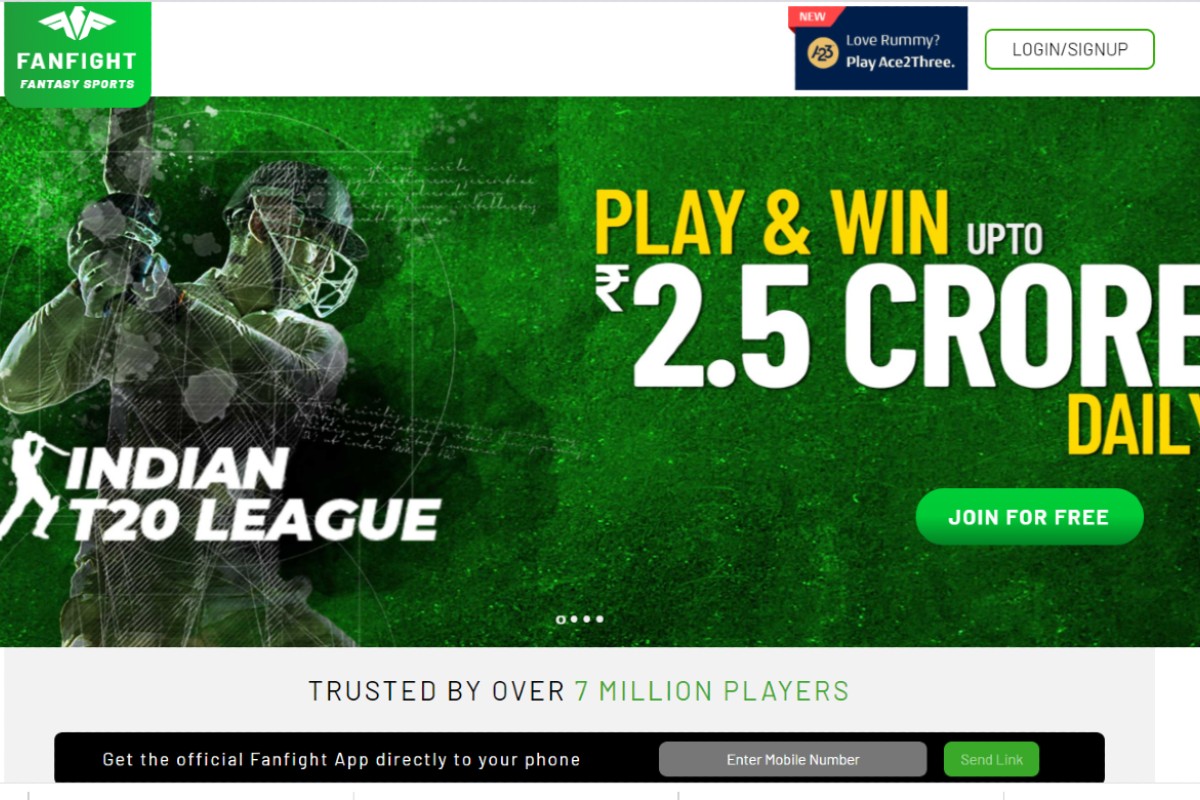 With Fanfight you create a team and line them up against any team playing at that moment. With every run scored, catch or wickets were taken, your team earns points, which can be credited as money later.

IPL 2021 has its official fantasy cricket platform. Sign in with your credentials, build a team of 11 players, comprising of batsmen, bowlers, fielders and wicketkeepers. This platform is powered by Dream11 so the method and contests remain the same, including the prize rewards you can earn when the team wins. Head over to the official IPL 2021 website for the fantasy contest.

Disclaimer: This article contains information provided on company websites. 91mobiles doesn’t endorse any of these apps. Fantasy games are online betting, which can be addictive and include financial risks. Play only if you are above 18 years and enjoy responsibly.

IPL 2021 schedule, points table, how to watch live, and everything else you need to know