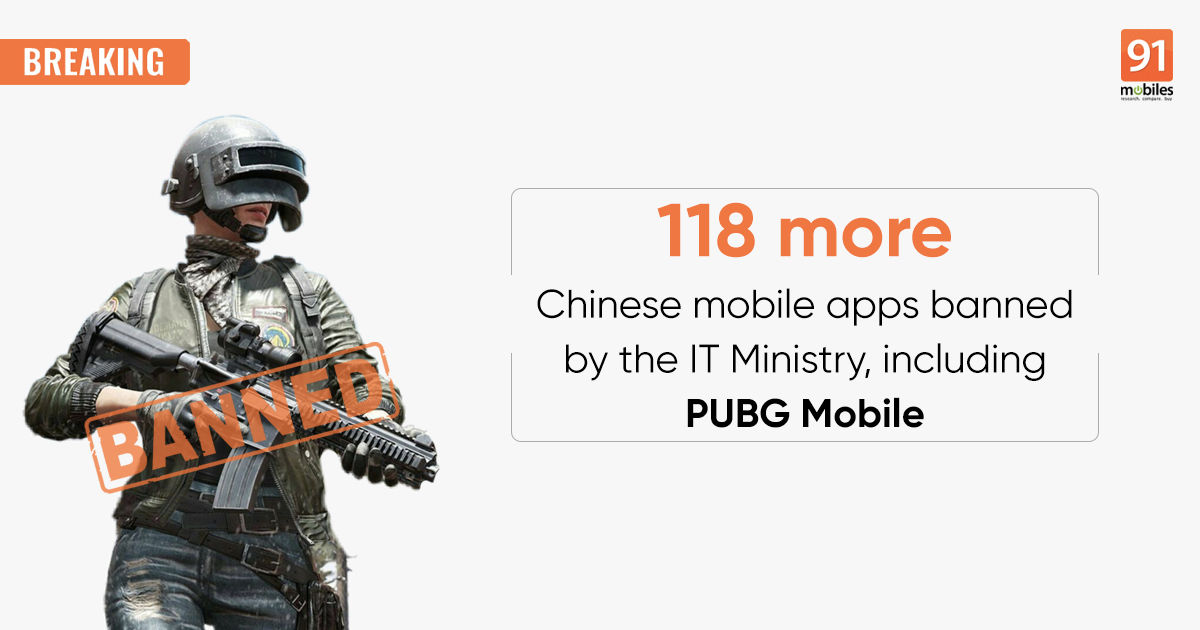 PUBG Mobile and 117 more Chinese apps have reportedly been banned in India by the IT Ministry. This was first revealed by Political Editor and NDTV India anchor Akhilesh Sharma via a tweet, although we wait for an official confirmation. From what we know so far, 118 Chinese apps have been banned, including the famous mobile battle royale game PUBG. As per Sharma, the list of banned apps include CamCard, Baidu, Cut Cut, VooV, Tencent Weiyun, Rise of Kingdoms, and Zakzak.

Breaking News: 118 more Chinese mobile Apps banned including PUBG by the IT Ministry

ANI reports that the Indian government has blocked 118 apps which are “prejudicial to sovereignty and integrity of India, Defence of India, Security of State and Public Order”. PUBG Mobile Nordic Map: Livik, PUBG Mobile Lite, WeChat Work, and WeChat reading are among the banned mobile apps. The government has published the list of 118 apps, which includes apps like Ludo World, Cleaner, Alipay, Sina News, VPN for TikTok, and Arena of Valour. You can read the full list below. The ban on PUBG Mobile was expected ever since the government started banning Chinese apps back in June. 59 apps were originally banned, including TikTok, CamScanner, ShareIt, Xender, and more. In July, the government banned 47 more Chinese apps which were said to be clones of the original 59 banned apps. PUBG Mobile is a wildly popular mobile game with 30-40 million monthly active users in India alone, as per a Times of India report last month.