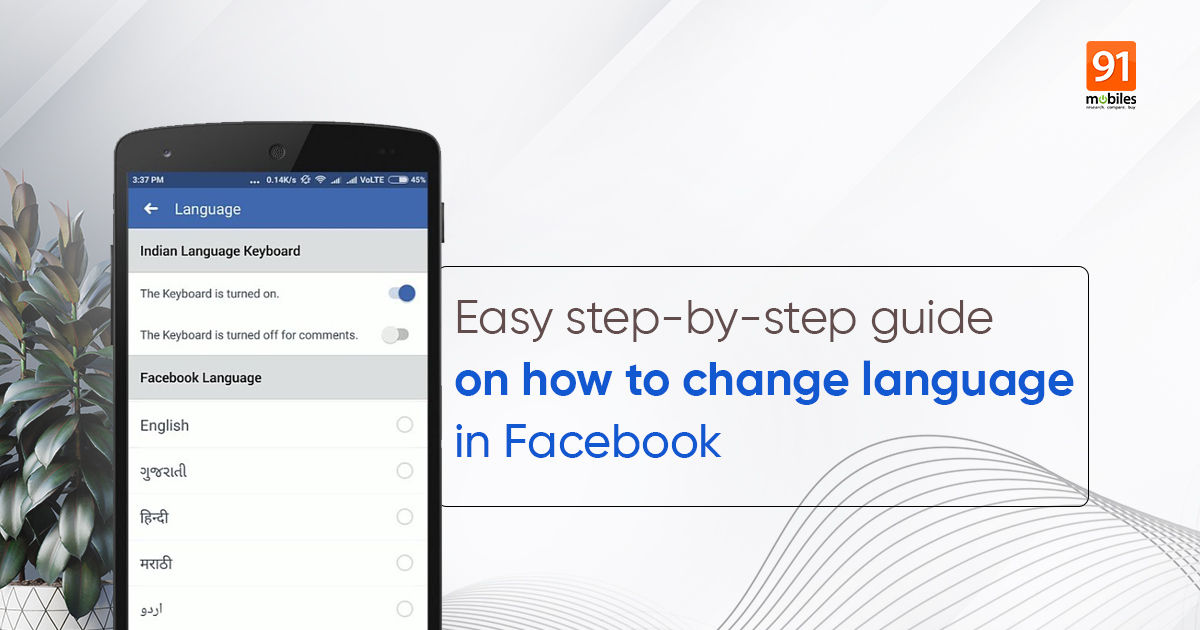 Facebook is said to have over 2.85 billion monthly active users. One of the reasons why it enjoys such popularity is the social media platform’s availability in multiple languages. Facebook supports 100+ languages, including Hindi, Tamil, Marathi, Telugu, French, Spanish, and more to help you understand the platform better and get the most out of it. While the language is set to English by default in most cases, there is an option to change it to your own mother tongue. That’s exactly what we’ll be guiding you about on how to change the language of your Facebook account on both mobile and laptop. So without any further ado, let’s take a look:

Changing the language on the Facebook app is even easier than posting a story! There can be several reasons to do so like browsing through the posts in your own mother tongue, or maybe someone accidentally or intentionally changed the app language. Whatever the case be, here’s how you can switch to your preferred language in the FB app for Android and iPhone.

In just a few easy steps, you can scroll through Facebook on any preferred language

Also Read Facebook has been renamed to Meta: here’s what that means for you

Changing the app language on iPhone is pretty similar to Android. Here’s how:

Changing language of the Facebook website is also pretty straightforward. The changes you make here will not reflect on the FB app. Here’s how you can go about it: 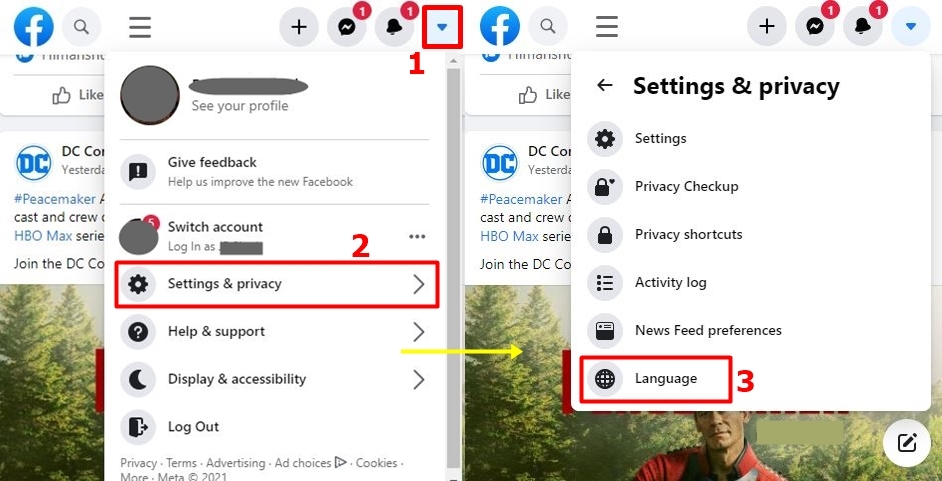 Facebook supports more than 100 languages such as English, French, German, Spanish, Korean, Portuguese, Mandarin Chinese, Arabic, eight Indian languages and many more. All the prominent and most spoken languages are available on the platform to choose from.

How to undo language change?

You can revert back to your default language by just following the above-mentioned steps for Android, iPhone and the Facebook website accordingly. In case the current language is unrecognisable, with help of icons browse through the settings and make your way to the last step i.e. the language dropdown. Refer to the screenshots above.

So, folks, are were several ways you can change Facebook language be it on the app or the website. With so many languages now supported by FB, you’re most likely to find your native one.