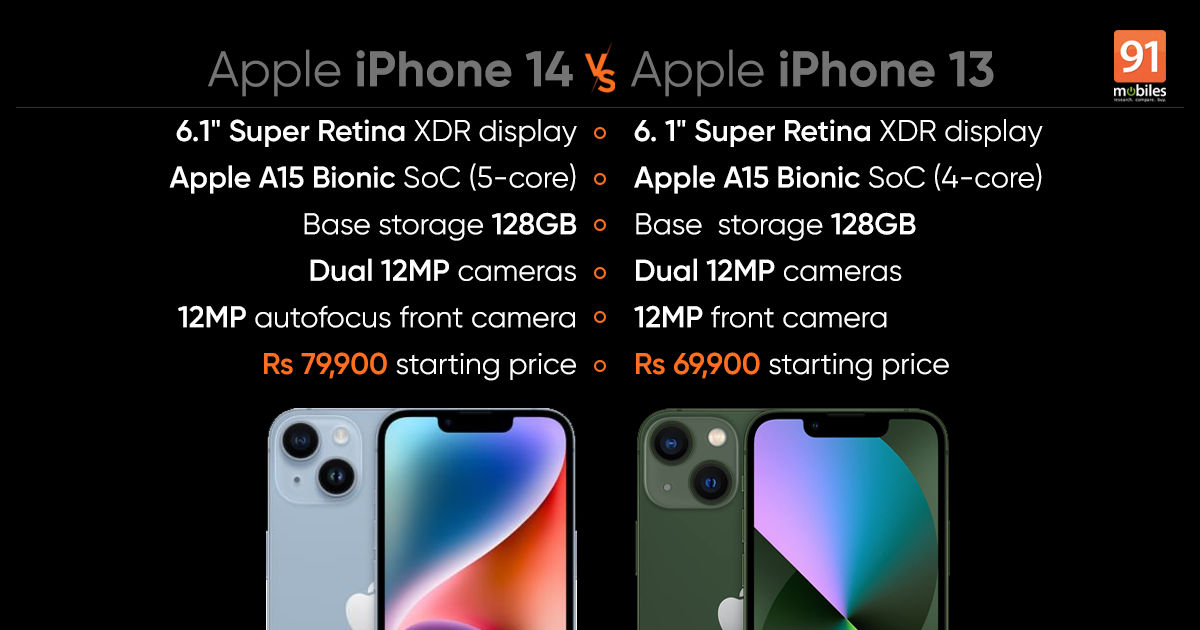 On Wednesday, Apple completed its annual hardware upgrade event. As is customary, a tonne of new Apple products were released, including the new iPhone 14 series. Apple has released four versions of the phone, similar to last year, that target various markets at various price ranges. The new base iPhone 14 is the model that this article focuses on, and we are comparing it with the vanilla iPhone 13 model from the previous year.

We examine the little tweaks Apple made to the iPhone 14 in comparison to the iPhone 13 it replaces (as has been the case for the last few generations), as well as the hardware changes, which include the camera features, software, and the higher costs. Here is a no-nonsense comparison of the iPhone 14 and iPhone 13.

The Apple iPhone 14 is available in three memory configurations, with 6GB RAM standard across the range. The base 128GB storage model, 256GB option, and the most expensive 512GB storage option. Pricing for the base variant starts at Rs 79,900 and goes up to Rs 1,09,900.

The iPhone 14 has the same DNA as previous versions of the iPhone, which is something Apple has a history of doing. It is similar to the previous iPhone 13 model and weighs 172 grams, which is 1 gram less than the model from the previous year. The sides are still flat and constructed of recyclable aluminium, and the cameras on the rear are still arranged diagonally.

There is no change in the screen size, and while this year’s Pro models have the new pill cut-out, Apple chose to keep the full-fledged notch that contains the selfie and true-depth camera system for the regular 14 models. The volume rockers, power buttons, and ringer switch are all in identical locations, as are the speaker cutouts. A much-appreciated feature is the return of the IP68 certification. 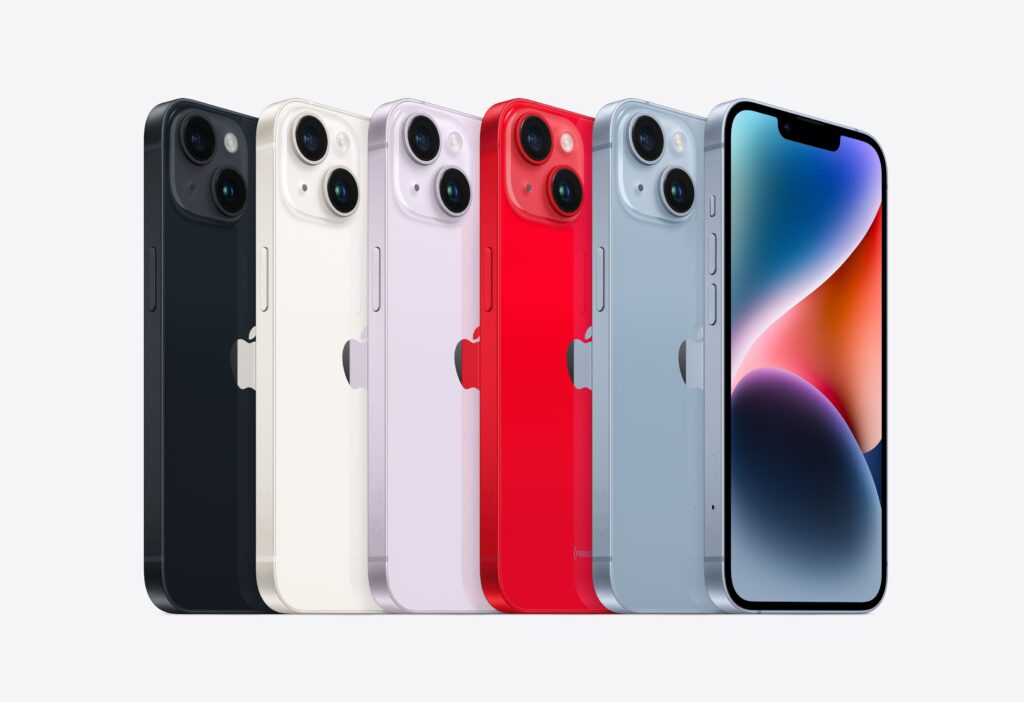 As previously indicated, Apple has not significantly modified the display on the regular 14 models; it still features the same 6.1-inch Super Retina XDR display with 1200 peak brightness that was first introduced on the iPhone 13 model last year. We hope Apple upgrades it to Pro Motion XDR in the future because it is still a 60Hz panel which feels a bit dated in 2022.

Last year, Apple debuted their A15 bionic chip with the iPhone 13. The regular model back then included a 4-core A15 processor, whereas the Pro range featured a 5-core CPU. The company has upgraded the standard iPhone 14 model for this year with the 5-core A15 Bionic processor. This is a substantial upgrade over the previous model since the extra core will make a multitude of features available.

Along with adopting 128GB as the standard storage for all upcoming iPhones, Apple has maintained the 6GB RAM standard throughout the whole lineup. Now offering 128GB, 256GB, and 512GB storage options are the iPhone 14 and the iPhone 13. As the phone hasn’t yet been released in the market, we don’t yet know the battery statistics, but considering that it has the same form factor as last year’s model, it is reasonable to assume that Apple is utilising the same battery. Charging speeds on the iPhone 14 are still capped at 20W wired and 5W wireless with MagDart.

This year is no exception to the standard iPhone models’ rudimentary imaging capabilities when compared to the Pro series. The regular iPhone 14 model continues to employ the same sensor-shift technology that was first debuted on the iPhone 13 and still has the same 12MP primary and 12MP ultra-wide camera arrangement on the rear, while the Pro range includes a new big sensor. Both of these models include a 12MP front camera, with a 23mm wide sensor and an f/2.2 aperture. The iPhone 14 now offers an autofocus capability. Apart from this, the FaceID technology hasn’t changed much at all.

As is customary, the cost of the new iPhones has increased by Rs 10,000 in India, which could be attributed to the depreciating rupee against the dollar and the higher taxes these devices attract. Pre-orders for the smartphone begin today, September 9th, and it will be available in open sale on Apple’s online stores and at offline partner stores starting on September 16th.