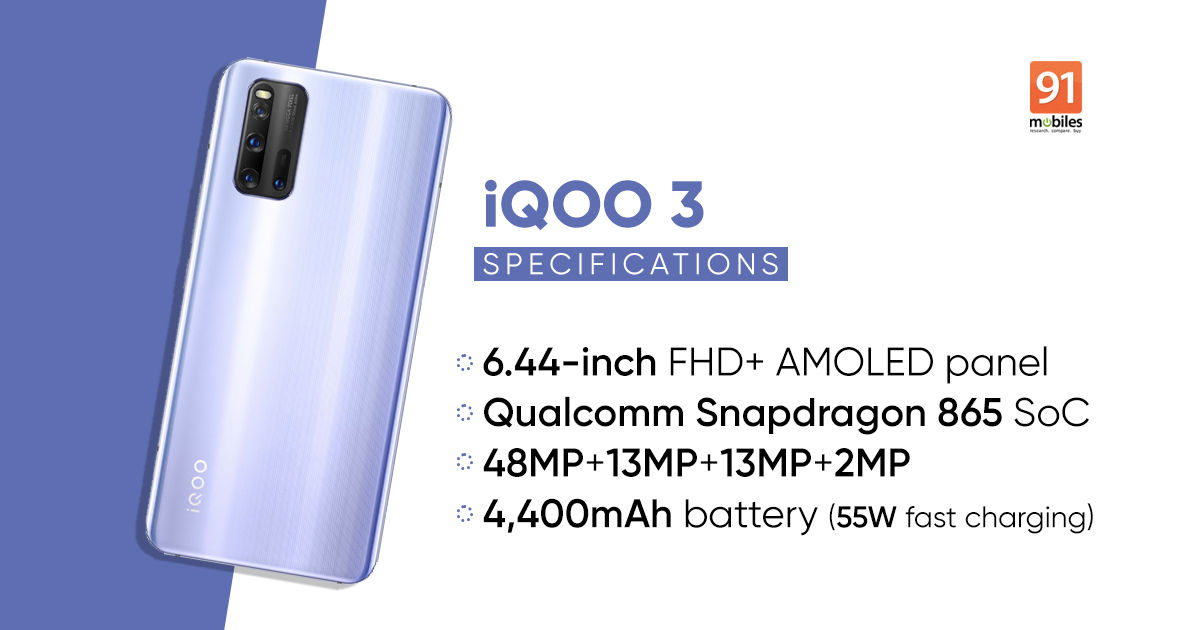 iQOO 3 price in India has been officially slashed by over 50 percent by the company. The smartphone is listed for a jaw-dropping starting price of Rs 17,495 on its official website, a discount of over Rs 20,000 over its asking price of Rs 37,990. This price is for the iQOO 3 base variant with 8GB of RAM and 128GB of storage. If you want additional memory and storage, you’re in luck, as the 8GB RAM/ 256GB storage and 12GB RAM/ 256GB storage variants are also on sale. Despite the iQOO 3 being somewhat dated in the here and now, it is still an excellent deal, as one gets the powerful Snapdragon 865 chipset for less than Rs 20,000. However, the offer is limited to the 4G variant of the phone.

Update: The website now shows that all variants of the phone are out of stock.

The offer is only valid on iQOO India’s official website, presumably only until stocks last. While the phone’s specs may seem a bit outdated nowadays, our iQOO 3 review determined that it was a pretty competent phone back when it launched in February 2020. The last time it received such a hefty discount was during Flipkart Big Savings Day sale last month.

The iQOO ships with a 6.44-inch FHD+ AMOLED panel that supports HDR10+ content and has an under-display fingerprint sensor. A Qualcomm Snapdragon 865 powers the smartphone, along with up to 12GB LPDDR5 RAM and up to 256GB UFS 3.1 storage. The smartphone draws power from a 4,400mAh battery that supports fast charging at 55W. Moving on to optics, the iQOO 3 packs four rear camera sensors including a 48MP Sony IMX582 primary sensor, a 13MP telephoto lens, a 13MP ultra-wide-angle lens, and a 2MP depth sensor. A 16MP snapper handles selfies and video calls.