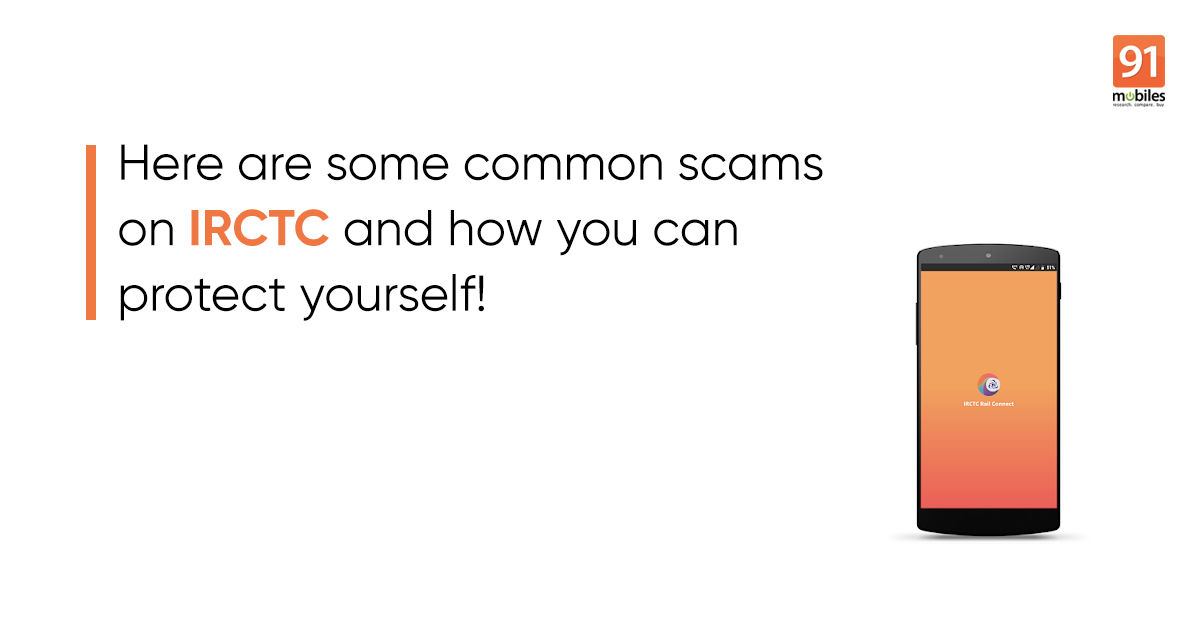 The services of Indian Railways, suspended in March to curb the spread of coronavirus pandemic, are all set resume in India from June 1st. All popular trains such as Durontos, Sampark Krantis, Jan Shatabdis, and Poorva Expresses, will return to tracks for not just the migrant workers, but passengers as well. However, IRCTC online ticket booking will be the only option for people to purchase train tickets as Indian Railways has mandated that reservation counters will remain close. IRCTC e-tickets can be purchased only through the service’s website or the Rail Connect mobile app. While the online method is more convenient and efficient than the offline one, it does make you susceptible to common IRCTC scams and frauds.

Fraudsters try to dupe unsuspecting users via fake online tickets to steal their money and the rush for tickets amid this pandemic is going to be a goldmine due to vulnerable users who are probably booking online IRCTC tickets for the first time. Thousands of users have fallen prey to these IRCTC frauds before, and you could be next if you aren’t aware of the tactics used by the scammers. As you rush to IRCTC platform to book tickets, beware of these scams:

Fake websites and apps are the most common way to be duped. There are hundreds of fake platforms available to book train tickets, with names that try to trick the user into using them. Earlier this year, IRCTC filed a complaint against a fake website selling tourism packages in its name and even has a copycat digital assistant. According to IRCTC, the fraud website that has been identified is irctctour.com.

If you use these platforms, you’re not only giving away your phone number in the registration process but access to debit card PIN and bank account details as well. In many cases related to these fake banking apps, the OTP the user receives and then enters in the app is used to authenticate a payment/ transaction by the scammer. Therefore, it’s important to verify the site or app before booking tickets. The actual official website of IRCTC is www.irctc.co.in, while the official Android and iOS IRCTC apps can be found on Google Play Store and Apple’s App Store, respectively.

Read more: Using Paytm? These scams can cost you lakhs!

Scammers are also duping innocent people with fake refund messages. They are sending the messages to users who have booked train tickets that their reservations have been cancelled, and that they need to visit the website in the message to claim the refund. These are fake websites and apps that steal users’ banking data and allow the scammers to steal their money. It should be noted that any money deducted as part of an IRCTC booking will be transferred directly to your bank account in case the transaction doesn’t go through or ticket is cancelled.

User are requested not to respond to any suspicious call/link as it may result some financial fraud with you involving UPI handles. Some fraudsters are targeting IRCTC users who raise their query/complaint on Social Media sharing their details like mobile no./ PNR/Txn. ID. 1/2

Apart from this, many scammers even keep an eye on Twitter and Facebook for complaints shared by users on the platform; they then call while posing as executives of IRCTC or Indian Railways and promise to process the refund. Within seconds, the user gets a message or QR code mentioning the said amount on UPI apps on their phone; in a rush to get the refund, many users enter their PIN. However, this will be a payment request — UPI apps do not require users to enter a PIN to accept a payment. This means the victim has authorised a UPI payment from their phone instead of accepting money from the caller. This is a fairly common scam and many have fallen for it.

So make sure you don’t fall prey to such IRCTC scams and ensure that you purchase tickets only from the official app or website.

PhonePe will now charge a fee for mobile recharges. Here’s how much you will pay