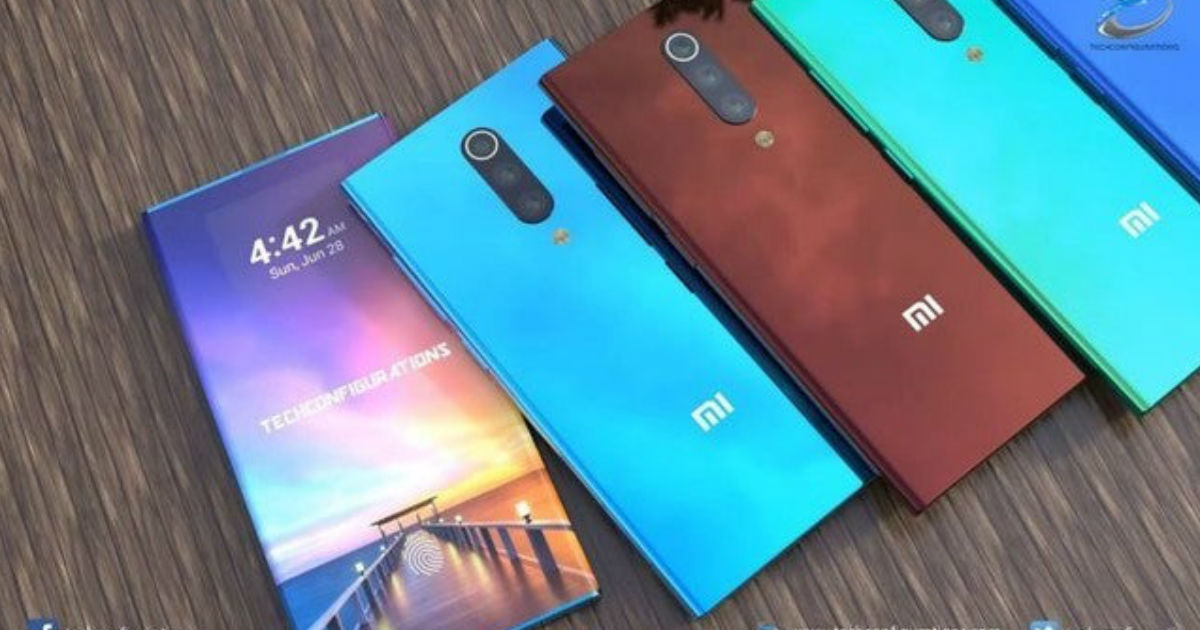 Xiaomi is reportedly gearing up to launch the successor of its Mi 9 smartphone, called the Mi 10. The handset will most likely see the light of the day early next year, but fans can have a sneak peek at its design now. Chinese publication TechConfigurations has shared a few renders of the upcoming Xiaomi Mi 10 smartphone – revealing its design from all corners. The flagship will reportedly pack a waterfall screen design that bends 90 degrees from the edges, just like the Vivo NEX 3 smartphone with 99.6 percent screen-to-body ratio.

The Mi 10, meanwhile, will sport a 6.7-inch QHD display with 96 percent screen-to-body ratio, claims the report. There seems to be no notch or bezels on the handset whatsoever. Mi 10 sports rounded form factor, with glass-layer at the back and sharp – instead of curved – corners. The rear panel of the phone is tipped to feature vertically-aligned triple cameras, with LED flash just below. The cameras are tipped to feature Samsung’s 108-megapixel ISOCELL Bright HMX primary sensor that will bear 3x optical zoom as well, 16-megapixel secondary shooter, and a 20-megapixel third sensor.

The selfie camera details are not known at the moment, but we can tell that the Mi 10 will most likely feature a pop-up selfie camera. Apart from this, the handset is tipped to employ an in-display fingerprint scanner and Qualcomm’s upcoming flagship Snapdragon 865 SoC. Lastly, the Mi 10 is rumoured to arrive in an array of colour options: blue, bright pink, red, and green.

This is all we have on the phone so far. We expect to learn more about the Mi 10 as we inch closer to the launch, so stay tuned to 91mobiles.