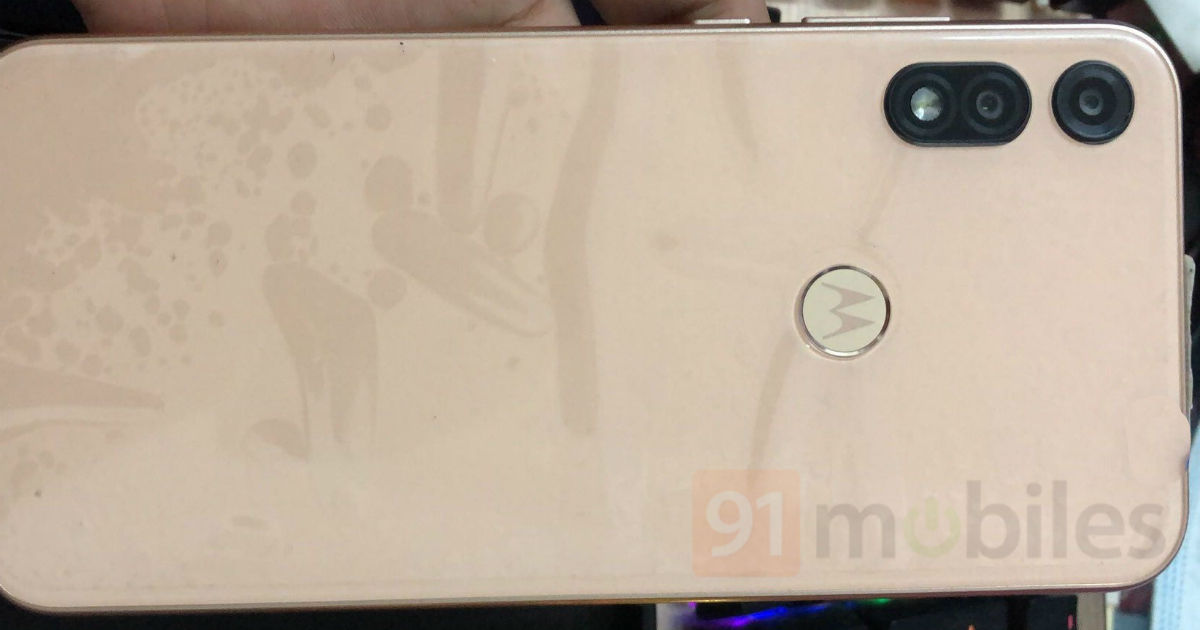 Leaks around the Moto E7 smartphone started in May this year as its specifications surfaced online, showing us some of the key upgrades we can expect from the entry-level device. Now, 91mobiles has received images and a hands-on video of the Moto E7, which reveal all the design changes it will bring. These include an 18:9 aspect ratio display, waterdrop notch, glass back, and more. The smartphone, which has also been listed on Google Play Console, will be follow-up to the Moto E6 handset that was launched in September last year. A trusted tipster has shared with us the above images, showing an 18:9 display with a waterdrop notch. Thanks to the notch, the bezels above and below the display are much smaller and the screen-to-body ratio would be higher than that of Moto E6. The bezels on the sides seem to be equally thick as the current-gen model though. Nonetheless, this marks an upgrade for Moto E series fans. While the Moto E7 design is closer to that of E6 Plus and E6s, the notch on the upcoming model is V-shaped rather than the U-shaped curvature of the two E6 series smartphones. The video also shows the smartphone will have always-on display functionality.

On the back, Moto E7 will have a glass back, which looks rather nice in the Peach colour. However, the black image makes the back a fingerprint magnet. The images and the video also show the smartphone’s dual rear cameras that are placed in separately – one with the LED flash and one without it. We can see the familiar Motorola logo with the integrated fingerprint sensor on the back panel.

As for the specifications, one of the images shows some of the key hardware, such as 2GB RAM, 32GB storage, Android 10, and Snapdragon 632 SoC. It also shows the smartphone is codenamed ‘ginna.’ The image, in essence, confirms the Moto E7 specifications leaked in the previous report. The other key Moto E7 specification mentioned in the earlier report included a 6.2-inch HD+ (720 x 1,520 pixels), 13MP + 2MP rear cameras, 5MP selfie sensor, and 3,550mAh battery. It was also claimed the smartphone will come in 4GB + 64GB configuration, alongside the 2GB + 32GB option.