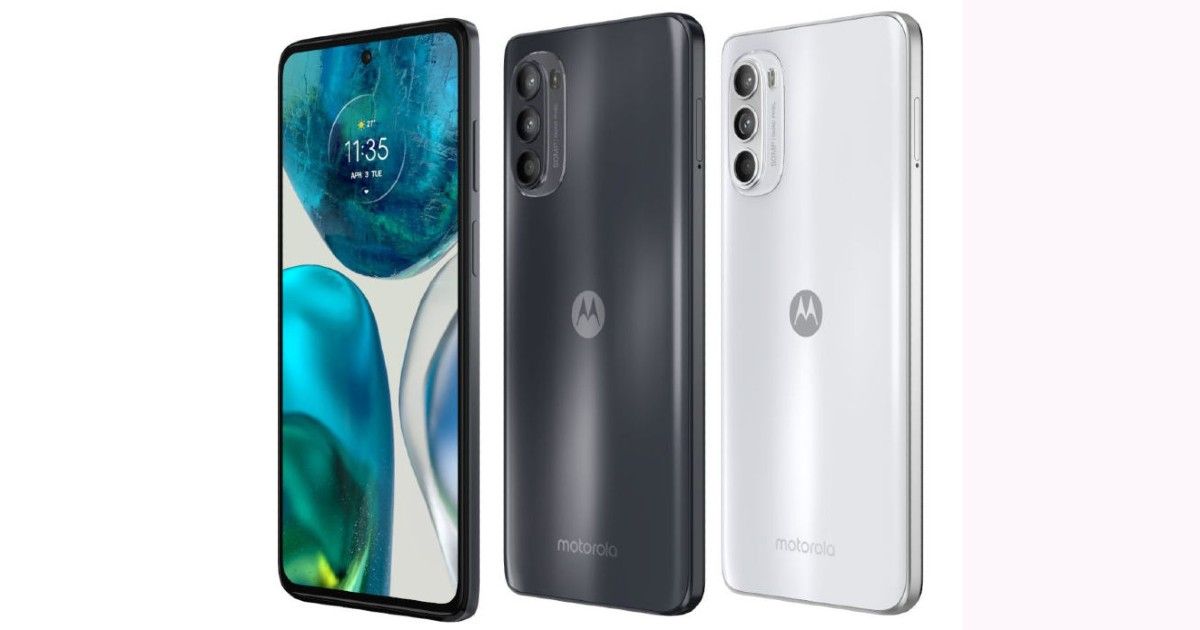 Motorola’s new G-series smartphone, Moto G52, will launch in India later this month, 91mobiles can exclusively confirm. An industry source has informed us that the company has plans to introduce the smartphone in the country in the last week of April. The source has further revealed the Moto G52 price in India. The handset could be priced at around Rs 20,000. This means that the upcoming Motorola smartphone will be up against the Redmi Note 11 Pro Plus 5G and Realme 9 5G. The Moto G52 specifications and design have all been revealed previously. Here’s everything we know so far:

The Moto G52 has already been launched in Europe. The phone there sports a 6.6-inch FHD+ AMOLED display with 2400×1080 pixels resolution, a 90Hz refresh rate, 20:9 aspect ratio and a punch-hole cutout. However, as reported by 91mobiles, the Indian variant of Moto G52 will sport a 6.5-inch 90Hz FHD+ screen of pOLED variety, which is more shockproof than the AMOLED. The phone is said to flaunt the slimmest bezels, along with the thinnest and lightest design, in the segment. To recall, the handset weighs 169 grams and measures 160.98 x 74.46 x 7.99mm globally.

At the core of the Moto G52 will lie Qualcomm Snapdragon 680 chipset, which is the same as the European variant. The SoC is likely to be paired with Adreno 610 GPU and 4GB/ 6GB RAM + 128GB storage, which is expandable up to 1TB via a microSD card. In optics, the Moto G52 will sport a triple camera setup on the back, with a 50MP primary unit, an 8MP ultra-wide/depth sensor, and a 2MP macro camera with f/2.4 aperture.

For selfies and video calling, the phone will rock a 16MP sensor in the punch-hole setup. The handset will be driven by a 5,000mAh battery, which could support 33W fast charging. Software-wise, it’s likely to run near-stock Android 12 OS out of the box. Other features may include a side-mounted fingerprint scanner, a 3.5mm audio jack, and stereo speakers with Dolby Atmos.