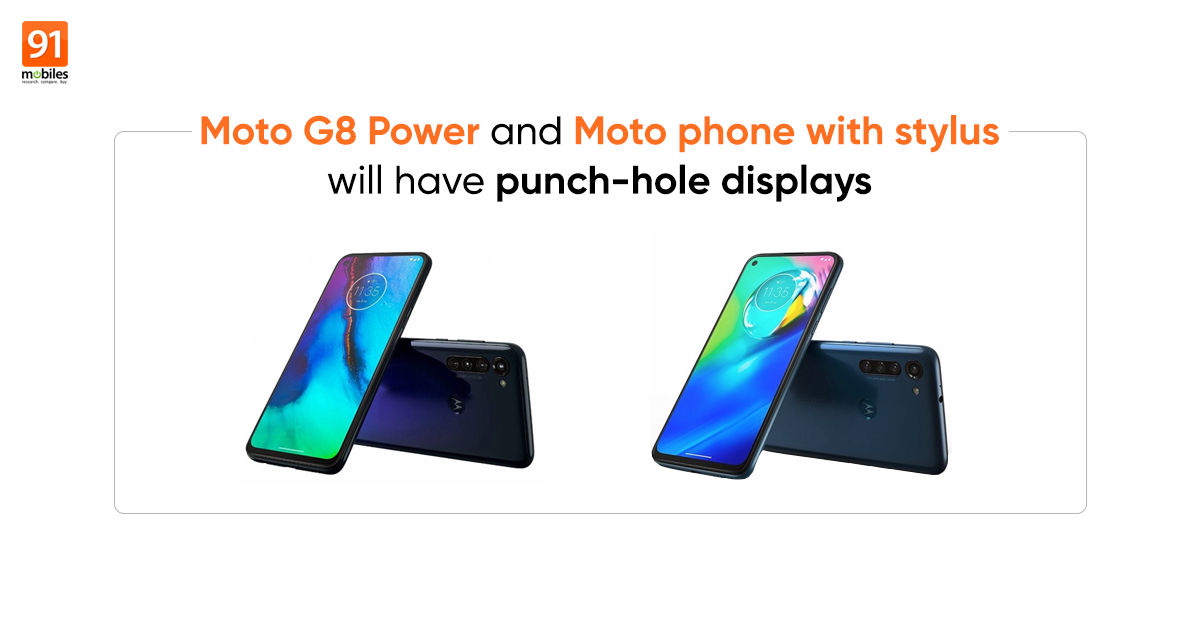 As you can see from the renders above, the Moto G8 Power will come in Black and dark Blue hues. The display will see a punch-hole cutout on the top left corner and slim bezels around, while a noticeable chin remains. It’s unclear whether the curved rear panel is made of glass or plastic from the render. The back sees a quad-camera setup with three camera sensors stacked together and a bigger fourth camera separately placed above them. The LED flash and fingerprint sensor can also be seen next to the cameras. Lastly, the Moto G8 Power will come with a headphone jack on the top of the frame.

Render and specifications of Moto phone with stylus 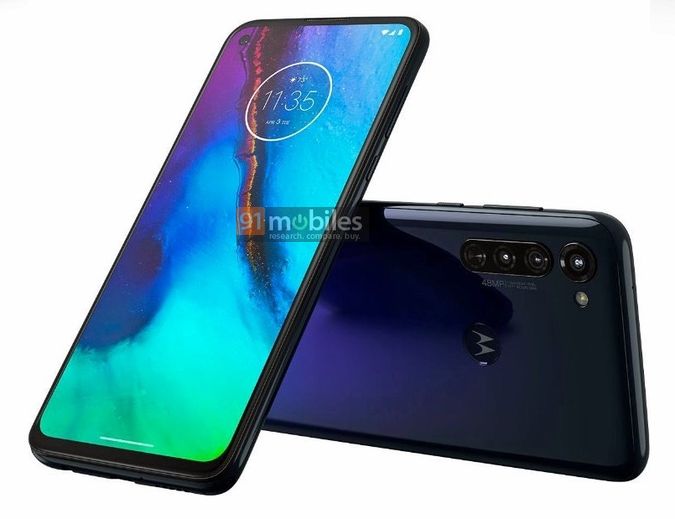 Coming to the render of the unnamed Motorola phone with stylus support, we see a design that is yet again similar to the Moto G8, with a punch-hole cutout on the top left corner. The front design is in line with the render posted by tipster Evan Blass recently. Unfortunately, the render provided to us by our sources does not show the stylus, but the one shared by Blass reveals a stylus in black and grey colour combination. The stylus will likely fit inside the phone via a port on the bottom.

Specifications for this mysterious Moto stylus smartphone are largely unknown. The render does reveal the camera setup on the back will include three camera sensors and a fourth sensor that could be for laser autofocus. There will be a 48MP main camera, along with a wide-angle and macro lens. The smartphone could be part of the Moto One series as per our sources, which means it should run stock Android 10 out of the box. Alternatively, this phone could be called the Moto G Stylus as the name was recently spotted with model number XT2043-4 on the Radio Equipment List (REL).

It is unclear when Motorola will announce the Moto G8, Moto G8 Power, and the Moto phone with stylus. All the renders show April 3rd on the display’s lock screen, hinting at a possible launch date. 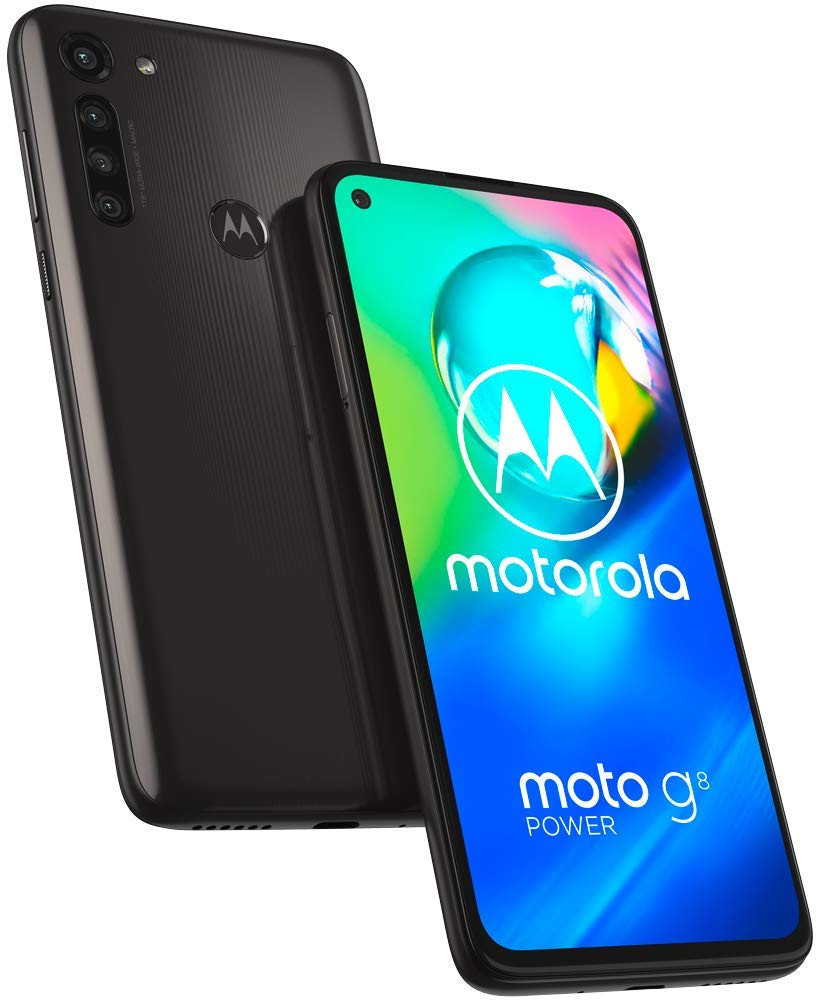