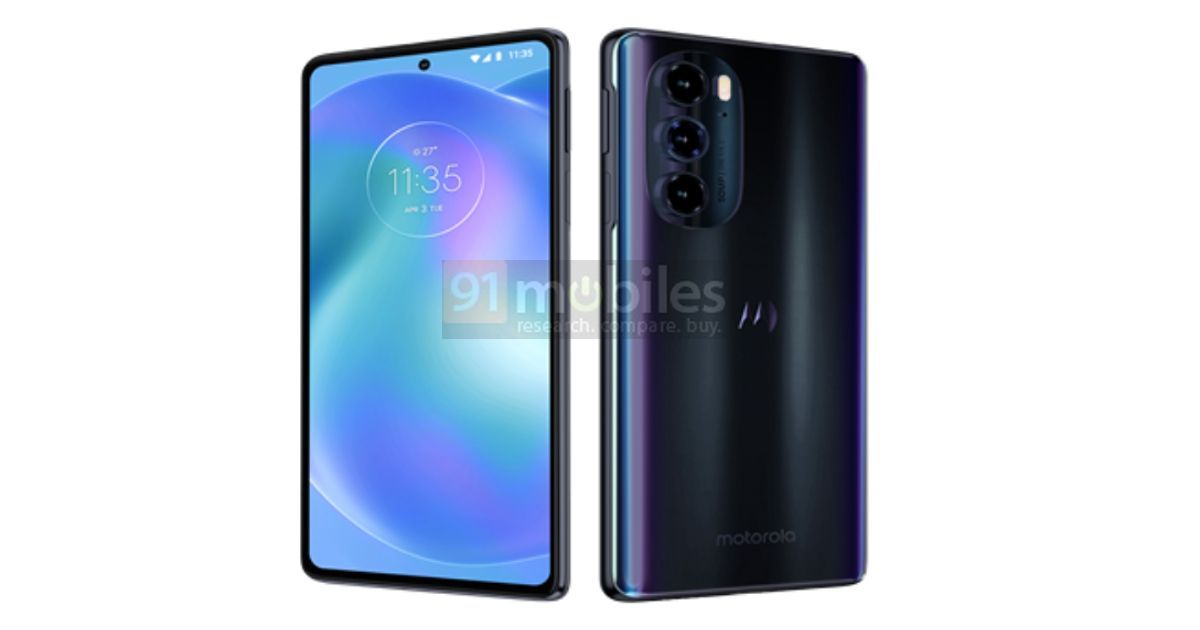 Motorola has been working on a number of new phones for different markets and some of our industry sources have dug up crucial information exclusively for 91mobiles. After launching a slew of Moto G-series phones this week, it looks like Motorola has a bunch of phones for 2022. We know of at least three new devices in the pipeline, codenamed Austin, Milan and Rogue. The Motorola Rogue is believed to be called the Motorola Edge 30 Ultra while Milan is expected to be the Moto G Stylus 2022. The third model, codenamed Austin, is still unknown. We recently showed off high-quality Motorola Edge 30 Ultra renders that revealed the complete design as well as a Black colour option. We now managed to get our hands on another render that shows off the phone in a gradient Blue colour.

The new render (seen above) that we received is for the Motorola Rogue aka Edge 30 Ultra and it matches our previous renders, which all but confirms the design language. The new render shows the upcoming Motorola phone in a gradient Blue colour option. So, we know the device will launch in at least two colours.

The Motorola Edge 30 Ultra will be sporting a metal chassis sandwiched between glass. The display is surrounded by slim bezels and it features a hole-punch cut out for the selfie camera. On the right-hand side of the device lies the volume rockers and a power button. The left-hand side gets what could be a dedicated button to fire up Google Assistant. At the back, the triple camera system is housed in a unique rounded module. The module also houses an LED flash and a microphone. The fingerprint scanner is likely to be located under the display or embedded in the Moto dimple on the back. The Type C port, main microphone, and speaker grille will be located at the bottom of the frame.

From what we hear, the Motorola Edge 30 Ultra specifications include a 6.6-inch OLED display with support for a 144Hz refresh rate and HDR10+. While the back triple camera setup is speculated to get a 50MP primary camera, the front is supposed to get a mighty 60MP selfie camera. It is also expected to get a 5,000mAh battery and will support fast charging. Under the hood, the Motorola Edge 30 Ultra might be running the upcoming Qualcomm Snapdragon 898 chipset paired to 8GB/12GB LPDDR5x RAM and 128GB or 256GB UFS 3.1 storage options. The device will be equipped with stereo speakers, IP52 rating, 5G, 4G LTE, Wi-Fi 6, NFC, Bluetooth 5.2, and GPS.

From a report, we can also conclude that multiple Motorola devices are awaiting launch and bearing the codenames:

Some model numbers correlating to the above-mentioned devices were also excavated and are also expected to be scheduled for launch in 2022: