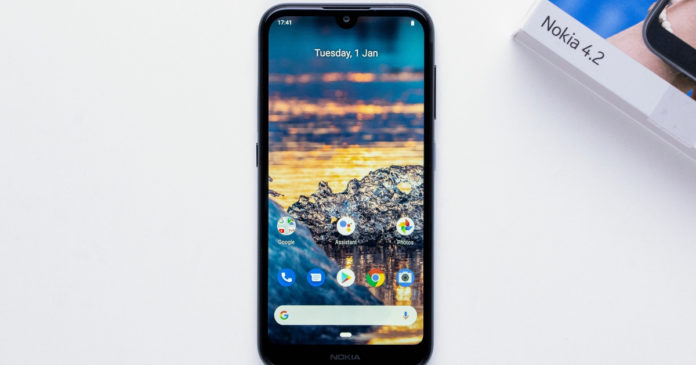 HMD Global recently launched the Nokia 4.2 smartphone in the Indian market. The phone was originally unveiled with a bunch of devices at this year’s MWC in Barcelona. The company now seems to be working on a couple of more budget handsets. Ahead of the unveiling, two phones with the model number Nokia TA-1153 and TA-1182 were certified by Bluetooth SIG. The latter also received certification from the Wi-Fi Alliance. Now, the phone with the model name Nokia TA-1153 has also been certified by yet another regulatory authority. 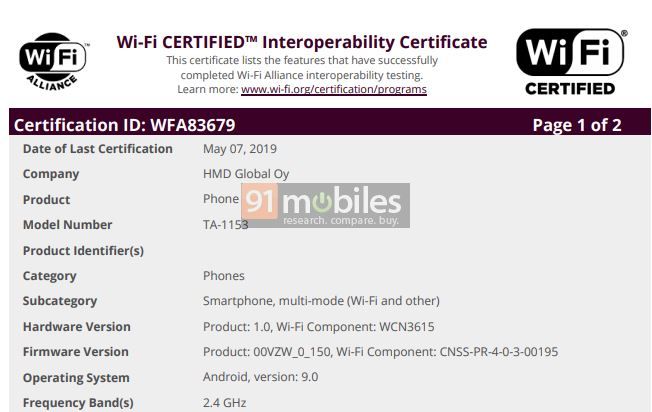 The upcoming Nokia TA-1153 has now received certification from Wi-Fi Alliance. The listing on the agency’s website suggests that the phone will arrive with Android 9 Pie out of the box. This is in line with the handset’s earlier appearance on the Bluetooth SIG’s website. The certification indicates that the Nokia TA-1153 will be a budget offering with single-band 2.4GHz Wi-Fi connectivity. Notably, the listing has revealed only the aforementioned details about the handset.

At the moment, it is not clear if the Nokia TA-1153 or TA-1182 will be two separate devices or variants of a single phone. Also, there’s no word on the other features of these devices yet. However, since both of these models have received certification from Wi-Fi Alliance and Bluetooth SIG, we expect them to be launched in the near future.