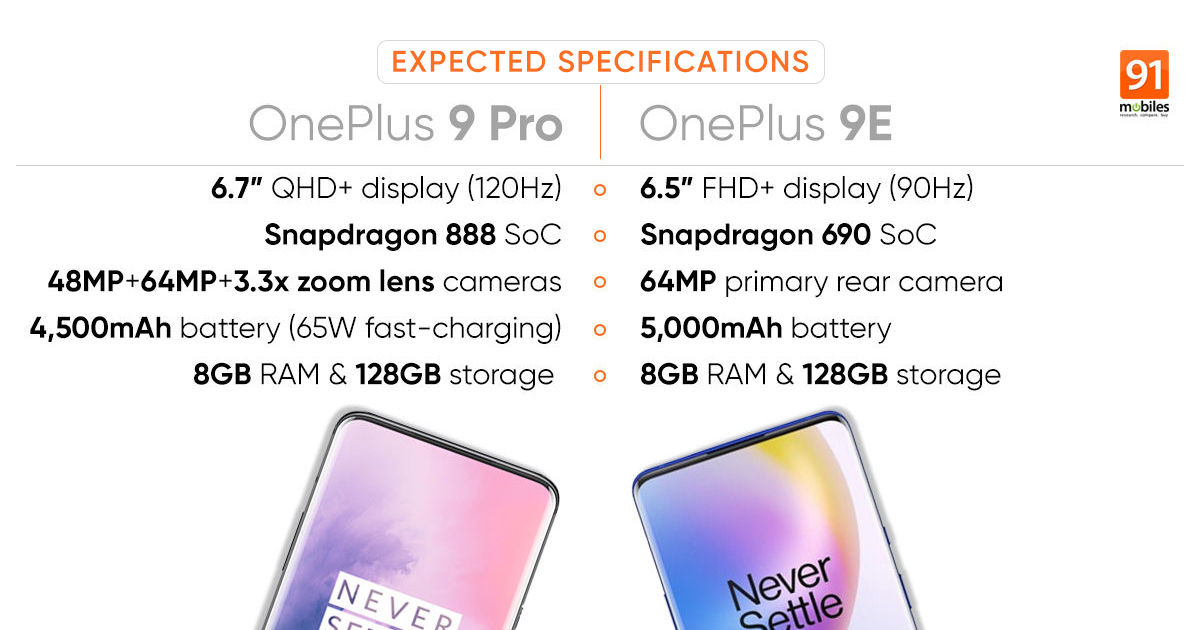 While tipster Max Jambor claims the company will reveal the OnePlus 9 series launch date on March 8th, Mukul Sharma has tweeted that the launch date will seemingly be March 23rd.

As for the specifications, the OnePlus 9 Pro is said to sport a 6.7-inch QHD+ display with an Adaptive 120Hz refresh rate and punch-hole cutout for the selfie camera. It is tipped to pack at least 8GB RAM paired with up to 256GB storage. The phone is expected to have a 48MP primary camera with Hasselblad branding, a 64MP ultra-wide-angle sensor, and another 3.3x zoom camera. Other rumoured specs include the Snapdragon 888 SoC, 4,500mAh battery, and 65W fast-charging support.

OnePlus 9R could be the affordable offering that may be equipped with the Qualcomm Snapdragon 690 SoC, 6.5-inch 90Hz display with an FHD+ resolution, 8GB RAM, and 128GB storage. The handset is said to feature a 64MP primary sensor and an 8MP ultra-wide-angle lens. A 5,000mAh battery is said to fuel the phone.

OnePlus 9 is tipped to sport a 6.55-inch FHD+ display with 1,080 X 2,400 pixels resolution, a 120Hz refresh rate, and a punch-hole cutout for the selfie camera. It will likely be powered by the Qualcomm Snapdragon 888 SoC paired with 8GB RAM and 128GB internal storage. The phone may feature a 4,500mAh battery with 65W fast-charging much like the Pro model. OnePlus 9 may also come with a 48MP primary sensor.