According to the report, the OnePlus TV Y1, Y1S, Y1S Pro, and Y1S Edge have been the top-selling products as OnePlus has registered a phenomenal 250 percent YoY growth rate in the INR 30,000 price segment. Moreover, OnePlus TV Y1, Y1S, and Y1S Pro made it to the top 10 best-selling smart TV models in 2022’s second quarter.

On the occasion of OnePlus’s landmark achievement, its India CEO and Head of India Region, Navnit Nakra said that OnePlus is working to strengthen its vision of building a premium accessible connected ecosystem. He also cited OnePlus’s burden-less user experience as one of the major reasons behind its growth in the smart TV category. He further thanked the company’s Indian consumer base for their trust. 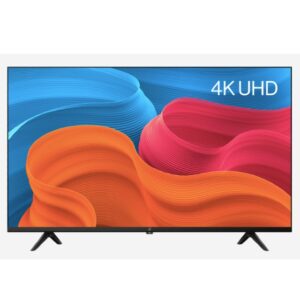 Counterpoint Research India observed that better features and solid marketing efforts of the affordable Y series were the key reasons behind the company’s first-ever achievement of capturing the third spot in sales with 123 percent YoY growth in H1 2022.

The Counterpoint report further explained that OnePlus launched its smart TV range as a result of an increment in both its user community and consumer demand in 2019. OnePlus TV Q1 series was the company’s debut smart TV which was launched as its high-end premium range. After its successful launch, the company went ahead to expand its smart TV segment by launching the affordable OnePlus TV U Series and the accessible range of the OnePlus TV Y Series in 2020. Both these categories were well-received and consequentially, OnePlus achieved 300 percent YoY growth in the Indian smart TV market in 2021.