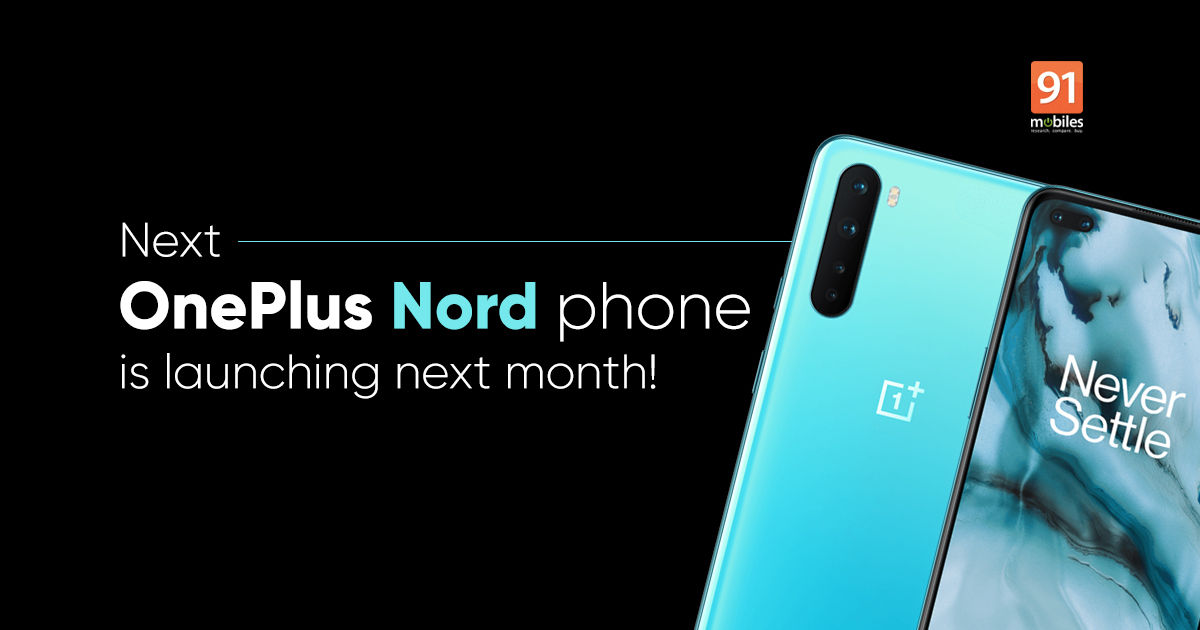 OnePlus Nord CE 5G launch date in India has been officially revealed just hours after the company teased its ‘Summer Launch Event’ on Amazon. The OnePlus Nord CE 5G launch date in India is June 10th. OnePlus has confirmed the name of the upcoming Nord phone and has also revealed that it will expand its OnePlus TV U series with new models. As per a recent exclusive report, the company will announce the OnePlus TV U1S LED TV series with 4K resolution and Dolby Audio. Additionally, the company says it will also be expanding its TWS offerings this year. While OnePlus hasn’t revealed the OnePlus Nord CE specifications, it said “the phone will focus on delivering the core excellent features needed in a device while also bringing the signature Nord experience to users.”

“OnePlus Nord CE 5G will focus on delivering the core excellent features needed in a device while also bringing the signature Nord experience to users.”

OnePlus says that it will strengthen its commitment by focusing on seamless integration and delivering connectivity across a wider range of devices. The upcoming OnePlus U series TV will be an extension of the existing models and will “play an integral role in building the same” The upcoming OnePlus TV U1S specifications leaked on Wednesday. It will be available in three models – 50-inch, 55-inch, and 65-inch – and will support 4K resolution, HDR10+, HLG, and MEMC up to 60Hz. The TVs will be equipped with 30W speakers, Dolby Audio support co-tuned with Dynaudio.

The new OnePlus U-series TVs will run Android 10 software with support for Google Assistant and Smart voice Control. The TV U1S will also have OnePlus Oxygen Play, content discovery. The OnePlus will also reportedly launch a TV camera with a built-in microphone and support for Google Duo Video calls in 1080p. But it will be a separately sold accessory. Lastly, OnePlus says that it very much committed to the Make in India initiative and is ready to strengthen manufacturing investments in the country.