91mobiles.com
Home News OPPO A31 goes live on Indian website with specifications ahead of launch 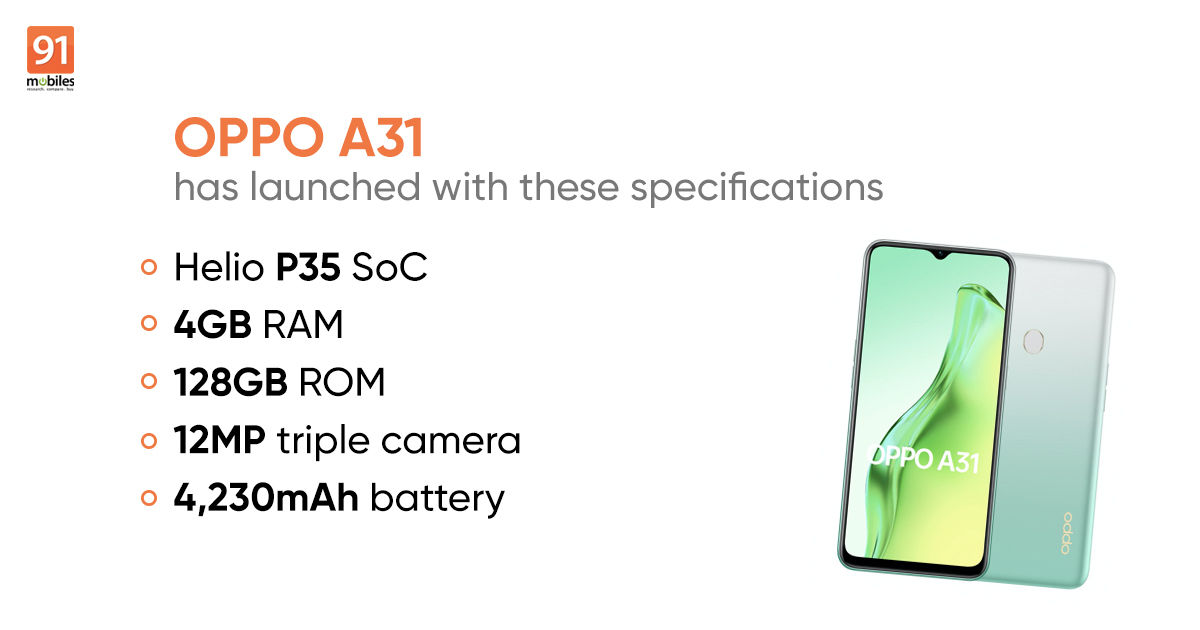 OPPO A31 smartphone is set to launch in India soon after being announced in Indonesia earlier this month. The smartphone has now been listed on the official OPPO India website, complete with product images and specifications, but without its India pricing. This comes just days after a poster of the handset consisting launch offers, colour variants, and configuration in India was leaked. While the company is yet to confirm the OPPO A31 launch date in India, we can tell that it’ll pack a 6.5-inch waterdrop notch display, triple rear cameras, a 4,100mAh battery, a MediaTek SoC, and more. The OPPO A31 will be available in two colour options: Fantasy White and Mystery Black. 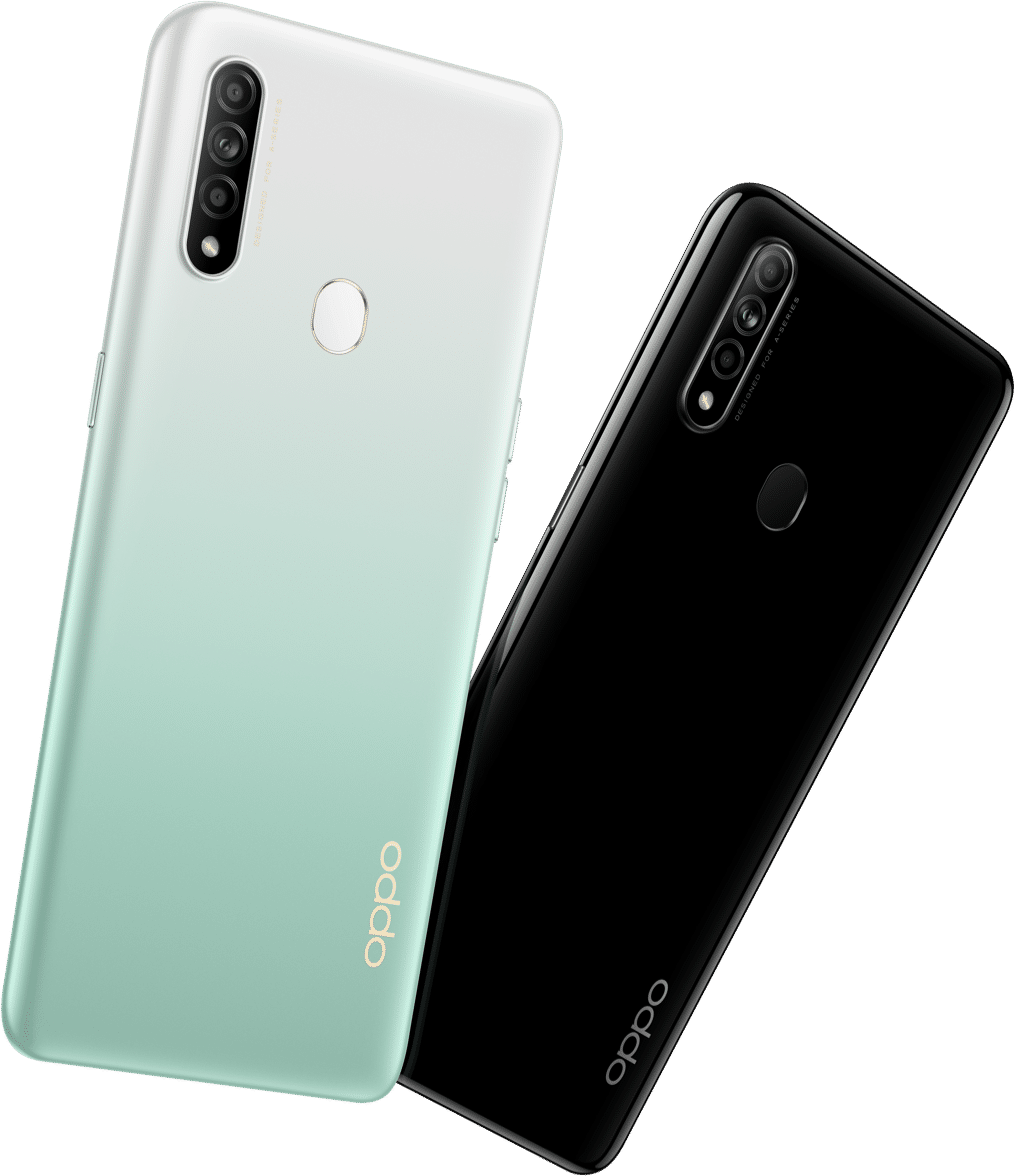 The OPPO A31 specifications in India will be the same as its global variant. The handset will ship with a 6.5-inch HD+ display with HD+ 720 x 1,600 pixels, 83 percent screen-to-body ratio and 20:9 aspect ratio. The panel will have a waterdrop notch for the selfie camera atop. The phone has 2.3GHz octa-core MediaTek Helio P35 processor coupled with PowerVR GE8320 GPU under the hood. The phone will ship with two RAM and user-expandable storage configurations: 4GB + 64GB and 6GB + 128GB.

Software-wise, the phone runs Android 9 Pie-based ColorOS 6.1.2 out of the box. The handset will be driven by a 4,230mAh battery. For photography, the OPPO A31 sports a triple-rear camera setup that bears 12MP (f/1.8) primary wide-angle sensor with PDAF, a 2MP Macro Lens, a 2MP (f/2.4) depth unit for portrait shots and an LED flash. The phone’s front camera gets an 8MP snapper for selfies and video chats.