Home News OPPO A31 launching in India next week 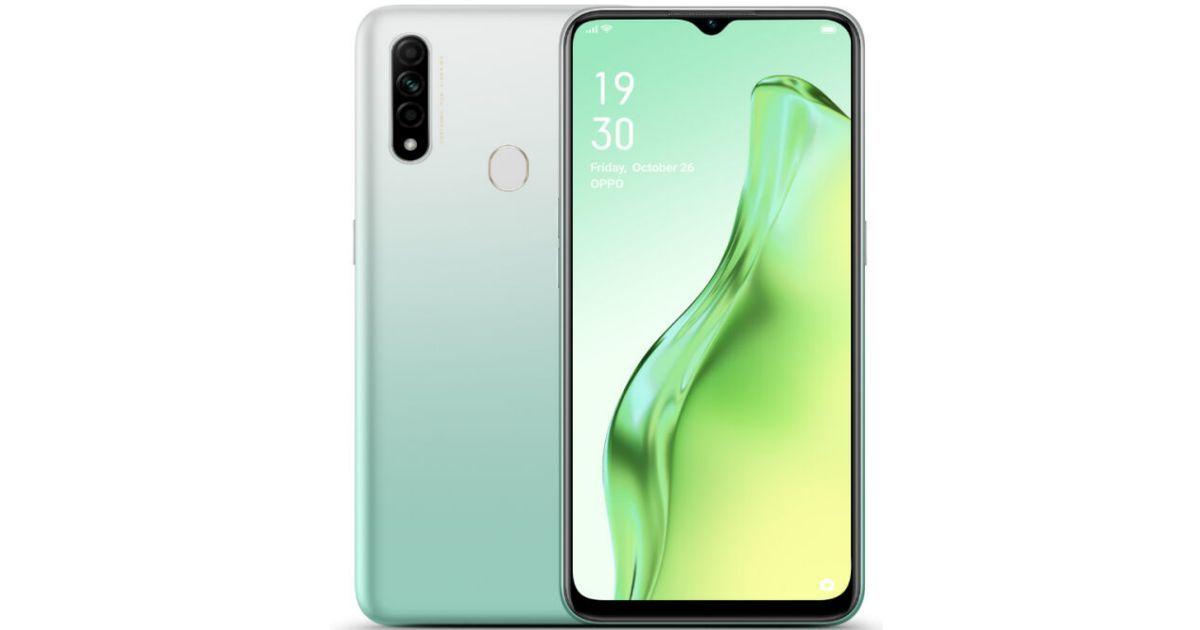 Earlier this month, 91mobiles exclusively reported the specifications and image of the OPPO A31 smartphone. The smartphone has since launched in Indonedia, but there is no official word yet regarding its India launch. We have now learned from an offline retail store that the smartphone will launch in India next week. The device will launch in India in two colour options – Fantasy White and Mystery Black. The leaked promotional poster for the device also reveals that OPPO will provide a bunch of offers with the OPPO A31 smartphone, notably a 5 percent cashback on purchase of the device using credit/debit cards from ICICI Bank, HDFC Bank, IDFC First Bank, and Yes Bank. Users will also be able to buy the device on EMIs using Bajaj Finserv cards and Home Credit. In addition, users will get Jio data benefits of up to Rs 7,050 (or up to 3.1TB) with the purchase of the OPPO A31 smartphone. 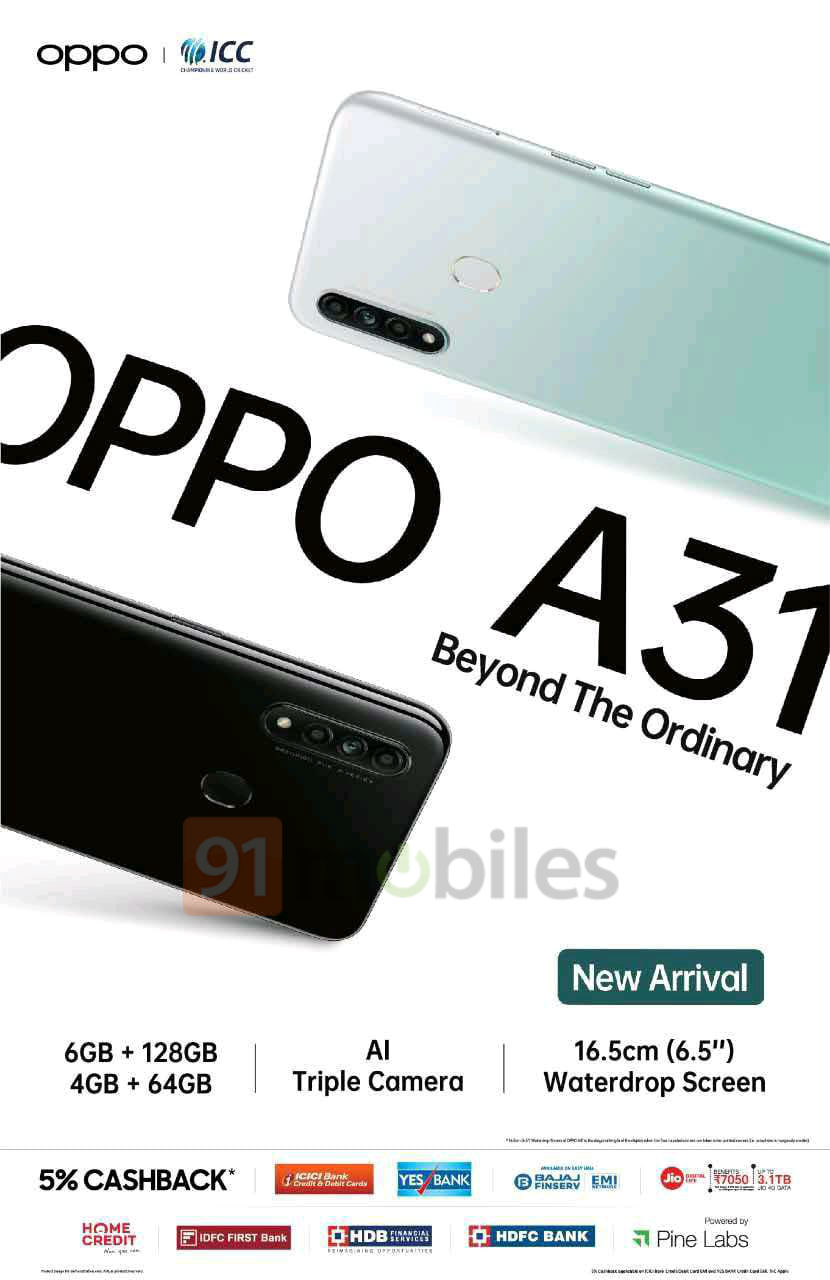 The OPPO A31 smartphone will flaunt a 6.5-inch display with a waterdrop notch at the top. The device will measure 163.9 x 75.5 x 8.3 mm and weigh in at 180 grams. Under the hood, the OPPO A31 will be powered by a MediaTek Helio P95 chipset, which will be paired with 4GB/6GB of RAM and 64GB/128GB of onboard storage. There is no word as to whether or not the OPPO A31 will have scope for further expansion.

At the back, the OPPO A31 will feature a triple camera setup – 12-megapixels primary lens + 2-megapixels depth camera + 2-megapixels macro lens. The front camera will be an 8-megapixel unit with features like AI beautification. A 4,230mAh battery will keep the lights of the device on. We are not sure about any sort of fast charging support for the OPPO A31 as of now. For software, the OPPO A31 will run on the now-dated Android 9 Pie OS with the company’s in-house ColorOS 6.1.2 baked atop.

For now, the pricing of the OPPO A31 is a mystery, but we won’t have to wait for much longer, as the launch date is only a week ahead of today. Meanwhile, we have received a report that suggests that the OPPO Enco Free True Wireless buds will be launched alongside the OPPO Reno 3 Pro in India on March 2nd, 2020. In case you are curious to know more about this, you can head to our previous coverage of the same.