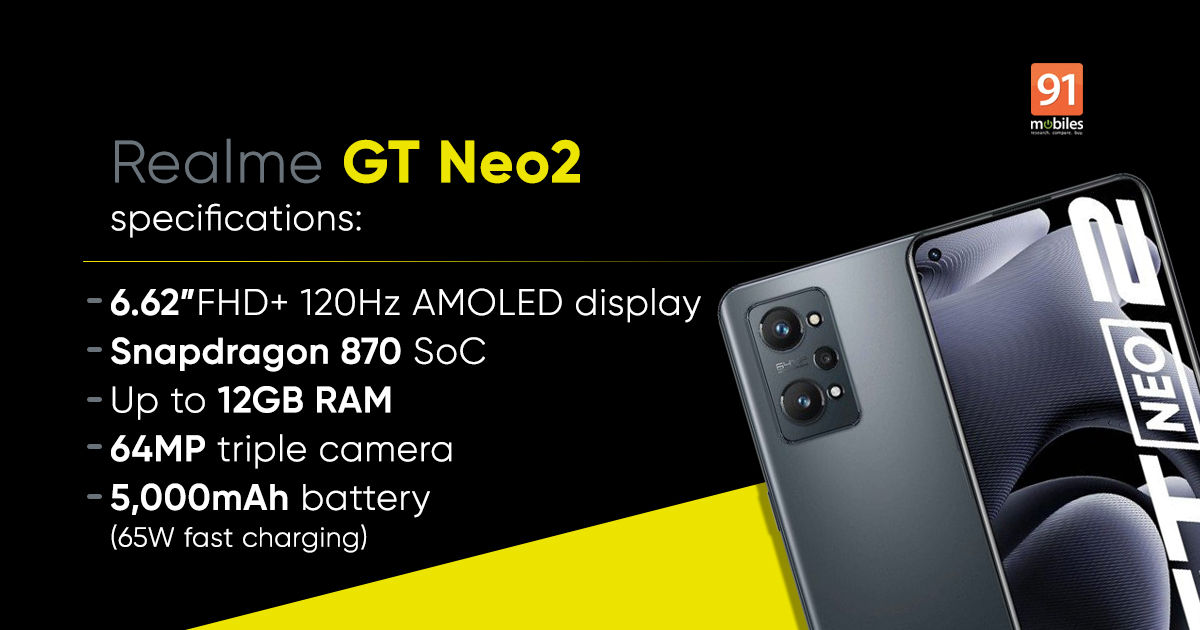 Also read: Want to buy OnePlus 9R? Here’s why you should wait for Realme GT Neo2 instead

Guys, when do you want to experience #EverythingInNEO?

Realme GT Neo2 specifications include a 6.62-inch FHD+ E4 AMOLED display with a 120Hz refresh rate, Gorilla Glass 5 protection, a 600Hz touch sampling rate, 1300 nits brightness, a 500000:1 contrast ratio, and DC dimming. The phone is powered by the Qualcomm Snapdragon 870 SoC paired with up to 12GB RAM and up to 256GB internal storage that is expandable further via a microSD card. It runs Android 11-based on Realme UI 2.0 custom skin out of the box. The phone packs a 5000mAh battery with 65W fast-charging support, an in-display fingerprint sensor for security, and a punch-hole cutout. 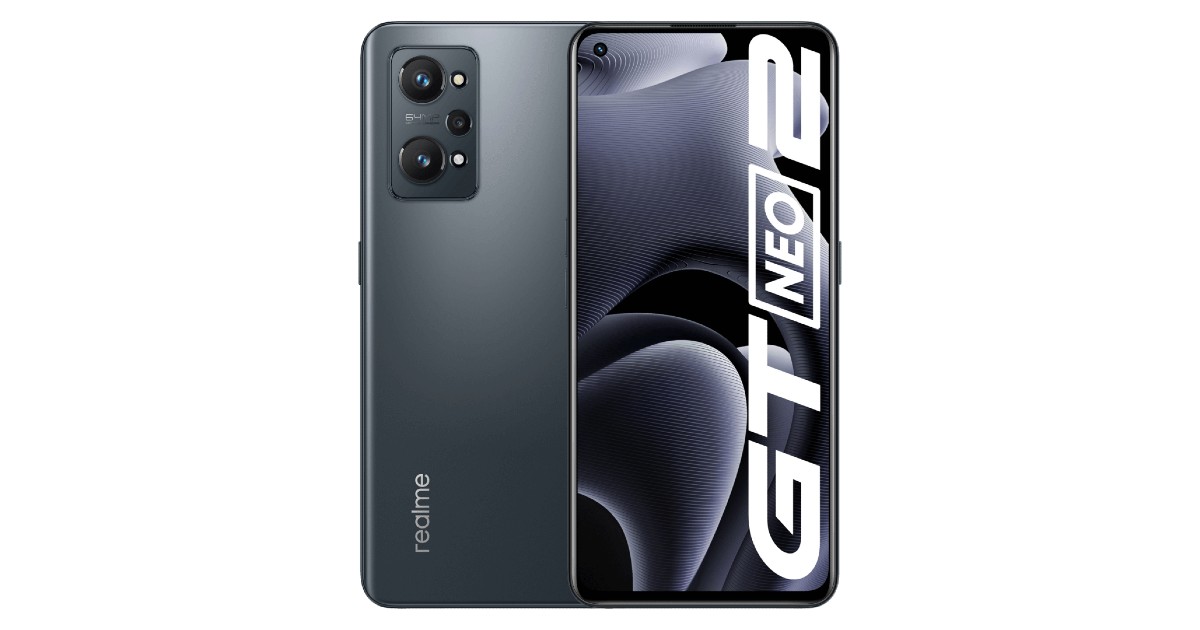 Moving to optics, the Realme GT Neo2 packs a triple camera setup on the back, with a 64MP primary sensor, an 8MP ultra-wide-angle lens with 120-degree FoV, and a 2MP depth sensor for portrait shots. There is a 16MP snapper on the front for selfies and video chats. Connectivity features include 5G, 4G LTE, Wi-Fi 6, Bluetooth 5.1, GPS, and USB Type-C port for charging and data sync.

What is the expected Realme GT Neo2 price in India? 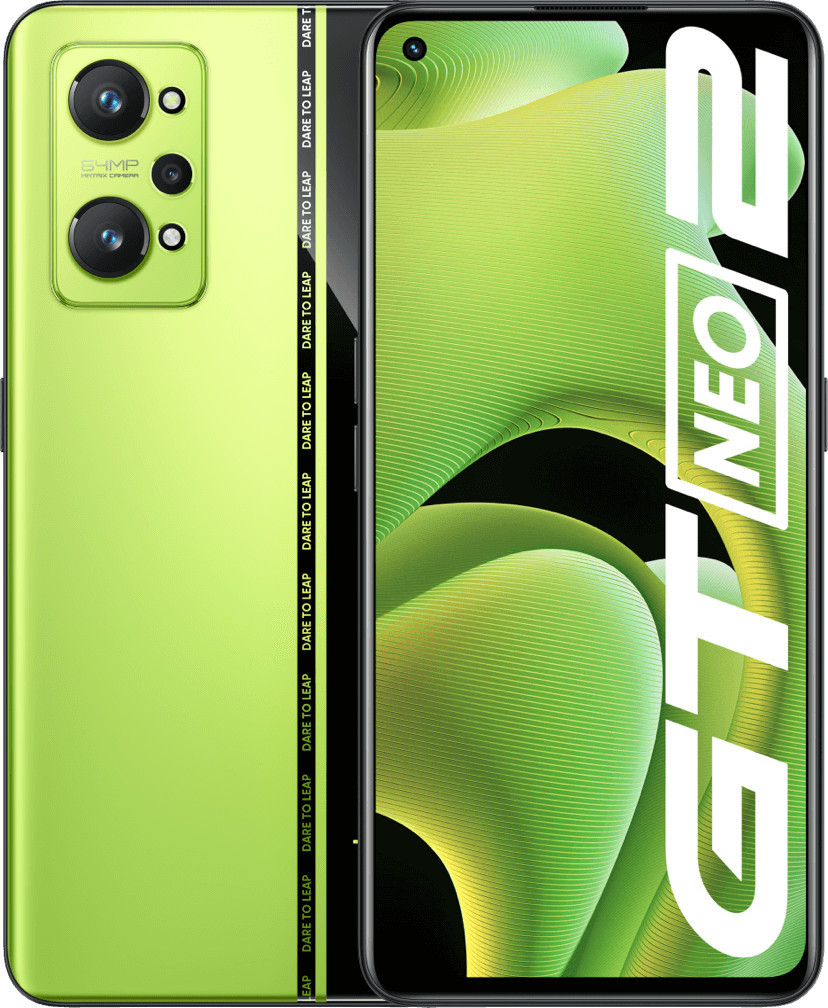 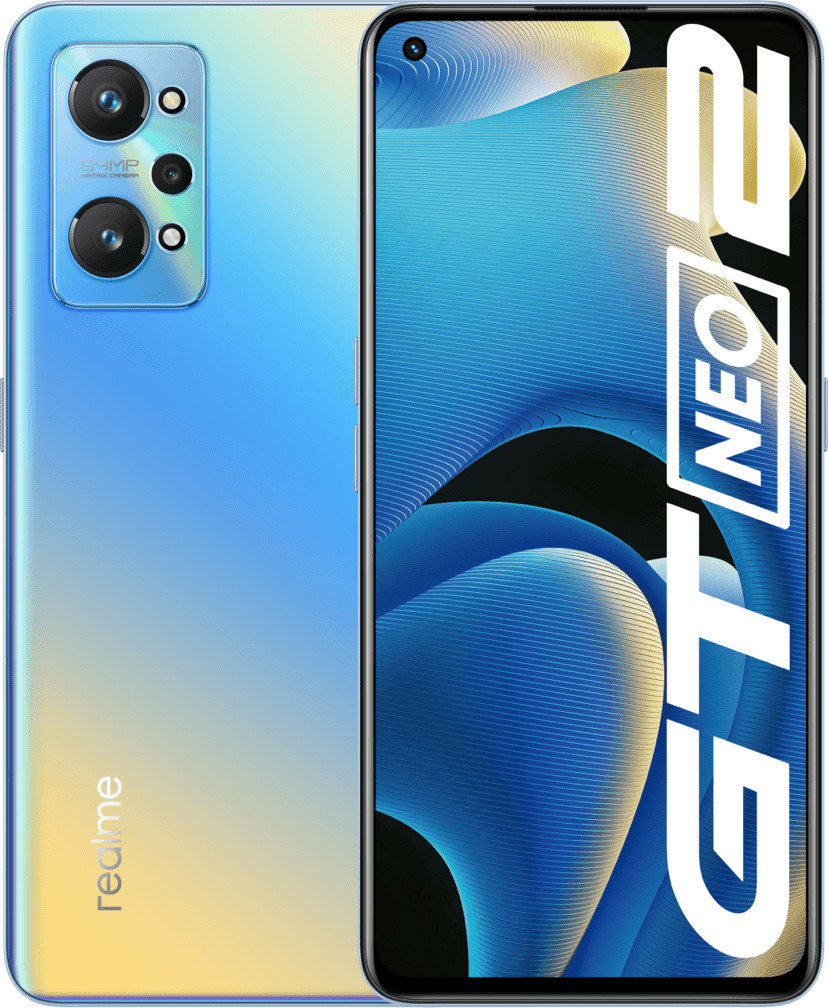