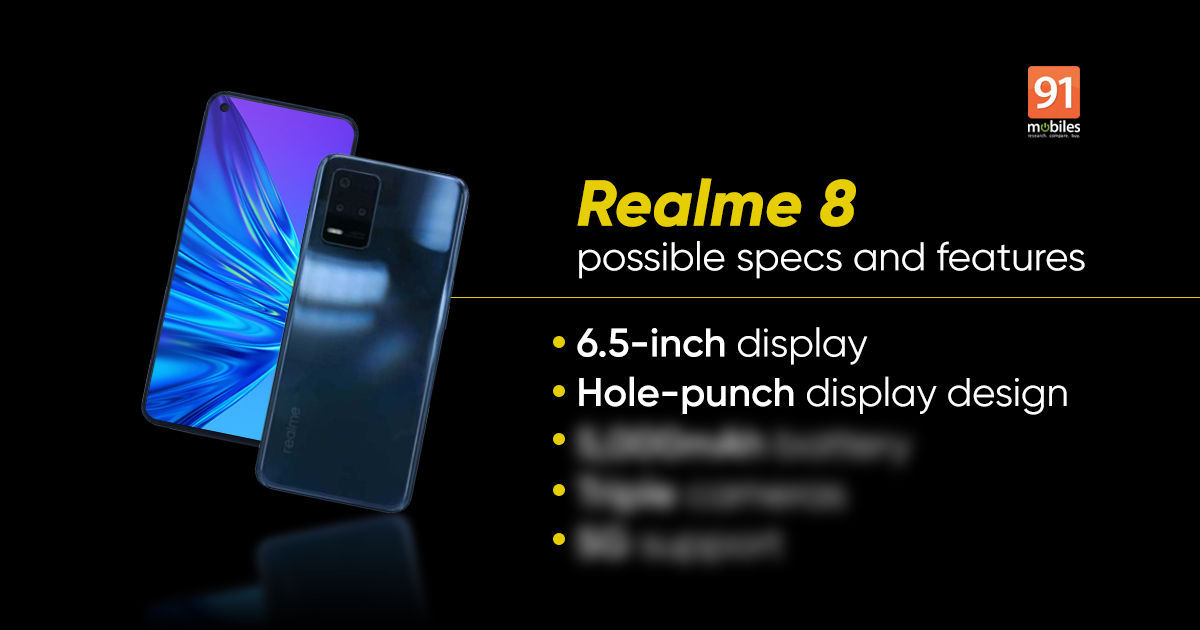 Realme 8 series launch in India is expected later this month. The company hasn’t shared the launch date yet but revealed key Realme 8 series specs as well as the design. Now, a mysterious Realme mobile phone with model number RMX3081 has been spotted on the US certification site FCC by tipster Mukul Sharma. The handset is believed to be part of the upcoming Realme 8 series. If so, we now know the battery, charging, and software details of either the Realme 8 or Realme 8 Pro. The listing confirms that the phone will pack a 4,500mAh battery backed by a 65W fast charging solution. Additionally, the handset will run on Android 11-based Realme UI 2.0 out of the box.

Realme RMX3081 with a 4,500mAh battery, 65W fast charging, and Realme UI 2.0 receives the FCC certification ahead of launch. Could likely belong to the Realme 8 series.#Realme #Realme8 #Realme8Pro pic.twitter.com/wnWXA1n4UT

This is all the FCC reveals about the possible Realme 8 specifications. Separately, rumours have revealed that the Realme 8 series, which is expected to include two models, will tout the Snapdragon chipset with 4G connectivity. The vanilla Realme 8 is said to come with the Snapdragon 720G chipset, while the Realme 8 Pro may employ the Snapdragon 730G SoC. The 5G variants of the phones are also rumoured, but their chipset remains under the wraps. The alleged TENAA listing of Realme 8 suggests that it may come with a 5,000mAh battery, 6.5-inch punch-hole display, and triple rear cameras.

Additionally, Realme has confirmed that the Realme 8 Pro will pack a 108MP Samsung HM2 sensor and Realme X7 series-like design. The Realme 8 Pro will also tout quad-camera setup and features like a Starry Mode time-lapse, tilt-shift photography mode, and more. You’ll have to wait a bit longer to find out all the details, including price, and availability.