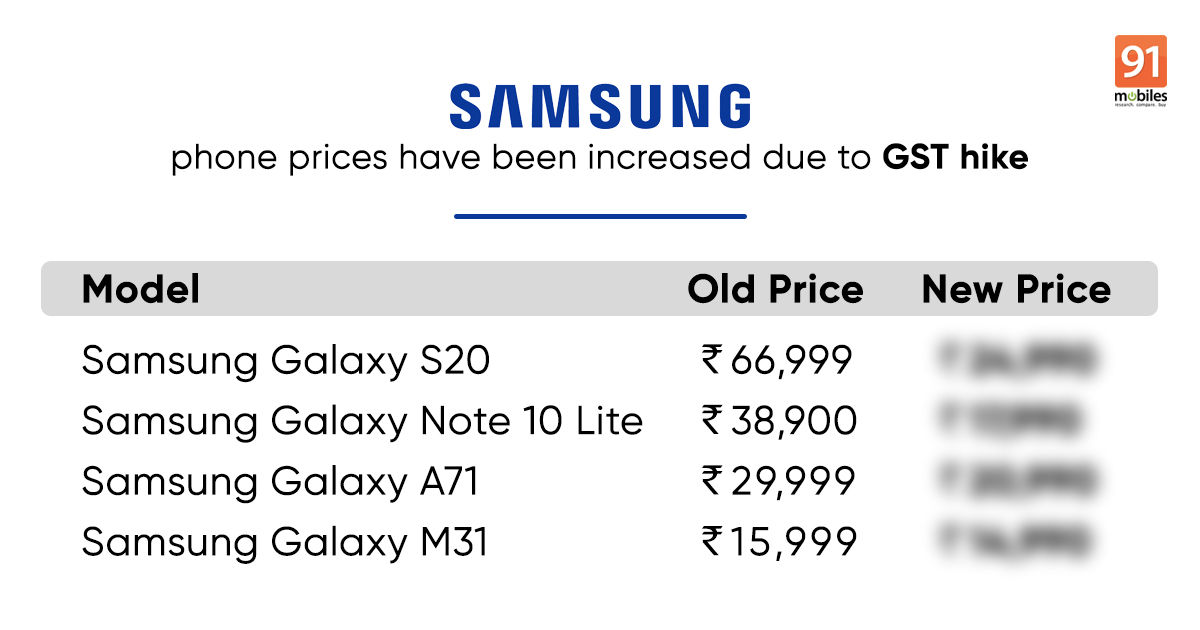 “Manufacturers like Samsung are complying with the new GST rate on mobile phones, which has been increased to 18 percent from 12 percent”

Samsung has revised the prices of its smartphones in India, following the GST council’s decision to increase the tax on mobile phones to 18 percent from 12 percent. The new rules are applicable starting from today, i.e. April 1st, which means smartphones across brands will become costlier than ever before. We have already reported on OPPO phone prices that have been hiked as well as revised prices of Vivo phones. As for Samsung, retail sources have tipped 91mobiles that it has increased the prices of its smartphones across all price segments, including the latest Samsung Galaxy S20 series and Samsung Galaxy Z Flip, by up to Rs 9,000. Check out the new prices of Samsung smartphones after the new GST rate.