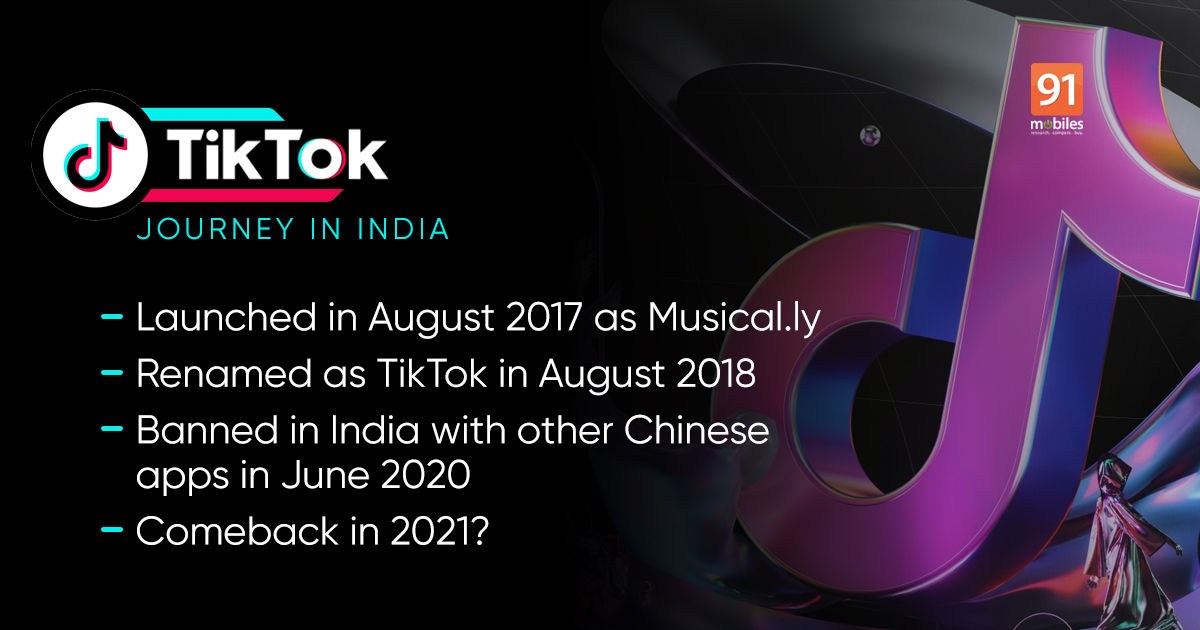 Unlike PUBG Mobile, which got a second chance in the Indian market as Battlegrounds Mobile India (BGMI), the doomed video-sharing app TikTok has had no such luck yet. The app continues to remain banned, despite parent company ByteDance’s multiple attempts to negotiate with the government. However, there is still hope for TikTok aficionados out there as the company seems to be planning to return to India. Twitter leaker @StuffListings happened to stumble upon a trademark application that referenced the phrase “TickTock” in India. It is patented by none other than ByteDance, indicating that it could have some plans for India soon.

So yes, TickTock might very well be coming to India. ByteDance has filed the trademark for the same in the country.
Feel free to retweet.#TikTok #TickTock pic.twitter.com/ORh4GHDzzl

The listing status currently sits at, ‘marked for exam’, so it could be a while before we hear anything about this. It seems like ByteDance is adopting the same strategy as PUBG developer Krafton to bring back a banned app to India under a different name, although its efforts are a lot less subtle. Nonetheless, the 200 million-odd TikTok users in the country will be thrilled to get their favourite app back, even if it is under a different name. There is always a chance that the trademark filing could be for something entirely different, though that does seem unlikely in this case. Its item description is vague and doesn’t tell us a whole lot.

TikTok was used by as many as 200 million users in India when it was banned in June 2020.

TikTik’s departure from India has spawned a barrage of clones that try to impersonate the real thing. Apps such as Mitron managed to get some attention as ‘local’ alternatives for TikTok, but never quite caught on. However, TikTok also has competition from the likes of Instagram Reels, which seems to be one of the app’s more popular features now.

Nearly 75 percent of these former TikTok users are not likely to switch back to the app if it relaunches in India.

According to recent reports, made-in-India short video apps like MX TakaTak, Moj, Roposo, and Josh now reach 97 percent of TikTok’s user base. This amounts to over 190 million users across the country. Popular influencers moving to these apps is the reason behind this growth in many cases. RedSeer, a management consultancy firm, in an April 2021 report said tier-2 cities account for 60 percent of the user base of these short-video apps, which have put a lot of emphasis on vernacular content to gain users. And while most TikTok users have flocked to other platforms, the time spent browsing on these apps is only 55 percent of the time spent on the Bytedance-owned app.

Interestingly, RedSeer said nearly 75 percent of these former TikTok users are not likely to switch back to the app if it relaunches in India (perhaps as TickTick). That will be the challenge Bytedance will have to overcome if it plans to return to the market.

And while parallels can be drawn to the rousing success of PUBG Mobile relaunching in the country as Battleground Mobile India, it doesn’t truly reflect the situation. There was no other game that really filled the gap created by the PUBG Mobile ban in India, something that clearly isn’t the case for TikTok.