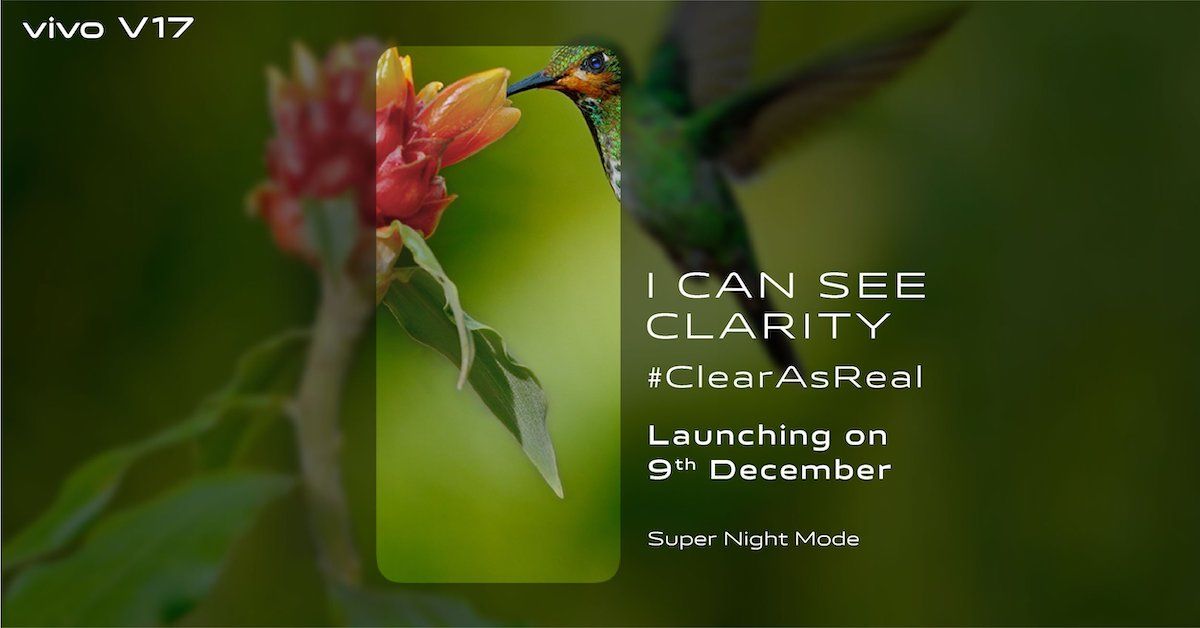 “Vivo V17 has shown up in official renders, leaked hands-on videos, and more, but this is the first time Vivo has officially confirmed the name of the phone as it launches in India on December 9th”

Vivo has finally confirmed the launch of the Vivo V17 smartphone in India on December 9th. While the company sent out invites for a Vivo phone launch on December 9th, the name of the phone was not confirmed. Vivo has now officially revealed that the event will indeed see the launch of the Vivo V17. Over the past few days, 91mobiles has been bringing you exclusive details about the Vivo V17 that include official renders, a live hands-on video showing off the design of the smartphone as well as its key specifications. Vivo has already confirmed that the V17 will feature a punch-hole display instead of a waterdrop notch display as seen on the V17 model launched in Russia.

Can you hear the buzz! The #ClearAsReal 32MP Front Camera on #vivoV17 is here to create some flutter.

The Vivo V17 specifications in India will be slightly different than the one launched in Russia. The handset will ship with a 6.44-inch FHD+ OLED ‘iView’ punch-hole display instead of waterdrop notch screen. The display is said to offer an impressive 91.38 percent screen-to-body ratio and optical in-display fingerprint scanner for biometrics. The rear panel of the phone will feature an L-shaped camera module instead of a diamond-shaped module. The camera setup will include a 48-megapixel primary sensor, an 8-megapixel secondary sensor, and dual 2-megapixel units. 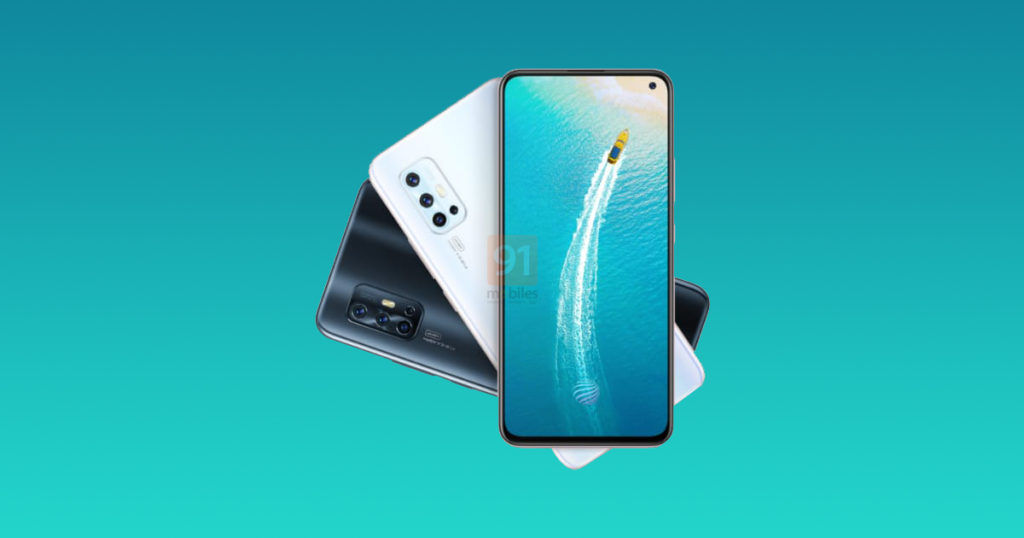 Vivo V17 will be powered by Qualcomm’s Snapdragon 675 mobile platform paired with 8GB of RAM and 128GB storage onboard. The phone will most likely ship with Android 9 Pie-based FunTouch OS 9. Vivo V17 will house a 4,500mAh battery with 18W fast charging support. Lastly, the Vivo V17 will have standard connectivity options, glass sandwich design, and gradient finish.

While Vivo is yet to announce it officially, the Vivo V17 price is rumoured to be around Rs 20,000. The handset is expected to go on sale in both offline and online stores across the country in two colour options – Glacier Ice and Midnight Ocean.