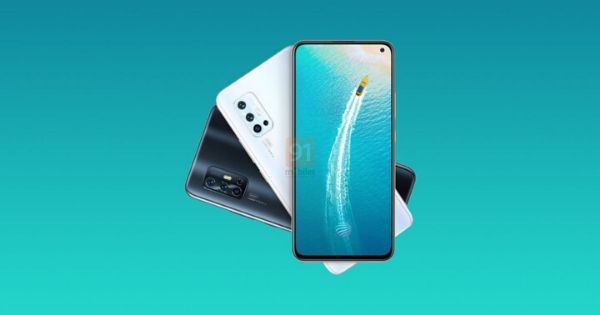 Live hands-on video of the Vivo V17, which is expected to launch on December 9th in India, has leaked online and 91mobiles brings you an exclusive first look. The short 9-second video shows the real-life design of the handset, as well as its camera and UI in action. This comes just a few days after 91mobiles brought you the exclusive press renders of the Vivo V17 smartphone. The images revealed that the handset will debut in India with punch-hole display and L-shaped rear camera module instead of waterdrop notch screen and diamond-shaped camera module. Have a look at the video attached below:

The Vivo V17 is expected to launch with a 6.44-inch FHD+ punch-hole AMOLED display, which may be marketed as ‘iView Display’. The handset will feature an in-display fingerprint scanner and as many as four cameras at the back. The cameras will be comprised of a 48-megapixel primary sensor paired with an 8-megapixel secondary shooter sensor, a pair of 2-megapixel units, LED flash, and Super Night Camera feature for images in the low light environment. The front camera of the phone is expected to feature a 32-megapixel shooter for selfies and video calling.

Under the hood, the phone is tipped to be powered by Qualcomm’s Snapdragon 675 chipset coupled with 8GB RAM and 128GB storage. A 4,500mAh battery is with 18W fast charging is likely to fuel the handset. Software-wise, the Vivo V17 will boot Android 9 Pie-based FunTouch OS 9 out of the box.

As for the price, the Vivo V17 is expected to cost around Rs 20,000 in India. The phone will be available in both offline and online stores across the country in Glacier Ice and Midnight Ocean colour options.