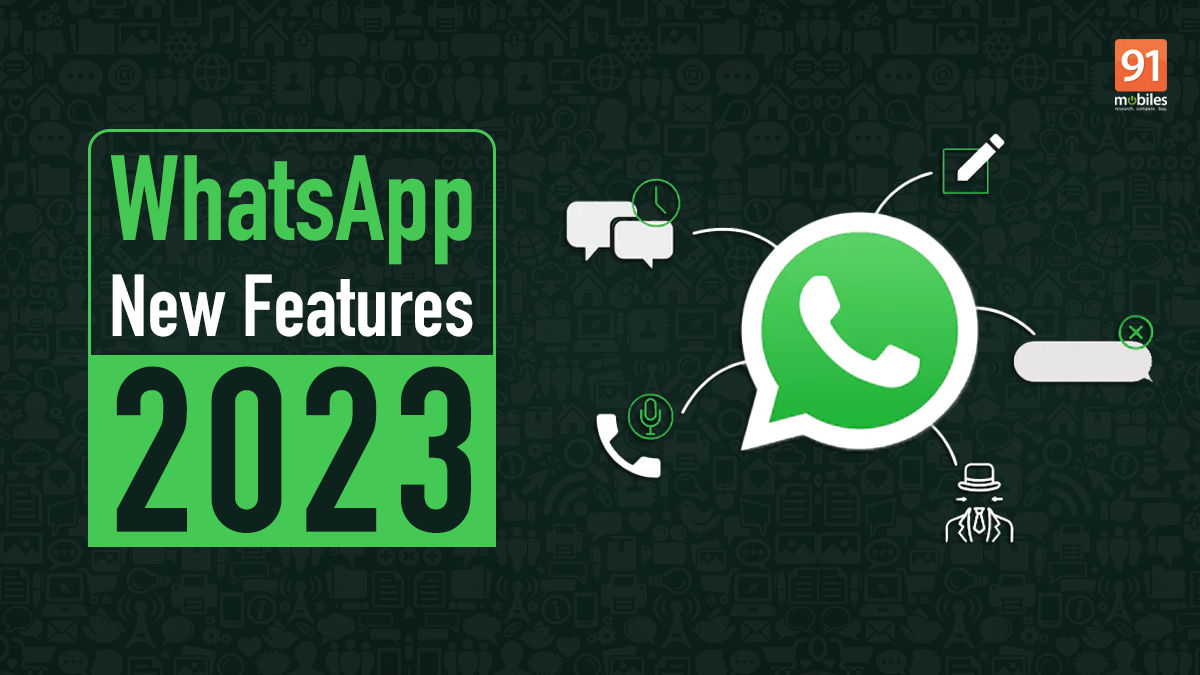 WhatsApp is all set to launch a handful of new features this year. The company has already been testing some of these features on beta users, and it won’t be long before they are rolled out for all. The WhatsApp new features 2023 list is likely to include a screen lock for the desktop app, view once text, companion mode, PiP for video calls on iOS and more. In this article, we have compiled a list of new WhatsApp features that are currently in development and may release in the upcoming months throughout 2023.

Here are the WhatsApp features that are now live in the stable version of the app.

WhatsApp Search for messages by date 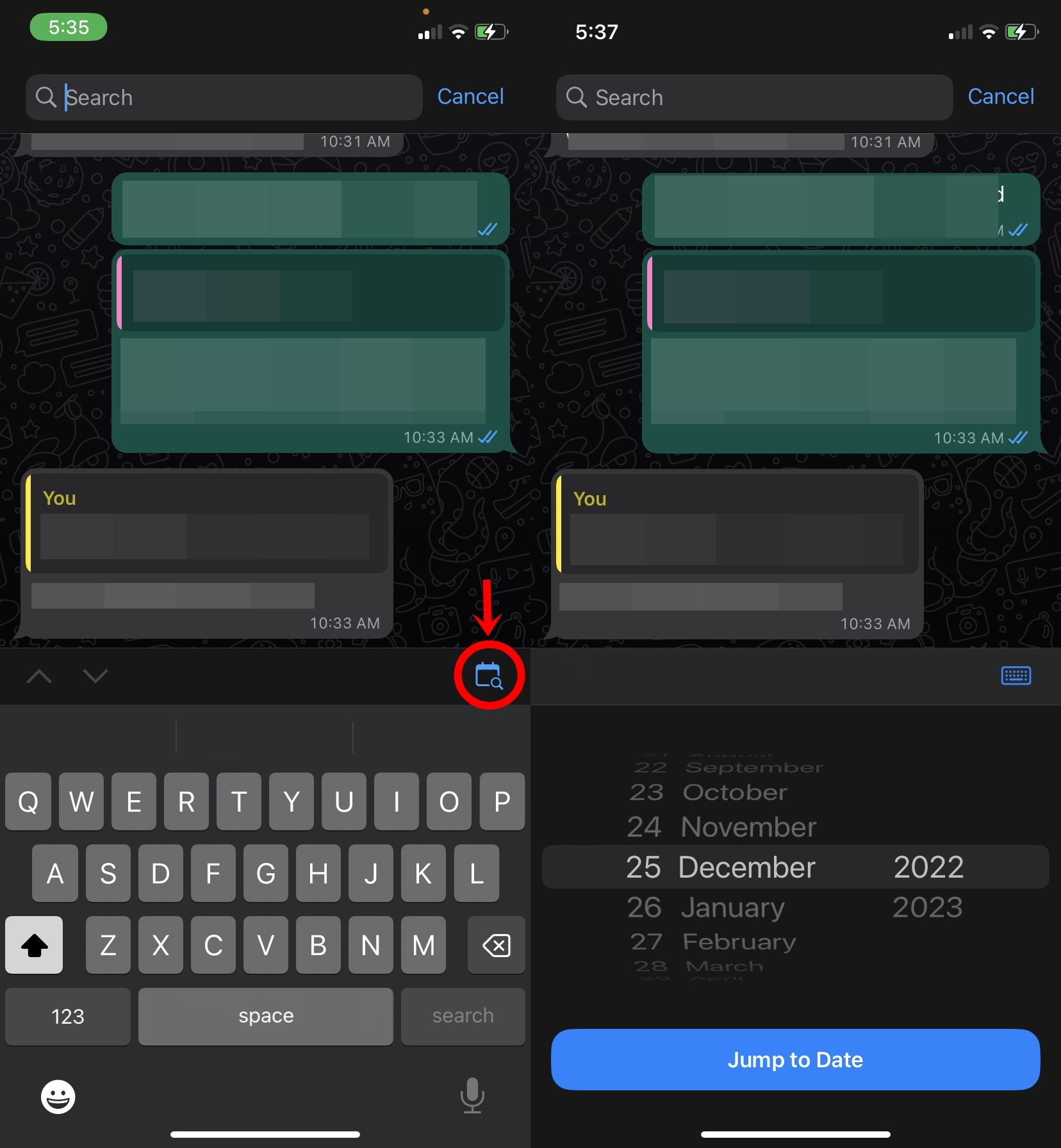 WhatsApp’s search for messages by date feature is now available for all iPhone users. This will help users to find a particular message in the long chat history. The feature allows users to find and search messages by date. In order to use this feature, make sure WhatsApp is updated 23.1.75 app version. After this, go to the chat window –> click on the profile –> tap on ‘Search’ –> the search box will appear on the chat window. To look for messages by date, select the calendar icon just above the on-screen keyboard and choose the date and month.

WhatsApp has several new features in the pipeline that are expected to launch throughout 2023. Let’s take a quick look at each of them.

One of the biggest gripes of WhatsApp is that users cannot log in with the same account on multiple phones. The upcoming ‘Companion mode’ could soon change that by allowing users to link their existing WhatsApp account or mobile number with additional phones. With this mode enabled, users will not be logged out from their primary mobile when signing into another phone. This will ultimately unlock the possibility of using WhatsApp on an Android phone and an iPhone simultaneously. Since the feature is currently in beta for Android, expect a stable release in the coming months.

Just like the name suggests, View Once will allow users to send a text-based message that will automatically be deleted when the recipient opens and reads it. The feature could come in really handy when you want the party on the other end to not store any confidential and private information. Consider it as the text alternative to the View Once photo feature that WhatsApp has been sporting for a while now.

Picture-in-Picture for video calls on iOS

WhatsApp users on Android have been enjoying video calls in Picture-in-Picture mode for well over a few months. The same functionality could soon come to iPhones which will allow users to browse through other apps while minimising the video call into a small interface that can be dragged and placed anywhere on the screen. With PiP for video calls, users will be able to multitask with ease.

WhatsApp: How to send WhatsApp messages without saving numbers on Android mobile phones and iPhones

Currently, WhatsApp lets users upload texts, images, videos, and URLs as status (stories) updates. In the coming few months, a new type of media could soon be added to statuses i.e. voice notes. According to WABetaInfo, when in the status upload interface, users will be able to post voice notes for up to 30 seconds to their status by selecting the ‘microphone’ icon at the bottom right corner. Furthermore, these voice notes could be end-to-end encrypted and will be shared with only the people you choose.

For most users, WhatsApp is the go-to solution for video calls and group calls. To keep up with all the recent and missed calls, WhatsApp may soon introduce a dedicated call tab for its desktop app. The call log will sync with the phone in real-time to provide users with up-to-date calling history. Do note that this functionality may not come to WhatsApp Web as it doesn’t natively support voice calling, unlike WhatsApp for Windows and Mac. 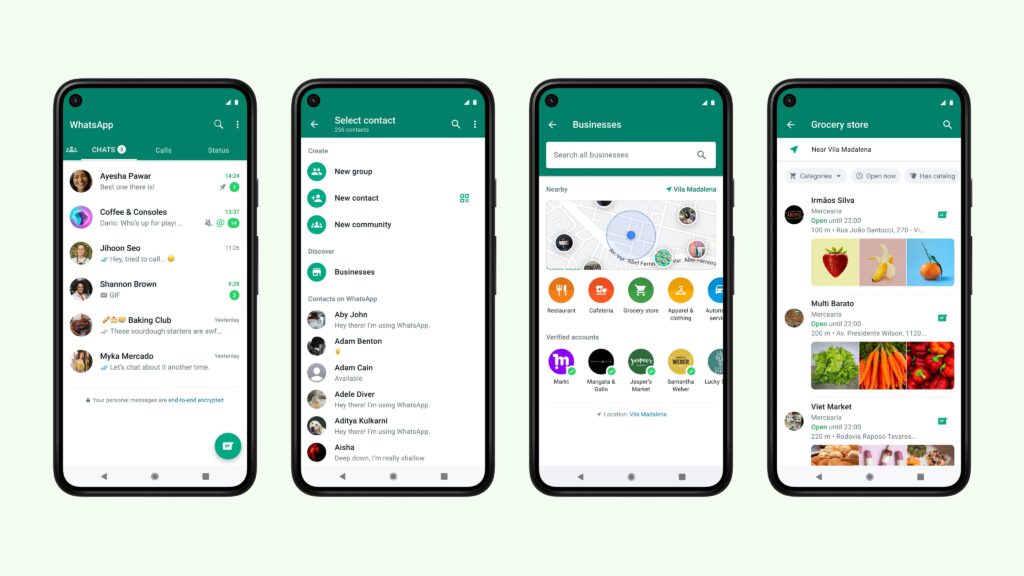 Currently rolling out in a handful of countries, WhatsApp business directory will let users find and connect with businesses based on various categories and niches which include restaurants, grocery stores, automobile services, etc. But for this to work, both existing and new WhatsApp Business accounts will have to send in their request to apply for the business directory and then only users on the platform will be able to find them. WhatsApp has also released additional details regarding the business directory on its official blog post. Furthermore, businesses will be able to provide a ‘add to cart’ functionality right within WhatsApp.

Unlike the WhatsApp mobile app, the desktop app does not come with a biometric screen lock. Having a built-in screen lock adds additional layers of security provided the user has also enabled the device lock from settings. The feature could land on both Windows and Mac sometime in 2023. 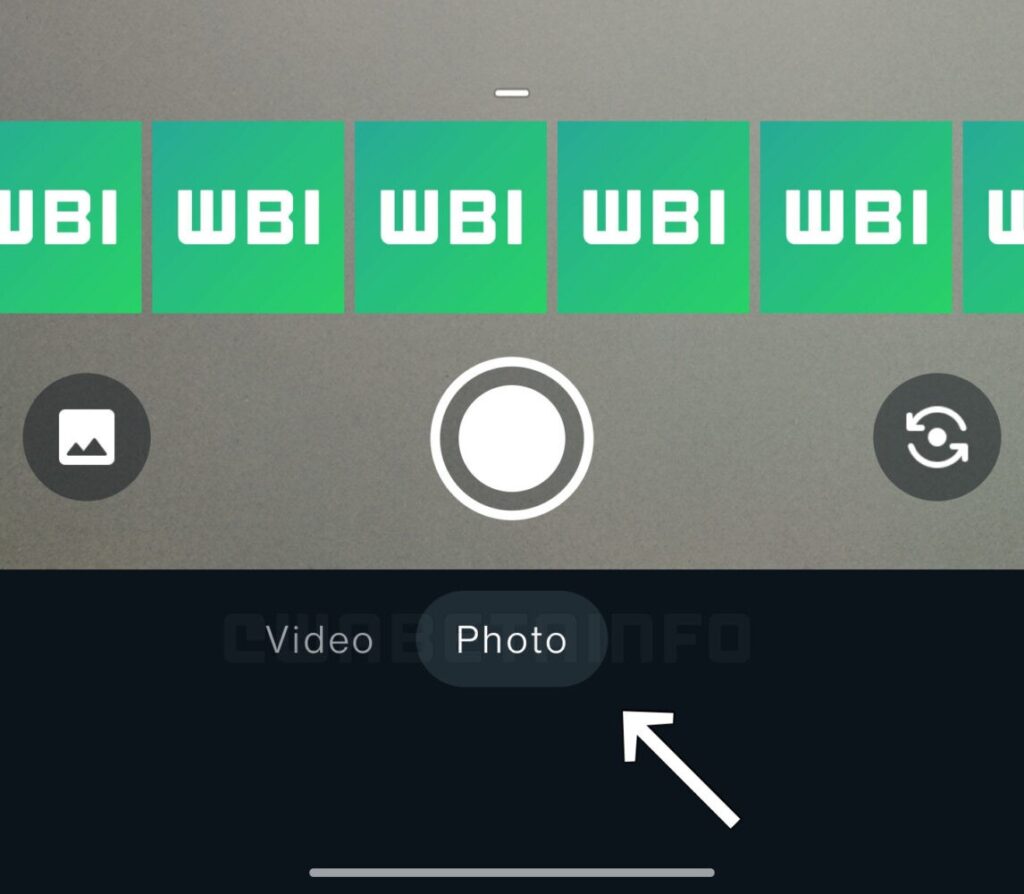 WhatsApp is working to get a new dedicated video mode on its platform. This will be different from the current mode where users are required to press and hold the shutter button to record a video using WhatsApp’s inbuilt camera interface. Once the feature is rolled out with the new update, there will be a separate video recording option with a dedicated button within the camera UI. 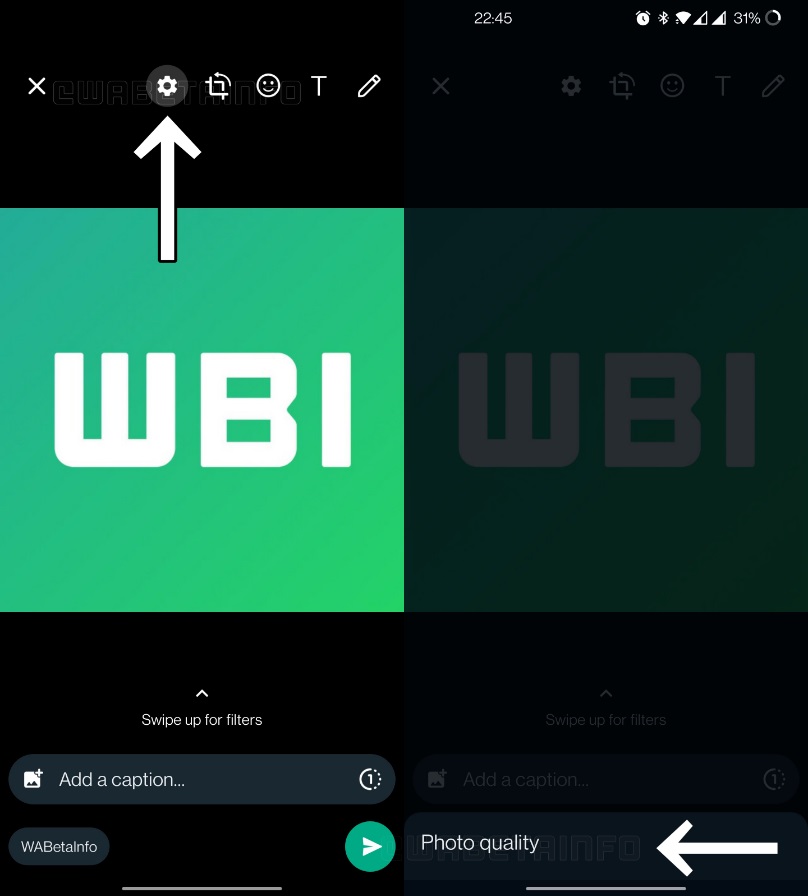 When sending images through WhatsApp, it often deteriorates the quality of images resulting in loss of details and resolution. However, a new feature that is said to be in the works could bring a dedicated button within the screenshot editor screen that will allow users to change the quality of the images to avoid any compression when sharing images to chats and groups.