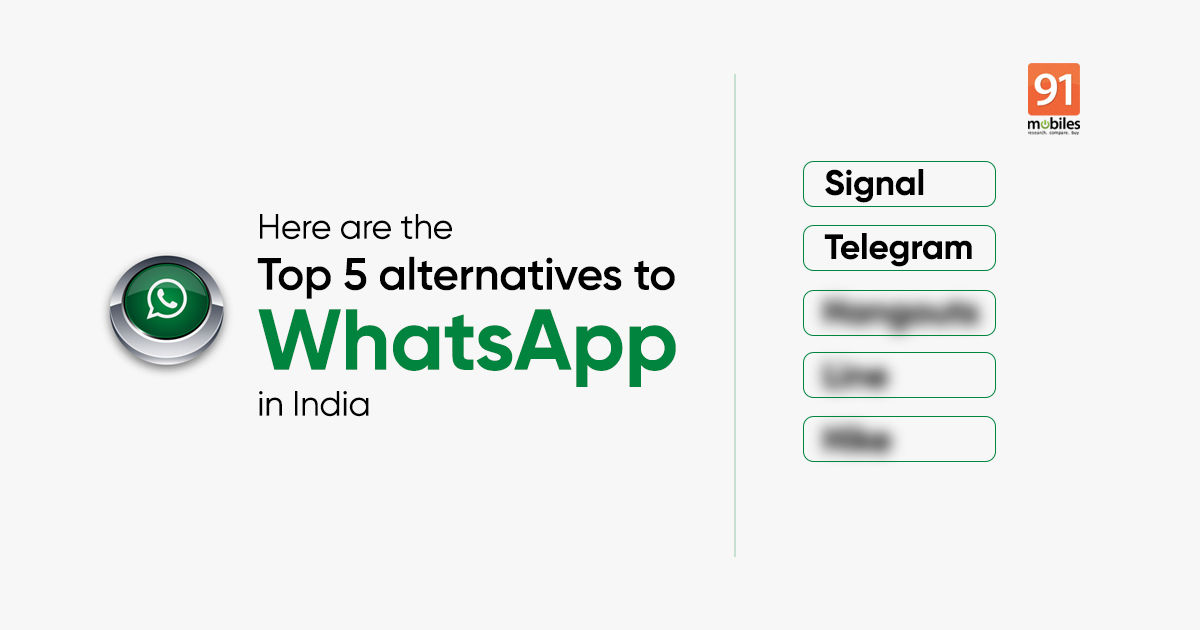 WhatsApp users received an ultimatum of sorts this week from Facebook: agree to share your data with Facebook and advertisers or stop using WhatsApp. The company has made it mandatory for users to share data with Facebook, among other things. If they refuse, users will have to quit WhatsApp. The new terms of service are set to take effect a month from now, on February 8th. This has led to a huge uproar among users, with many – including Tesla, SpaceX, and Boring Company CEO Elon Musk – coaxing one another to leave WhatsApp and shift to other social messaging platforms. In light of that, we’ve compiled a few WhatsApp alternatives that you can consider. Let’s take a look:

WhatsApp data that’ll be shared with Facebook and third-party apps:

WhatsApp alternatives that you can consider

This WhatsApp alternative needs no introduction. Telegram has been one of the closest competitors to the Facebook-owned messaging platform for a while now, but the margin between their download numbers is pretty huge. Telegram, available for both Android and iOS users, has pretty much the same features as WhatsApp: you can send and receive messages, share files/ media, and make calls to your friends using the app. Additionally, Telegram supports supergroups with up to 1,00,000 people, public channels, usernames, file-sharing up to 1.5GB, passcode lock, and self-destructing messages. The social messaging platform is also end-to-end encryption, much like WhatsApp.

Signal is another WhatsApp alternative that you can consider. The app has seen a surge in users in the last couple of years, owing to its privacy features. As per its listing on App Store, Signal doesn’t link any data to your identity. In addition to this, the app has security codes to verify that calls and the messages sent to a chat are end-to-end encrypted. Signal also comes with security features such as view-once media, PIN lock, and more. The app’s features remain identical to WhatsApp, in the sense that you can message contacts, start free video or voice calls, and hop on a conversation with one person or a group. Lastly, Signal is an independent nonprofit whose development is supported purely by donations from users.

Wire earned its reputation as a WhatsApp alternative owing to its privacy feature. The instant messaging platform uses new encryption for every message, reducing the impact of a single compromised key. Additionally, the app is 100 percent open-source for users to modify, inspect, and improve it through GitHub. Wire features include communication with teams through private or group conversations; sharing and collaboration with files, documents, links with reactions; and one-click conference call button for voice/ video calls; among others.

Threema offers almost every feature one would expect from instant messenger without compromising on security. For starters, the app does not require a phone number or any other personally identifiable information for registration. Threema also saves as little data on servers as technically possible, leaving no room for misuse. The app deletes the messages from its servers as soon as they are delivered to the recipient. Since Threema is open-source, users can independently verify the correctness of the encryption. With Threema Web, you can also use the messaging app from your desktop, much like WhatsApp.

Last but not the least, Line. You may have heard of the instant messaging platform somewhere over the past few years. The WhatsApp alternative comes with some unique features such as ‘Line Out’ to make international calls to non-Line users, ‘Keep’ feature to save your favourite messages and photos, and more. These in addition to sending text messages and sharing files/ media, which the company claims are encrypted on their servers and cannot be read by anyone except the sender and receiver of the message. Other highlights of the messaging app Line include passcode lock, filter messages, themes, Line Pay for payments, and ‘timeline’ to see status updates and photos from your friends. There is a lite version of the app too if you have a smartphone with basic specifications.