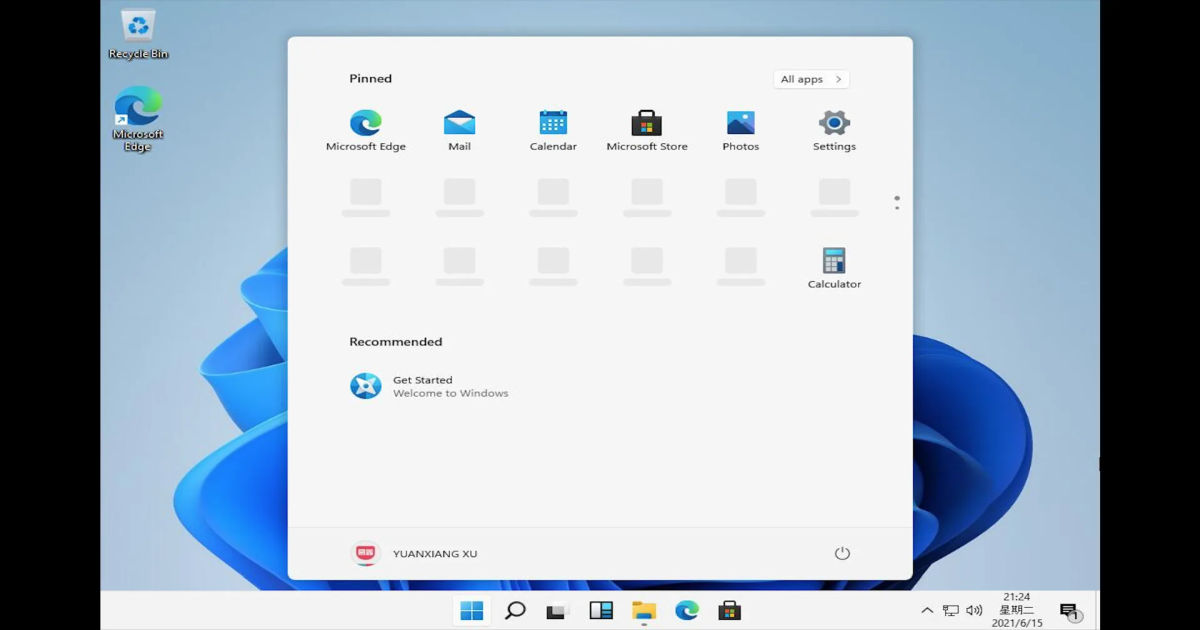 A leaked version of Microsoft’s upcoming Windows 11 operating system somehow found itself hosted on multiple file-sharing websites yesterday. The ISO is fully functional and sheds light on some key Windows 11 features. Microsoft is officially supposed to unveil the operating system at an event on June 24th. Based on what we can see so far, there are quite a few UI overhauls, many of which draw inspiration from popular Linux distros and even MacOS. The Start Menu gets a significant overhaul. It replaces Windows 10’s bloated widgets and tiles with a more cut-down version. Everything else is largely the same, though. Here’s what it looks like:

Start Menu on the left (image via The Verge)

Windows 11 also lets you move the Start menu (and all the icons next to it) to the centre of the screen to give it a very MacOS-like look. As you can see in the screenshots, you can now access your frequently used apps, recently accessed documents, and more via the Start Menu with relative ease.

For the most part, Windows 11 still holds dear to Windows 10’s general design principles. Some apps get a fresh coat of paint, while others remain largely the same. The startup menu is largely the same, as is My Computer. Widgets look quite interesting, too.

Given that this is a very early build of Windows 11, it may not have all the features Microsoft has in store for us. Furthermore, there could be a laundry list of under-the-hood changes that aren’t visible at first glance. It is good to see a new version of Windows finally get released, more so after Microsoft said that Windows 10 would be the last version of the operating system.

While you wait for the official Windows 11 announcement, you can check out more news about Windows 10 laptops as well as popular product recommendations on our Facebook, Twitter, and Instagram pages and head to our YouTube channel for the latest videos.