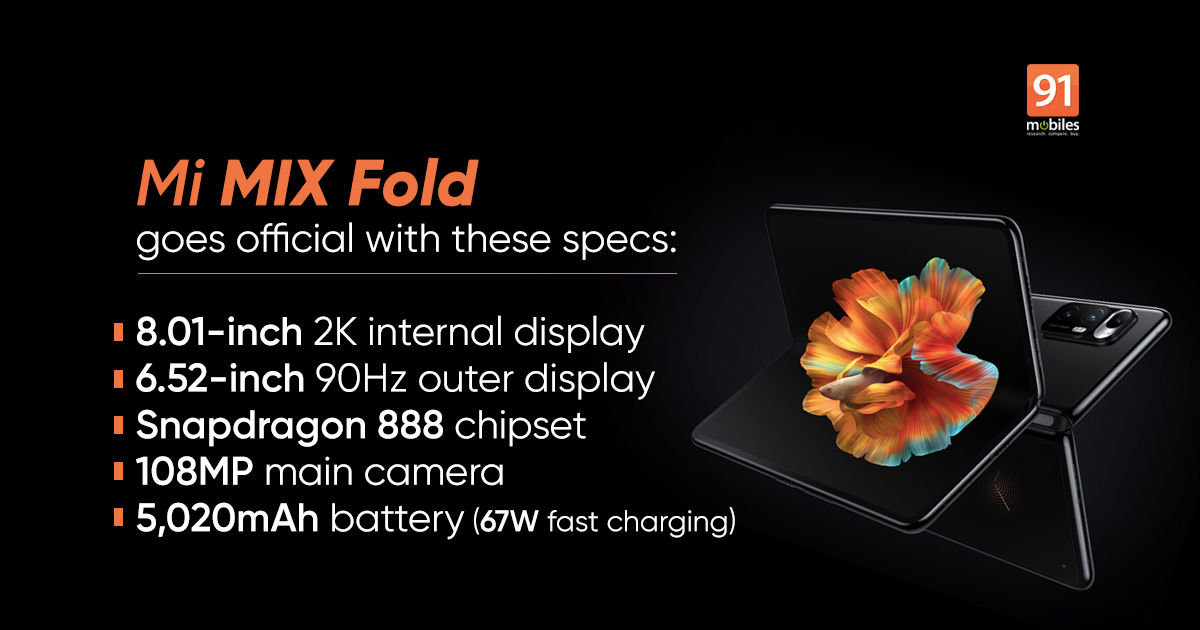 We will be releasing a special edition #MiMIXFOLD very soon. We can’t wait to show it to you. Be sure to check back for more details. #XiaomiMegaLaunch pic.twitter.com/4Gp2cIv7Tp

There will be two material options on offer; one with Corning Gorilla Glass back which will have ceramic texture and the other is the Ceramic Special Edition that comes with a black-coloured ceramic back panel. It is currently unclear if there will be a price difference between both the models or not.

The Mi MIX Fold pre-orders in China will start today and the foldable will go on sale from April 16. The brand has not announced the pricing and availability details of Mi MIX Fold for markets outside China.

Let us start with the most exciting feature of the Mi MIX Fold, its foldable display. The smartphone has an 8.01-inch OLED display on the inside with QHD+ resolution and a 4:3 aspect ratio. According to Xiaomi, this is the largest display on a foldable smartphone. The display has HDR10+, Dolby Vision, 600 nits max sustained brightness, and 900 nits peak brightness. Unfortunately, it supports a standard 60Hz refresh rate.

Nonetheless, you can get a tablet-like experience on this screen thanks to its large estate. This display should be excellent for watching videos, browsing the web, and productivity. Xiaomi is also offering a desktop mode with resizable windows. This mode can be activated with a three-finger swipe. 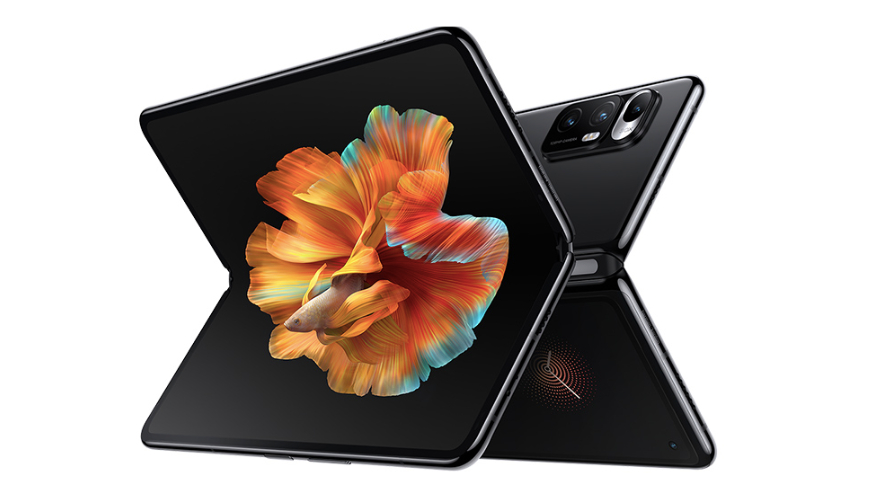 On the outside, you get a 6.52-inch AMOLED screen with 2,520 x 840 pixels resolution. As you might have figured, the outer display has a rather wide aspect ratio of 27:9. Fortunately, this display supports up to a 90Hz refresh rate. You also get a 180Hz touch-sampling rate, 650 nits brightness, HDR10+, and Dolby Vision.

According to Xiaomi, the Mi MIX Fold uses a U-shaped hinge that is 27 per cent lighter than the hinges used by other foldable smartphones. The phone was put through 200,000 bends during its reliability test and then the number was pushed further to 1 million folds. That is quite impressive in our opinion.

Enough about the display, let us talk about cameras now. The Mi MIX Fold brings with it an innovative camera feature. The 8MP telephoto camera of the smartphone has what Xiaomi calls ‘Liquid Lens.’ In layman’s terms, it is a flexible film filled with transparent liquid and it can change its shape like a human eye. The Liquid Lens helps the camera to adjust its optical magnification from 3x to 30x. This technology also helps the camera to achieve a minimum focus distance of just 3cm which allows it to capture faraway objects or take macros.

As for the primary camera, it is a 108MP unit. You also get a 13MP ultrawide camera and an 8MP macro camera. It is also worth mentioning that the Mi MIX Fold is equipped with the brand’s own ISP (image signal processor), the Surge C1. According to Xiaomi, it runs 3A algorithms, Auto Focus, Auto Exposure, and Auto White Balance.

Powering the Mi MIX Fold is the Qualcomm Snapdragon 888 SoC. The smartphone runs on Android 11 OS. As mentioned earlier, there are three configurations on offer – 12GB+256GB, 12GB+512GB, and 16GB+512GB. The RAM is an LPDDR5 unit and the storage uses UFS 3.1 technology.

The phone is backed by a 5020mAh battery split between two 2,460mAh cells. There is 67W charging onboard that can charge the device from zero to 100 per cent in just 37 minutes.

The phone also has a very capable heat dissipation system; a large vapor chamber, thermal gel, and multiple layers of graphite sheets. The cooling system not only takes care of the heat from the chipset but also from the battery and antennas.

The Mi MIX Fold has a quad-speaker setup which is something that was only found in tablets up until now. The speakers are tuned by Harman Kardon, says Xiaomi. According to the brand, there are four 1216 super linear speakers that are 40 per cent louder than the speakers in the Mi 10 Pro. Connectivity features include 5G, dual-band Wi-Fi 6, Bluetooth v5.2, GPS, and a USB Type-C port.