“The 10.or G2 appears to present a significant improvement over the 10.or G in terms of processor and memory, but still isn’t on the latest version of Android.”

10.or is seemingly gearing up for the launch of the next generation of its mid-range smartphone, the 10.or G2. A listing for the smartphone, under the aforementioned moniker, has appeared on the Geekbench benchmarking browser, showing some details pertaining to the upcoming smartphone. According to the listing, the 10.or G2 will be powered by the Qualcomm Snapdragon 660 AIE platform, and include 6GB of RAM. The processor’s peak core speed is clocked at 1.6GHz, and at the time of testing, the device was running on Android 8.1 Oreo. 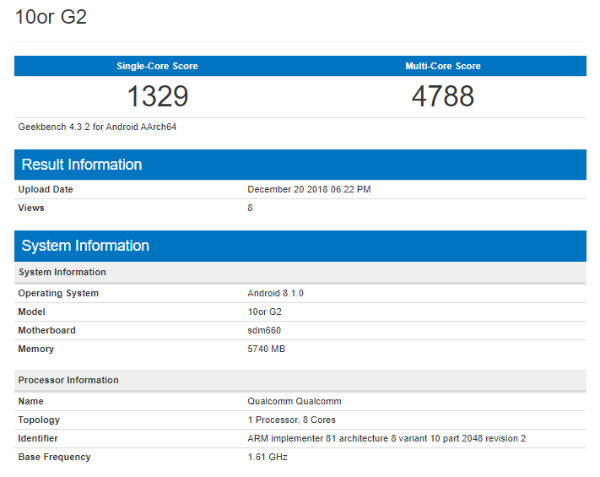 This would be a sizeable improvement over the previous 10.or G smartphone. For reference, the 10.or G was powered by the Qualcomm Snapdragon 626 octa-core SoC, clocked at 2.2GHz. This was complemented by the Adreno 506 GPU, and up to 4GB of RAM. Maximum native storage was 64GB, expandable up to 128GB via microSD card. It further featured a 5.5-inch full HD display with screen resolution of 1,080 x 1,920 pixels, and standard 16:9 aspect ratio. The smartphone ran on Android 7.1 Nougat, featured a dual-camera module at the rear with 13MP + 13MP sensors and dual-LED flash, and a 16MP front camera as well. It was 4G VoLTE enabled, and was powered by a 4,000mAh battery. 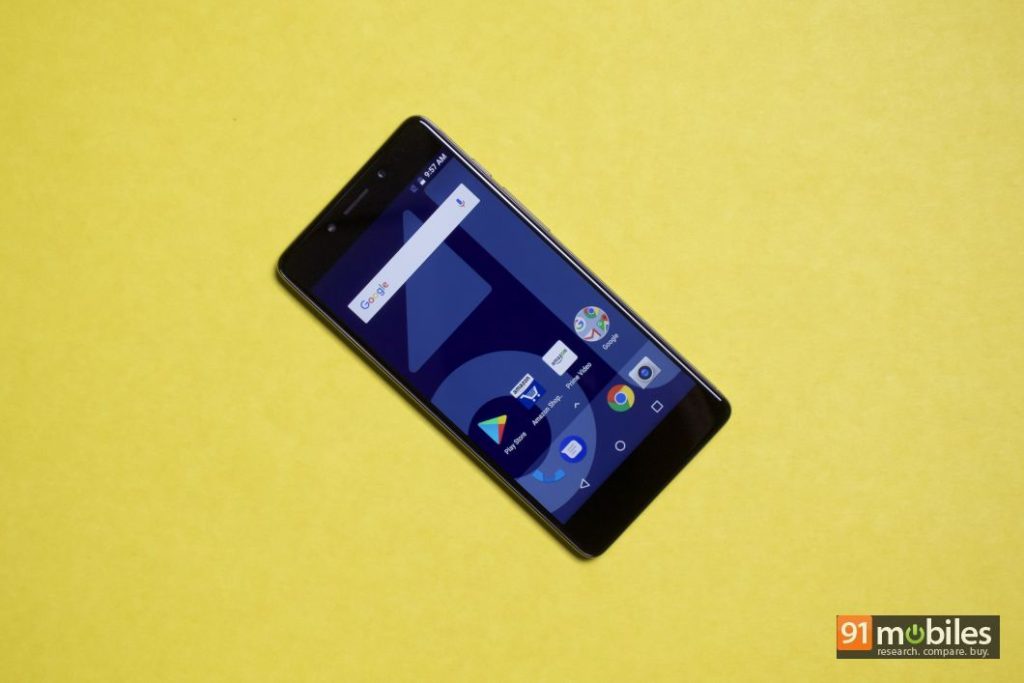 While detailed specifications of the 10.or G2 are not available at the moment, its appearance on Geekbench suggests that we will soon see more details about the smartphone surface, prior to launch. The 10.or G2 appears to be a significant improvement over the previous generation phone, especially with the more powerful processor and additional memory. We are presently seeing an increasing number of devices pack in more than 4GB of RAM, and 10.or seems to be following suit as well.

However, seeing that 2018 is almost at a close, it would be slightly disappointing to see a smartphone launch without Android 9.0 Pie in 2019. Google’s latest version of the Android operating system is being increasingly adopted across all price bands, and 10.or would also hopefully upgrade the 10.or G2 to Android Pie soon after launch, if it indeed launches with Android Oreo out of the box.