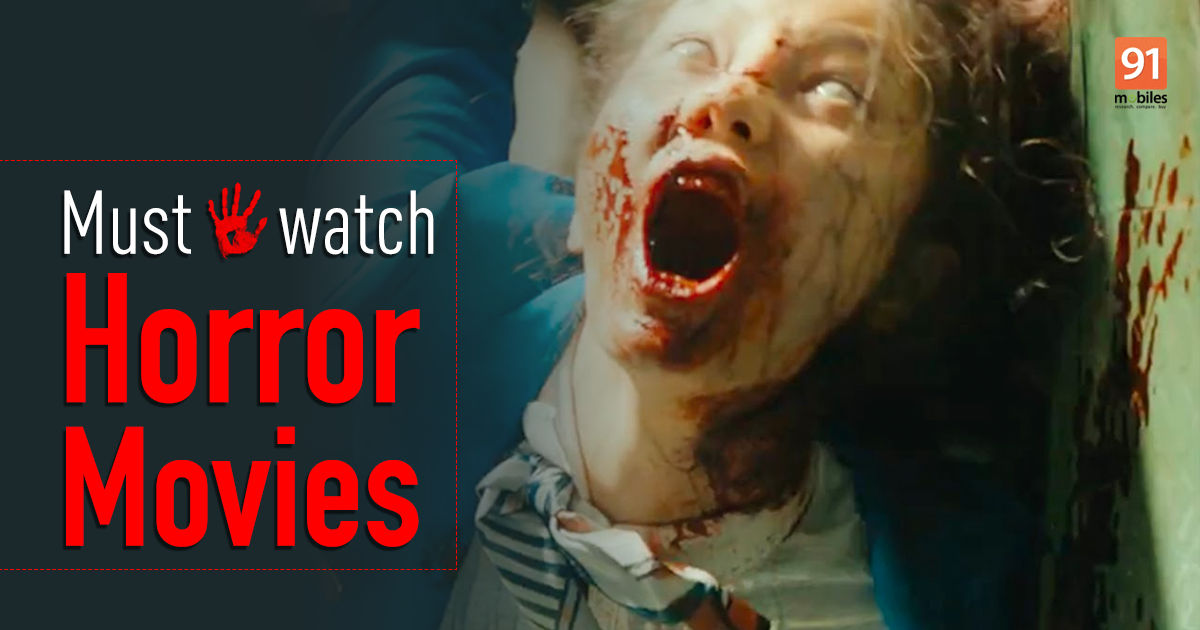 There is no dearth of horror films on OTT platforms to give you that legitimate scares and make you afraid to sleep at night. You can take your pick from the Conjuring franchise and travel with paranormal investigators, unravel the mystery of a haunted doll, or watch John Krasinsky and Emily Blunt battling for survival in a post-apocalyptic world with their family. If straight-up horror isn’t entirely your cup of tea, there’s some jovial Bollywood horror-comedy to send some cheer your way. Here is a list of horror films that you might want to watch.

Based on Stephen King’s adaptation of the novel, It is set in a town where a group of misfits are terrorised by a monster—in the form of a clown—which emerges from the sewer. However, there’s more than what meets the eye, and the kids realise that they need to overcome their own personal demons, in order to have a chance against the real demon. Directed by Andy Muschietti, the film stars Bill Skarsgard, Jaeden Martell, Finn Wolfhard and Sophia Lillis among others.

It streams on Netflix.

The film that began the Conjuring universe, revolves around a family who moves into an old house (always the perfect setting for a good horror story). However, when a series of paranormal activities begin to take place, investigators Ed and Lorraine Warren have to come and help out the family before things take a darker turn. The film stars Patrick Wilson and Vera Farmiga.

The Conjuring is streaming on Netflix.

In a post-apocalyptic world where mysterious creatures are hunting down remaining survivors, a family struggles to stay alive in terrifying circumstances after losing one of their children. The film stars John Krasinsky and is also directed by him, and features Emily Blunt.

A Quiet Place is streaming on Netflix.

It’s never a good idea to keep a murderous-looking doll in your house. The film relates a series of paranormal happenings in a family after a man gives his expectant wife a rare porcelain doll named Annabelle. The character was a spin-off from the Conjuring film and spawned several sequels. Annabelle stars Annabelle Wallis and Ward Horton.

Annabelle is streaming on Netflix.

A post-apocalyptic horror film, Bird Box tells the story of a woman named Malory Hayes, played by Sandra Bullock, who tries to protect herself and two children from an entity that forces people to commit suicide.

Bird Box is streaming on Netflix.

Nothing spells horror like Korean zombie horror. Train to Busan is a survival tale that follows a father (Gong Yoo) and son on a train that sees a zombie outbreak. They have to set their issues aside and work together with the remaining survivors before they become prey for the flesh-eating monsters themselves.

Train to Busan is streaming on Amazon Prime Video.

Some more for zombie aficionados. World War Z follows Brad Pitt as Gerry Lane, a former United Nations investigator who has to travel the world, hunting for solutions to solve the current zombie outbreak.

Welcome to Bollywood’s brand of horror-comedy, just in case you can’t stomach horror entirely. Stree is based on the old folk tale ‘Nale Ba’ of Karnataka (Come tomorrow), and features Rajkummar Rao and Shraddha Kapoor in the lead roles. It focuses on the story of a witch who abducts men at night and leaves their clothes behind. In order to protect people from her fury, residents write ‘O stree kal aana’ on their homes (Come tomorrow).

Stree is streaming on Netflix.

Antlers tell the story of a small-town Oregon teacher. When she discovers that a young student has a terrifying secret that could spiral out of control, she sets out to help them, with rather drastic repercussions.

Antlers is streaming on Disney Plus Hotstar.

You know sleep won’t come easy with just reading a title like that. It Comes At Night is a horror thriller based on a haunting entity. Two families must share a home to avoid the lurking threats outside while battling distrust and paranoia.

It Comes At Night is streaming on Amazon Prime Video.