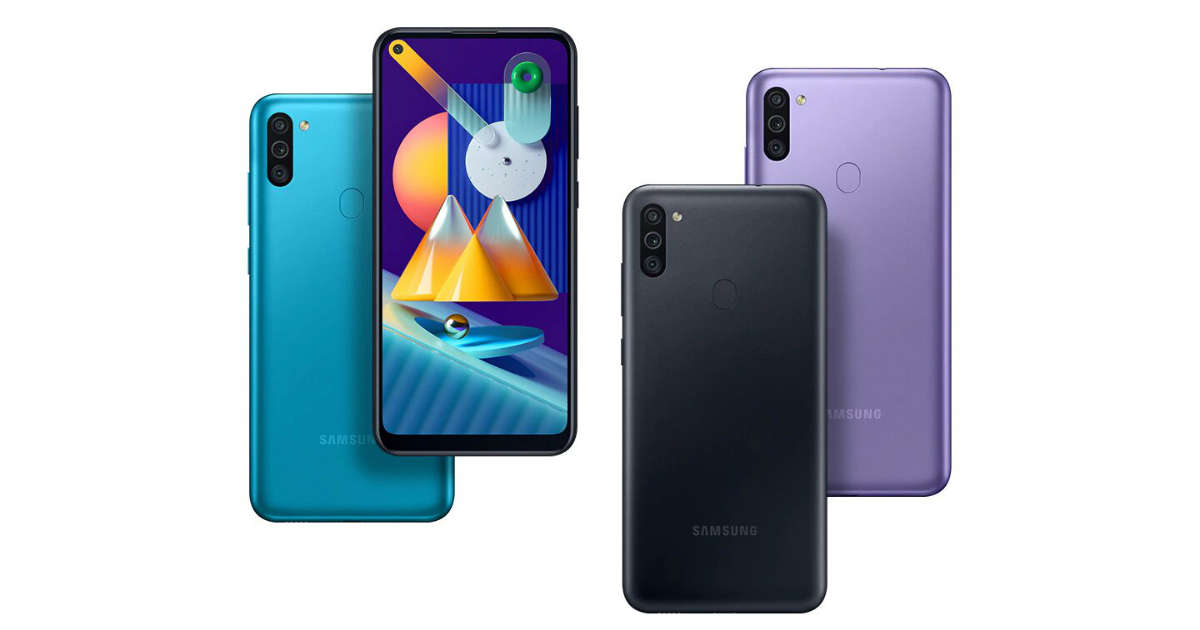 Samsung Galaxy M01 and Galaxy M11 phones are gearing up to launch in India in the first week of June, 91mobiles has exclusively learned from retail sources. While the latter was unveiled in the UAE back in March 2020, the former has been in the news for quite some time. Additionally, sources tell us both the phones will be priced under Rs 10,000 and will be sold through offline and online stores across the country. Key specifications of the Galaxy M01 have also been revealed, including the optics, RAM/ROM, battery capacity, dimensions, and more. With the Galaxy M01, Samsung aims to take on Realme C3 and Redmi 8A affordable phones in the segment. The Samsung Galaxy M01 is said to sport a 5.71-inch HD+ TFT display with 720 X 1,560 pixels resolution and 19:9 aspect ratio. The handset is tipped to be powered by the Snapdragon 439 SoC coupled with 3GB RAM and 32GB storage that should be further expandable via microSD card. It will boot OneUI custom skin, however, the Android version is unknown at the moment. As for the optics, the Galaxy M01 is said to feature a dual-camera setup with a 13MP primary sensor and a 2MP depth lens. On the front, it has a 5MP unit for selfies and video chats. While there is no fingerprint sensor, it ships with face recognition for security. A 4,000mAh battery with standard 5W charging is expected to fuel the phone.

As for the Samsung Galaxy M11, we already know the specifications as the handset has already been launched. It sports a 6.4-inch HD+ TFT LCD display with a punch-hole cutout at the top-left corner for the selfie camera, 19:5:9 aspect ratio and 1,560 x 720 pixels resolution. It is powered by the Snapdragon 450 SoC and 3GB, 4GB and 32GB, 64GB options. The phone boots OneUI custom skin, presumably the latest Android 10 OS.

In terms of optics, the Samsung Galaxy M11 features a triple-camera setup at the back consisting of a 13MP primary sensor, a 5MP ultra-wide-angle lens, and a 2MP depth sensor for portrait shots. On the front, it has an 8MP snapper for selfies and video chats. It has a rear-mounted fingerprint sensor for security and Dolby Atmos. A 5,000mAh battery with 15W charging support fuels the phone. We should know more details going forward.