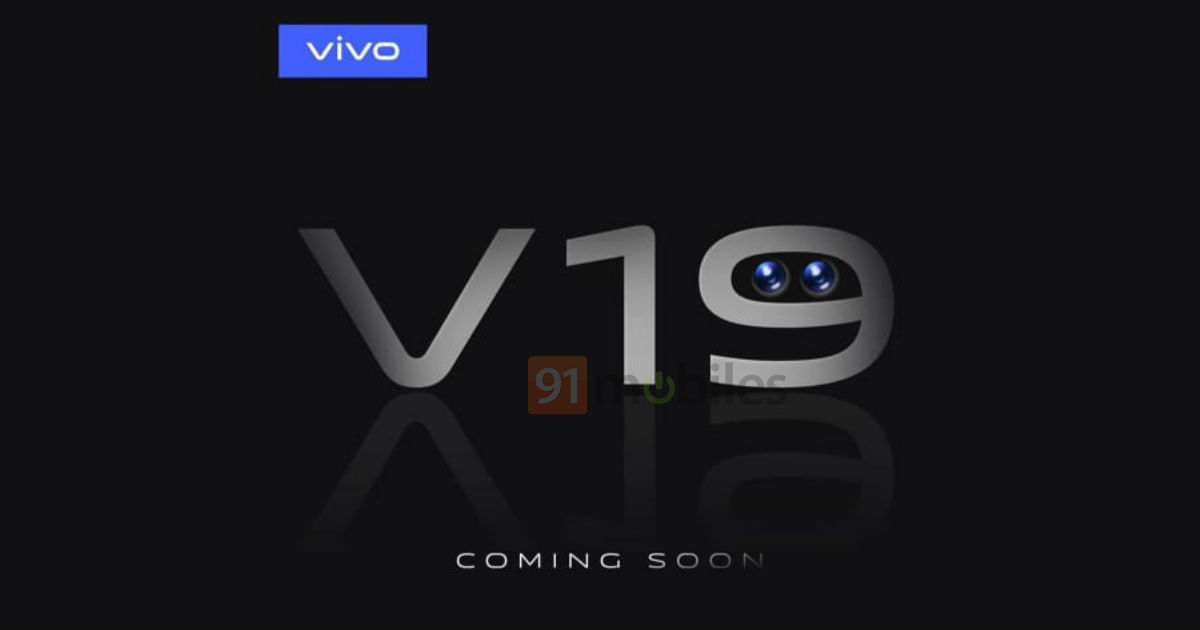 “The leaked promotional poster for the Vivo V19 confirms a dual punch-hole for the selfie camera.”

Vivo is gearing up for the launch of its brand-new Vivo V19 smartphone on March 10th, 2020. The device will launch in Indonesia on March 10th on the said date but is tipped to reach Indian soil as early as the start of the IPL 2020 season. So far, we have received plenty of intel surrounding the specifications of the Vivo V19. Now, 91mobiles gives you an exclusive look at the promotional poster for the device, which confirms that it will flaunt a dual punch-hole display. A separate image reveals the L-shaped quad-camera setup on the back panel. 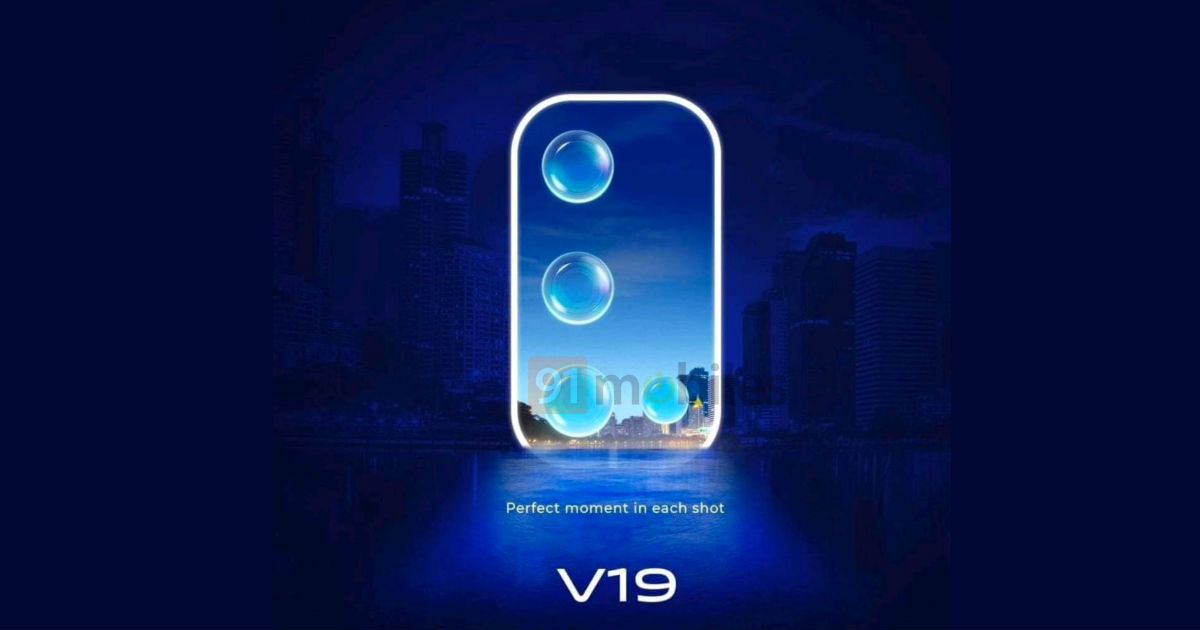 As seen in the promotional posters, which are not that cryptic by the way, the Vivo V19 is confirmed to come with two front cameras, which will most likely find themselves sitting in a pill-shaped punch-hole cutout.

The Vivo V19 is expected to feature a gradient finish at the back and will reportedly come in two paint jobs – Blue and Pink. Under the hood, the device is tipped to be powered by the Qualcomm Snapdragon 730G processor, which will be paired with up to 8GB of RAM and 128GB of onboard storage. We are not sure as to whether or not the Vivo V19 will come with scope for storage expansion.

Meanwhile, the Vivo V19 Pro is also expected to be launched soon, but it won’t launch alongside the vanilla variant. This is unlike the company’s routine of launching the Pro variants first. Notably, the Vivo V15 Pro and the Vivo V17 Pro smartphones were launched ahead of the launch of their vanilla counterparts.