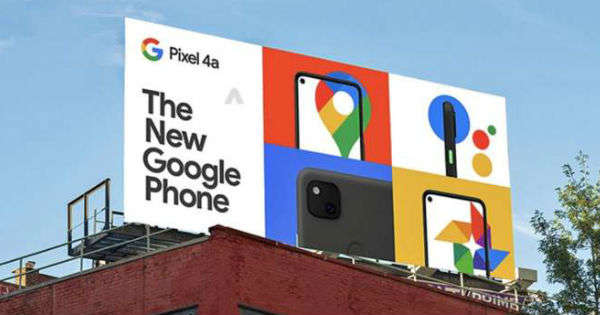 Google Pixel 4a launch was initially expected to happen in May at the I/O 2020, but the developers conference got cancelled due to coronavirus pandemic. Later, there were reports that Google may announce the mid-range smartphone in June, but it seems that won’t be the case either as popular tipster Jon Prosser says the launch has been pushed to July. Citing “new Android sources,” the tipster tweeted that the Pixel 4a will now be launched on July 13th (finger crossed!). He added that there will no 5G Pixel 4a and the 4G handset will be available in two colour options: Just Black and Barely Blue. “Also, I’m definitely not seeing any evidence of a 4a XL model,” said Prosser about the XL model.

Was originally May, then got pushed to June, now pushed again.

Seems like they’re ready to ship. The decision is mostly based on market analysis.

Almost everything about the Google Pixel 4a has been leaked including its price. The Pixel 4a price is said to start at $399 that roughly translates to Rs 29,000 for the base 4GB of RAM and 64GB storage option. There may be other memory options as well that are yet to be confirmed.

Coming to the specifications, the Pixel 4a could feature a punch-hole display, contrasting power button, and a polycarbonate body with a matte finish. The rear panel of the phone is expected to sport a centre-aligned fingerprint scanner and a squarish module at the top left corner that houses just one camera and LED flash. It’s tipped to sport a 5.8-inch flat display with a 443ppi screen and a rather disappointing 60Hz refresh rate. The phone is said to be powered by Qualcomm Snapdragon 730 SoC, coupled with 4GB RAM.

The handset is likely to miss out on Project Soli-based Motion Sense tech that was introduced with the Pixel 4-series, and this means the phone can launch in India as well. The handset is tipped to house a 3,080mAh battery and may run on the upcoming Android 11 OS out of the box.