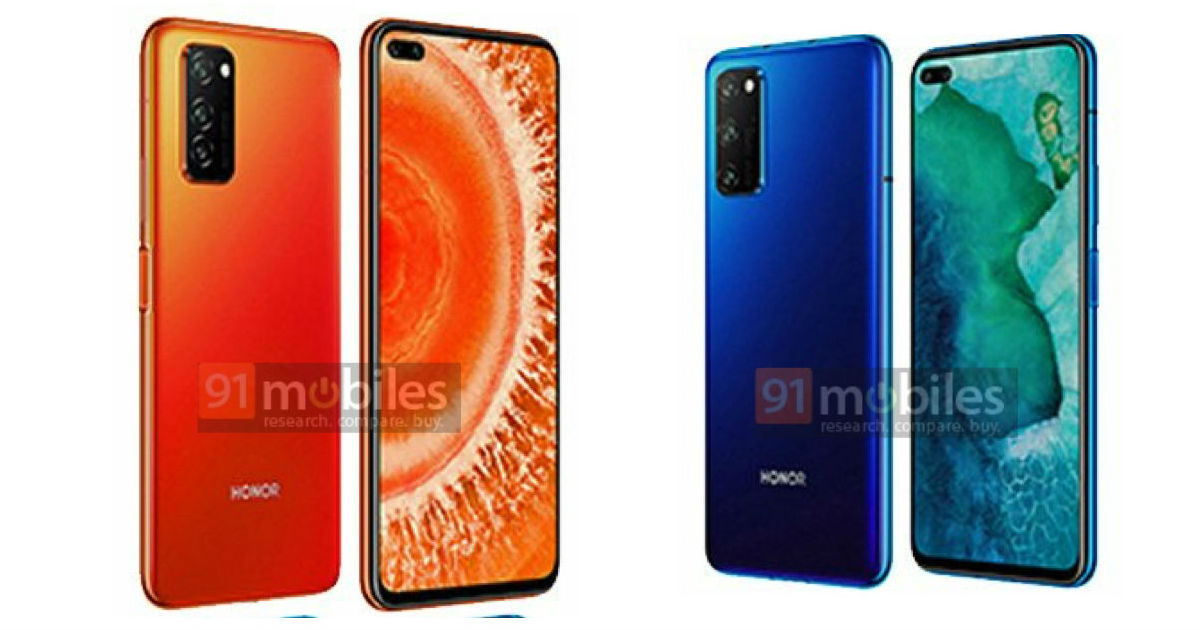 “The Honor V30 will be the first smartphone in the lineup to ditch the 3.5mm headphone jack”

Honor V30 press images have been shared with 91mobiles by a reliable source. The images give us an exclusive look at the handset, which is scheduled to launch on November 26th in China. The renders of the upcoming flagship will feature a near bezel-less screen and a pill-shaped punch hole on the top-left corner, which is in line with official teasers. The punch hole will, of course, house dual selfie cameras. This is against the previous rumours – which had claimed that the regular V30 smartphone will sport a single punch-hole selfie camera, while the Honor V30 Pro will rock dual punch-hole selfie cameras.

The rear panel of the Honor V30, meanwhile, features a rectangular camera module – which is reminiscent to that of Samsung Galaxy M30s smartphone – at the top-left corner. The module appears to have triple cameras and an LED flash. While the sensors are one less than what the Honor V30’s predecessor had, it’s rumoured to come with an astounding 60-megapixel primary camera. This is expected to be paired with Camera Matrix tuning algorithm technology, super night scene, superzoom, and more to capture better images.

In addition to this, the Honor V30 will ship with a side-mounted fingerprint scanner on the right edge that also seems to house a volume rocker. The bottom edge of the phone features USB Type-C charging port, microphone, SIM tray, and speaker grill; the top edge is home to only the IR blaster and secondary microphone. The Honor V30 appears to be the first smartphone in the lineup to ditch a dedicated 3.5mm headphone jack. Lastly, the phone may come in at least two colour options: orange and blue, both with slightly gradient finish.

The source, unfortunately, couldn’t share the specifications of the phone with us, but we can tell you it’ll be powered by Kirin 990 SoC. The Honor V30 will be the first smartphone from the brand to offer 5G cellular connectivity. The phone is expected to feature an LCD panel instead of OLED, a beefy 4,000mAh battery with 22.5W SuperCharge support, and an open-source Android 10-based EMUI 10 to take care of software side of things.

Honor V30 will reportedly launch alongside the Honor V30 Pro, which is said to feature quad-rear cameras, 40W fast-charging support for its 4,500mAh battery, and a punch-hole OLED panel with dual selfie cameras. The phone may also pack an in-display fingerprint scanner. 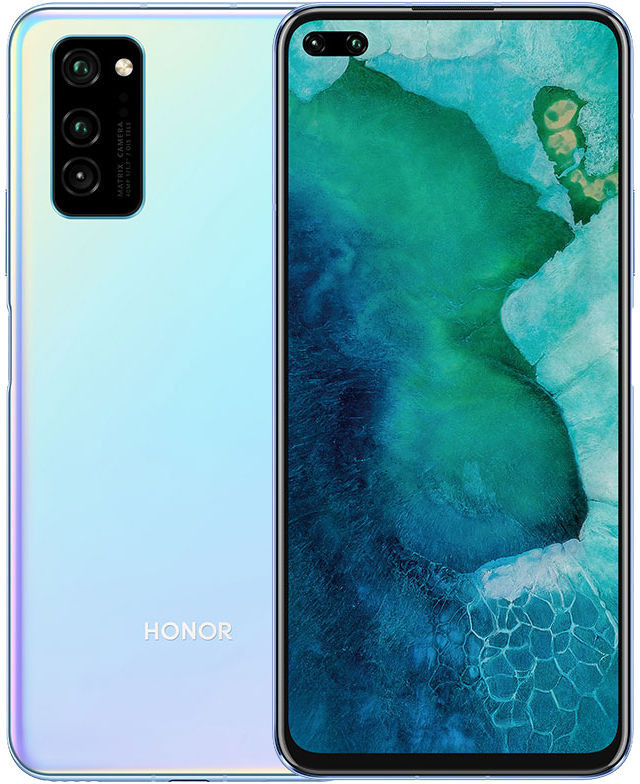