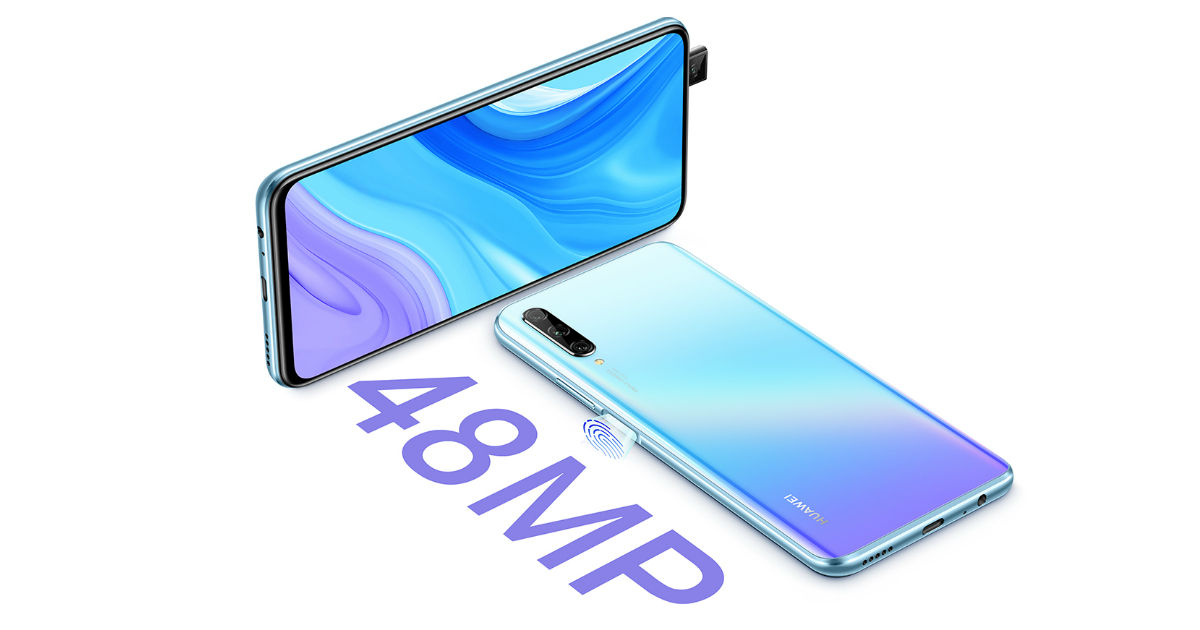 Huawei Y9s mid-range smartphone has been officially unveiled in Iraq. As expected, it is a rebranded version of the global Honor 9X variant with Kirin 710F SoC, instead of Kirin 810. The Huawei 9s has a side-mounted fingerprint sensor for security, a triple camera setup at the back consisting of a 48MP primary sensor, and a pop-up selfie camera module. Design-wise, the Huawei Y9s has extremely slim bezels on the front and the back gets a polished glass body with 3D arc design. The Huawei Y9s runs on EMUI 9.1 based on Android 9.0 Pie out of the box with Google apps pre-installed.

The Huawei Y9s is priced at 2,50,000 Iraqi Dinar (around Rs 17,100) and will be available in Midnight Black and Breathing Crystal colour options. The company is offering gifts worth $99 (around Rs 7,100) for users pre-ordering the device. However, the handset’s availability in other regions hasn’t been revealed.

Huawei 9s flaunts a 6.59-inch FullView full HD+ LCD display with 1,080 x 2,340-pixel resolution and a screen-to-body ratio of 91 percent. It is powered by an octa-core Kirin 710F SoC with 6GB RAM and 128GB internal storage that is further expandable up to 512GB via microSD card. The Huawei Y9s runs on Android 9.0 Pie with EMUi 9.1 custom skin on top. In terms of optics, the device comes with a triple rear camera setup consisting of a 48-megapixel primary sensor with LED flash, an 8MP ultra-wide-angle lens, and a 2MP depth sensor.

On the front, there is a 16MP sensor (f/2.2 aperture) for selfies and video chats. There is a side-mounted fingerprint sensor embedded in the power button for security. The 3.5mm audio jack, speaker grills, USB Type-C port are present on the bottom, while the volume rocker is on the right spine. The Huawei Y9s pack a 4,000mAh battery with 10W fast-charging support and it weighs 208 grams.