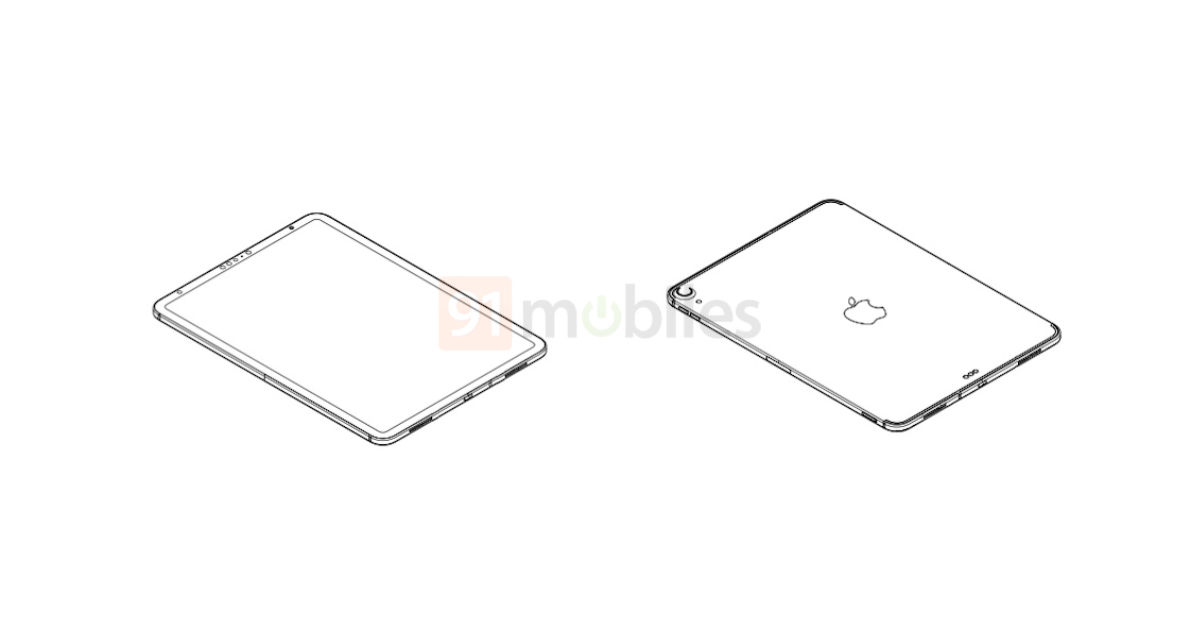 Apple is said to be working on a new eighth-generation iPad model that may launch as early as September. Ahead of the rumoured launch, 91mobiles has received the design schematics of the upcoming iPad 2020 from a trusted source. The design shows the next-gen model will look quite like the iPad Pro 2020 — it will have thinner bezels around the screen, Face ID sensors above the display, and no Touch ID fingerprint sensor. On the back will be a single camera with LED flash; the schematics also show the iPad 2020 will have magnetic connectors on the back for Magic Keyboard support. The iPad 2020 design schematics show the upcoming model will represent a major design overhaul that brings the standard model closer to the Pro. It will be slightly smaller than the first-generation iPad Pro (2015) model in size and have a display that measures 10.84-inch in size. This lines up well with recent leaks that claim the eight-generation iPad will sport a 10.8-inch panel. We can see the selfie camera as well as the Face ID sensors above the display, along with two other sensors, whereas the Power button is placed at the top.

There are dual speakers and USB Type-C charging located at the bottom. along with four mics. On the right edge of the iPad 2020 are the volume buttons, SIM tray, and induction charging port, while the left edge is the Sleep/ Wake button. Antenna lines can be seen at the top as well as the bottom of the back panel, along with both the right and left edges.

At the moment, there is little information about the eight-generation iPad except that it may launch in the second week of September and that it may come bundled with a 20W fast-charging adaptor. It may be accompanied by the next-gen Apple Watch, while an 8.5-inch iPad Mini 2020 may launch a little while later.