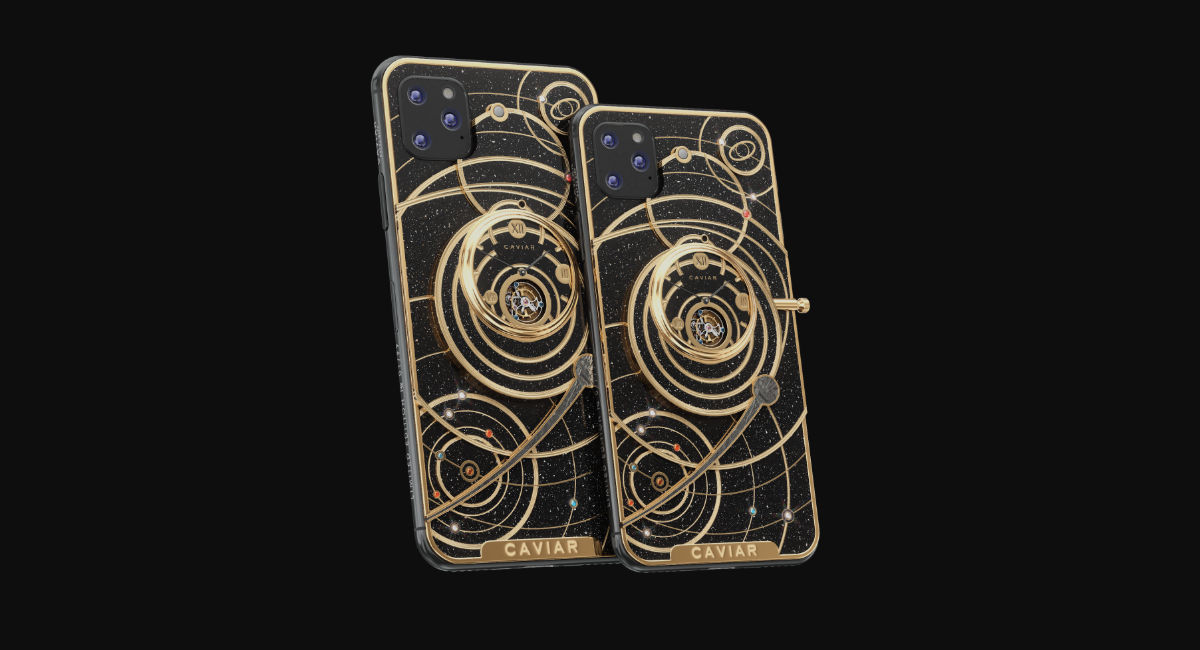 “The Caviar meteorite will be a customised version of the upcoming iPhone 11, with actual meteorite pieces, real pieces of the Moon, and precious stones”

The iPhone 11, which is expected to launch on September 10th, is being offered by a Russian luxury designer company Caviar. It has announced a custom version of the upcoming flagship called the iPhone 11 Universe Diamond edition. The handset’s design is based on prototypes, so buyers can place an order for it and get it once the next-generation iPhone hits the market. The Universe Diamond edition is made using actual meteorite pieces, real pieces of the Moon, and precious stones and features a rotating tourbillon on the back. The iPhone 11 Universe Diamond price is set at a whopping $49,990, which translates to roughly Rs 35,80,000 in Indian currency. Notably, only one unit of the customised version of the iPhone will be available for sale.

If the handset goes out of stock, users can pre-order other customised variants of the iPhone 11. The handsets may not have some “actual” pieces of the universe but will be slightly cheaper than the iPhone 11 Universe Diamond edition. The iPhone 11 Explorer, for instance, is available at $4,990 (~roughly Rs 3,58,000). The phone packs carved stone and titanium back with a design, imitating a satellite. There is also an iPhone 11 Soyuz option that has tiny Soyuz-MS-01 spaceship parts and is “a proud celebration of Russian and Soviet spacemen.” The variant will set you back to $5,590 (~roughly Rs 4,30,000).

The Apollo 11 and Singularity version of the iPhone 11 are available at $4,800 (~Rs 3,44,000) and $6,050 (~Rs 4,34,000) respectively. All these customised versions of the handset are available with 64GB storage and triple cameras — arranged in a square camera module at the top-right corner of the back panel. Caviar hasn’t revealed the specifications of the phone, obviously.