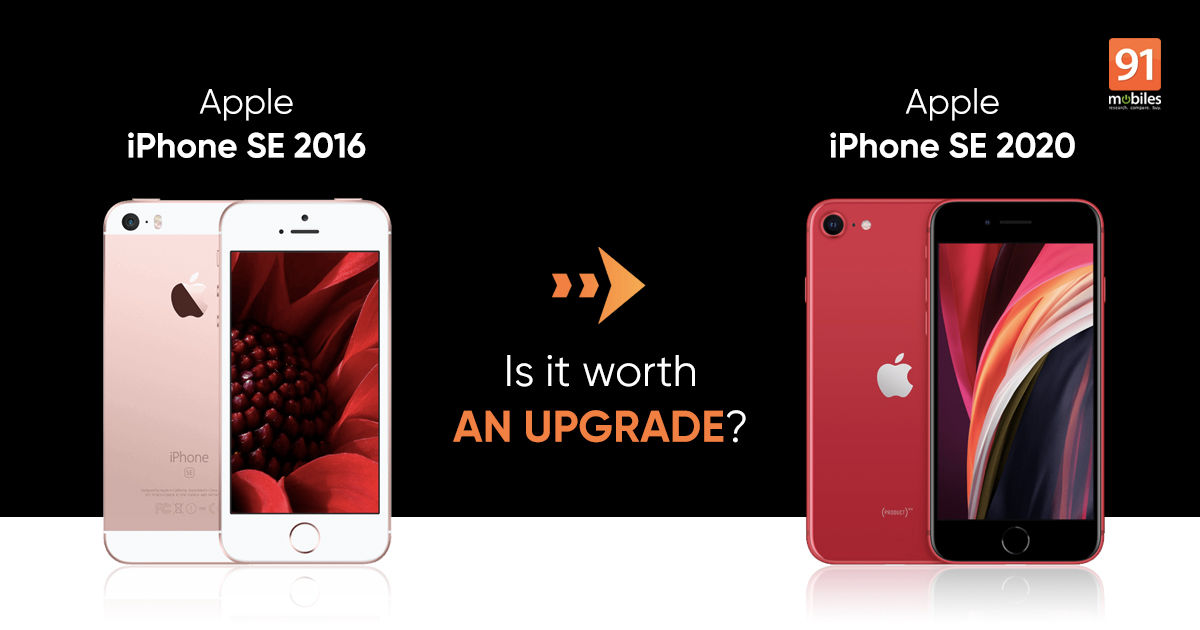 The much-anticipated iPhone SE 2020 has been launched as Apple’s latest mid-range smartphone. The handset is a fusion of both iPhone 8 and iPhone 11 and has little in common with its predecessor, the iPhone SE from 2016. The new model comes with a dated design but rocks the latest A13 Bionic chipset under the hood and iOS 13 to take care of software side of things. Since iPhone SE 2020 is the successor of the original iPhone SE from 2016, we decided to compare the two phones and see how much has been changed in four years in Apple’s ‘affordable’ lineup.

The new iPhone SE 2020 looks exactly like the iPhone 8/7/6s/6. The handset has a glass sandwich design with a single camera bump at the top left corner of the back panel. However, the Apple logo has been pushed to the middle, which is in line with the latest iPhones. The fascia of the iPhone SE 2020 flaunts huge bezels and 4.7-inch Retina HD display with 16:9 aspect ratio. As for the edges, the phone has a volume rocker and alert slider on the left spine, power button on the right, and Lightning port and speaker grille at the bottom. 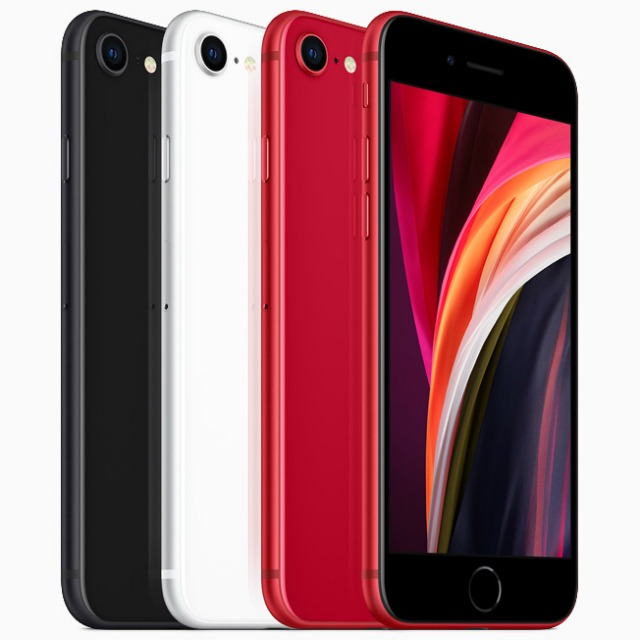 Unlike its predecessor, iPhone SE 2020 doesn’t come with 3.5mm headphone jack. However, it’s IP67 rated for water- and dust-resistance and can survive up to 1 metre underwater for up to 30 minutes. There is Haptic Touch for Quick Actions such as animating Live Photos, previewing messages, rearranging apps, and contextual menus as well. 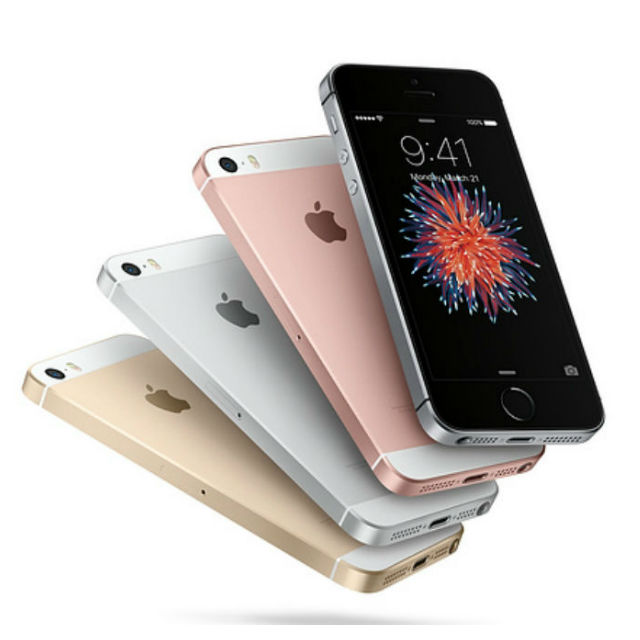 As for the iPhone SE 2016, it’s based on iPhone 5 design, with sharp edges instead of the softer contours we see in the new model. The handset features a smaller 4-inch display that also bears 16:9 aspect ratio. The placement of the circular volume buttons is on the right spine, while the power button is placed atop. The charging port, speakers, and headphone jack are at the bottom edge of the phone.

The iPhone SE 2020 cameras are also similar to iPhone 8 as well. It ships with a 12MP sensor that bears f/1.8 aperture, dual-pixel PDAF, OIS, and dual-tone, dual-LED flash at the back. For selfies and video calling, there is a 7MP shooter with f/2.2 aperture, portrait mode, and on-screen flash. Key camera features include 4K video, time-lapse, and slow-mo recording capabilities; moreover, users will be able to capture 8MP still shots while capturing 4K videos. 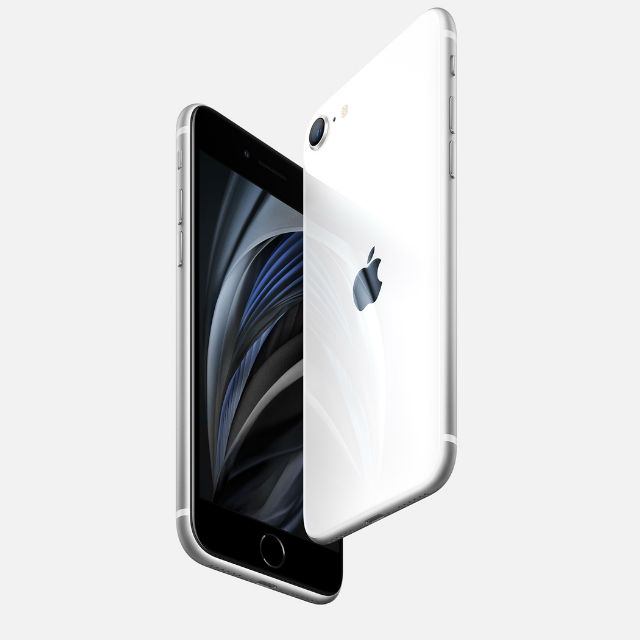 The iPhone SE 2016, meanwhile, also sports a 12MP primary camera but is capable of shooting only HD videos. There is no OIS, portrait mode, time-lapse, and slow-mo recording, among other things as well. The front camera of the phone is a mediocre 1.2MP shooter.

The iPhone SE 2020 battery cell is unknown at the moment, but it’s said to deliver the same life as the iPhone 8. The handset supports Apple’s 18W fast charging tech, which is rated to charge go from 0 to 50 percent in just 30 minutes, and wireless charging support. For security, the iPhone SE 2020 rocks Touch ID sensor instead of Face ID. Connectivity options include 4G LTE, Wi-Fi 6, Bluetooth 5.0, GPS, NFC, dual-SIM (with eSIM for secondary connections), and Lightning port. 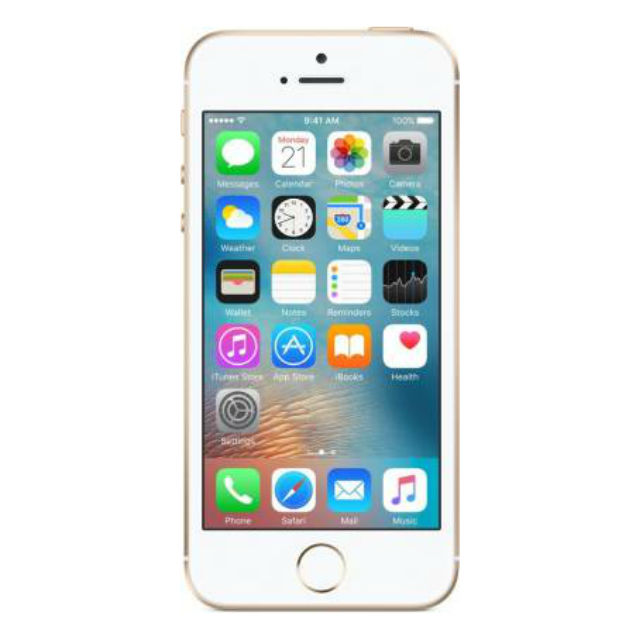 The iPhone SE 2016 houses a 1,642mAh battery with standard 5W wired charging support – in our review, it lasted less than a day with moderate usage. There is a Touch ID sensor for security, and in terms of connectivity, you get a single SIM, 4G VoLTE, Wi-Fi, Bluetooth v4.2, GPS with A-GPS, Glonass, NFC, and Lightning port.