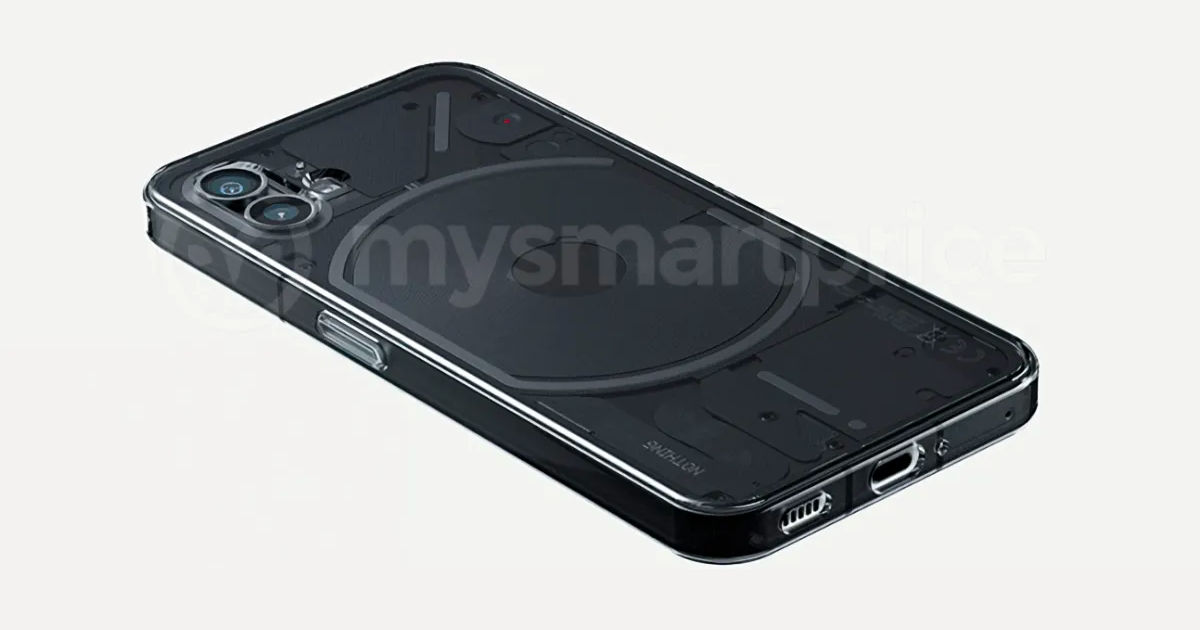 The Nothing Phone (1) is set to launch on July 12th and will be the first smartphone from the company. The Carl Pei-led company has already given us a preview of the device and a lot of design features and specifications have already been confirmed.

The case as seen in the picture will come in a black tint and will get cutouts for components such as the speaker grilles, the charging port, and the power button. A subtle Nothing branding is also visible. It is unknown whether this case will be part of the device packaging or an optional accessory that needs to be purchased separately.

The Nothing Phone (1) can be booked via a Flipkart pre-booking pass and the device can be rebooked for Rs 2,000. Buyers who pre-book the device will also be eligible for some exclusive rewards.