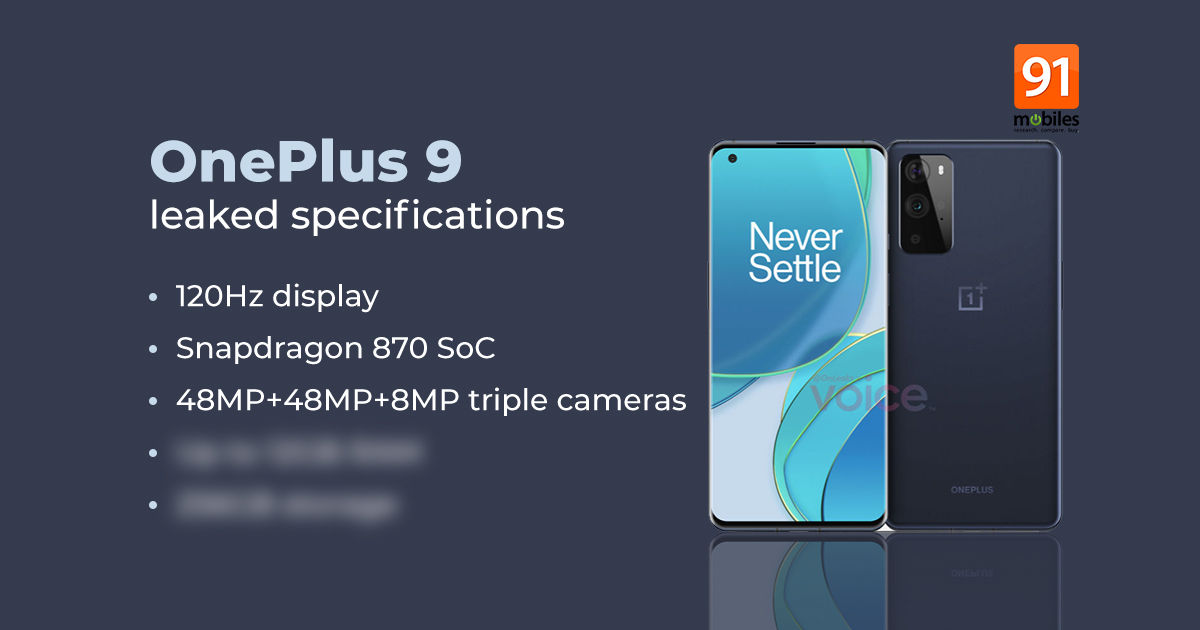 Update: The OnePlus 9 live images shared in the story have now been confirmed to be concept images by @techdroider on Twitter.

The OnePlus 9 launch is expected to happen sometime in March, slightly earlier than the usual launch cycle. The line-up is said to include three models, the vanilla OnePlus 9, the Pro model, and a new OnePlus 9E model. Thanks to various leaks, we know quite a good deal about the flagships and what to expect from the trio. Now, an alleged OnePlus 9 live image has surfaced online, showing off a familiar design. The image shows the phone with a curved screen and a tiny punch-hole cutout, along with a rectangular camera module at the back with multiple sensors. The image also shows off the ‘About phone’ section that has some key OnePlus 9 specifications. 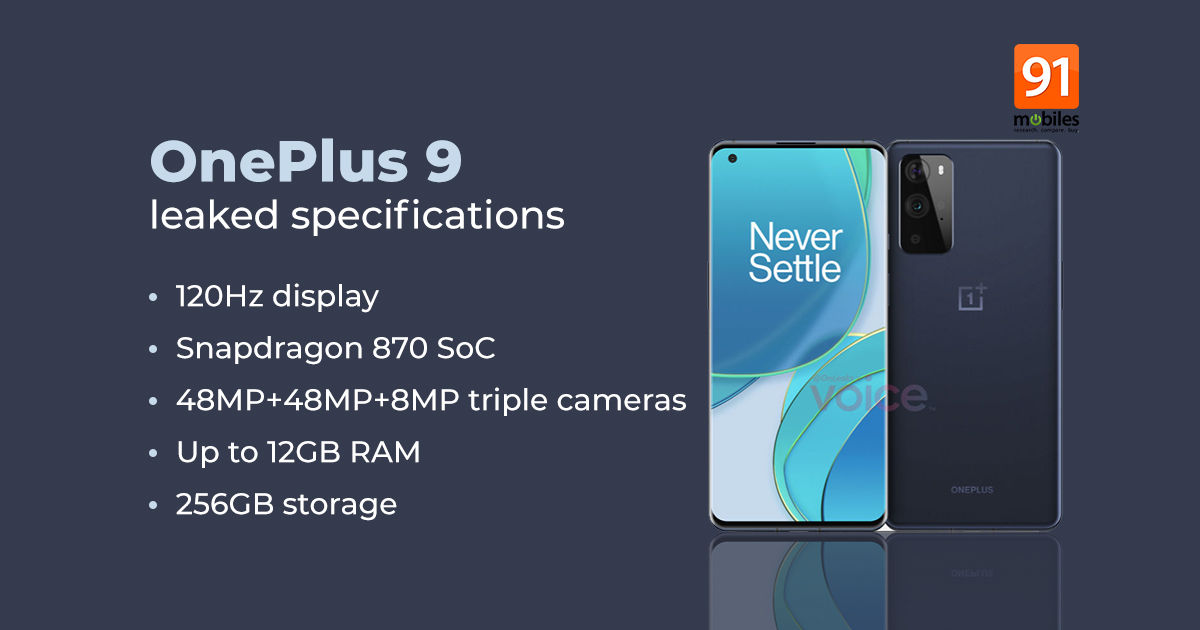 Going by the live image, the OnePlus 9 seems to have a curved screen on the front with slim bezels and a punch-hole cutout at the top left corner for the selfie snapper. The power button and alert slider seem to be on the right, while the volume rocker is on the left. The back is what caught our attention — it has a rectangular camera with two large sensors and two tiny lenses, but one of them is for laser autofocus. OnePlus 9 will be available in Silver colour, with OnePlus branding on the back.

The live image also shows some key OnePlus 9 specifications, including Qualcomm Snapdragon 870 SoC, 12GB RAM, and 256GB storage. The camera section shows the phone has 48MP + 48MP + 8MP triple cameras, meaning the other cutout could be for laser autofocus. The other OnePlus 9 specification shown in the image is a 6.54-inch or 6.34-inch 120Hz Fluid AMOLED display and is likely to boot Android 11 OS out of the box. That’s pretty much everything we could gather from the image.

Earlier leaked specifications suggest the OnePlus 9 will have a 4,500mAh battery, 65W fast-charging, and support for wireless charging as well. The handset is said to have an in-display fingerprint sensor, 5G connectivity, and OxygenOS custom skin. A recent report suggested the upcoming OnePlus 9 series will have Leica optics.

We should learn more details regarding the OnePlus 9 series going forward. Stick around.