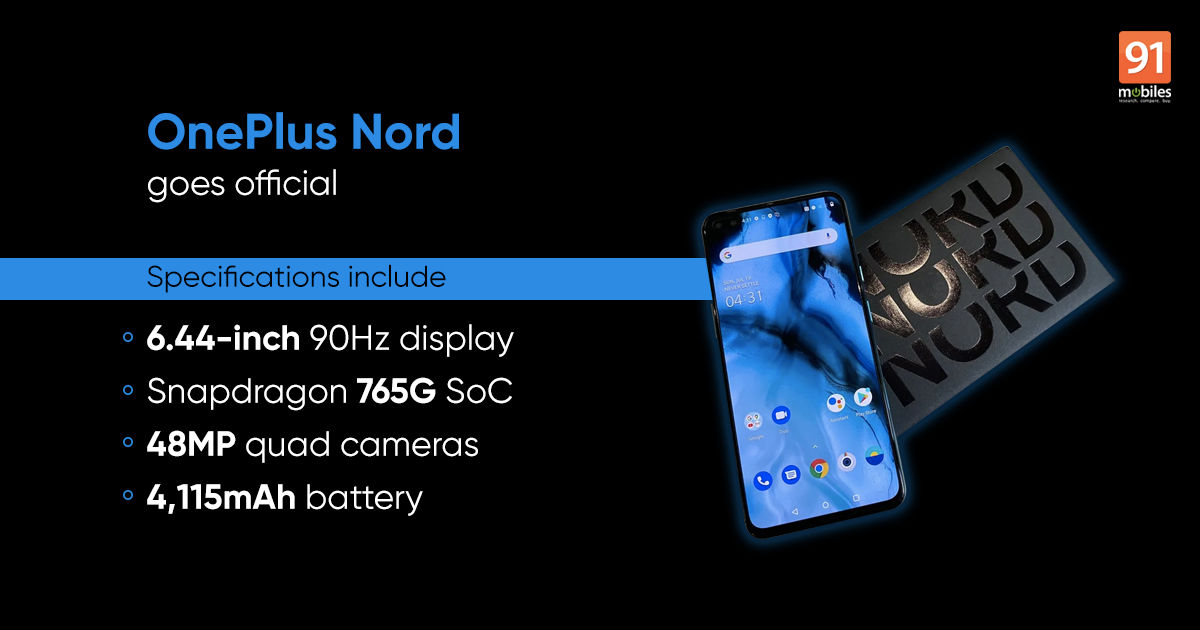 The much-anticipated OnePlus Nord smartphone has been launched in India with mid-range specifications. The handset is a 5G offering, much like the company’s latest flagships OnePlus 8 series, and touts the upper mid-range Snapdragon 765G SoC under the hood. The all-new OnePlus Nord also packs a 90Hz screen, new age punch-hole display with an impressive 20:9 aspect ratio, quad rear cameras – headlined by 48MP Sony IMX 586 sensor – and dual selfie cameras. A beefy battery cell with Warp Charge 30T support is also part of the package. The OnePlus Nord has been priced in India at Rs 24,999 – making it the most affordable OnePlus phone since OnePlus X, which was launched back in 2015. 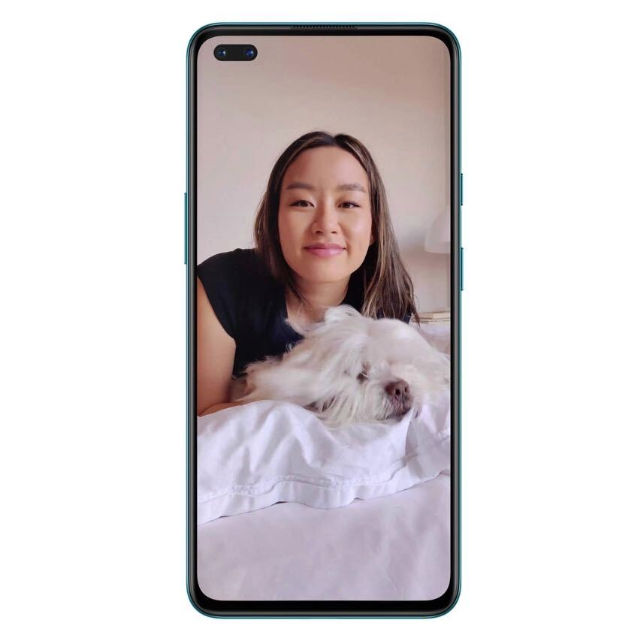 The OnePlus Nord price in India is set at Rs 24,999 for the base 6GB RAM + 64GB storage variant, which is exclusive to India and will be released in September. Until then, you can buy the 8GB RAM + 128GB storage and 12GB RAM + 256GB storage variants instead, priced at Rs 27,999 and Rs 29,999 respectively. The OnePlus Nord will go on sale in the country from August 4th onwards via Amazon.in, OnePlus.in, and OnePlus Experience and partner stores in Blue Marble and Space Onyx colour options. American Express credit card users will get a Rs 2,000 discount on the smartphone, while Jio subscribers will get benefits worth Rs 6,000.

Talking about OnePlus Nord specifications, it ships with Android 10-based OxygenOS out of the box and dual-SIM support. The handset features a 6.44-inch FHD+ (1,080 x 2,400p) Fluid AMOLED display that bears elongated punch-hole in the top right corner for selfie cameras, 90Hz refresh rate, 20:9 aspect ratio, and Corning Gorilla Glass 5. At the helm of the phone lies Snapdragon 765G chipset, which has 5G modem integrated and tweaked GPU performance to offer a better experience to the gamers. The SoC is paired with up to 12GB RAM and up to 256GB UFS2.1 non-expandable storage. 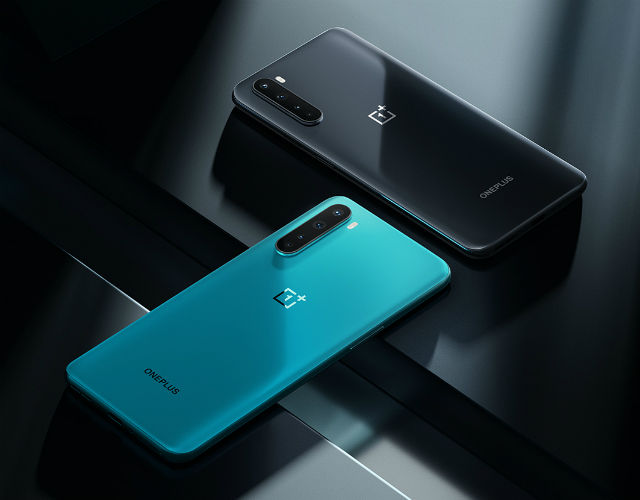