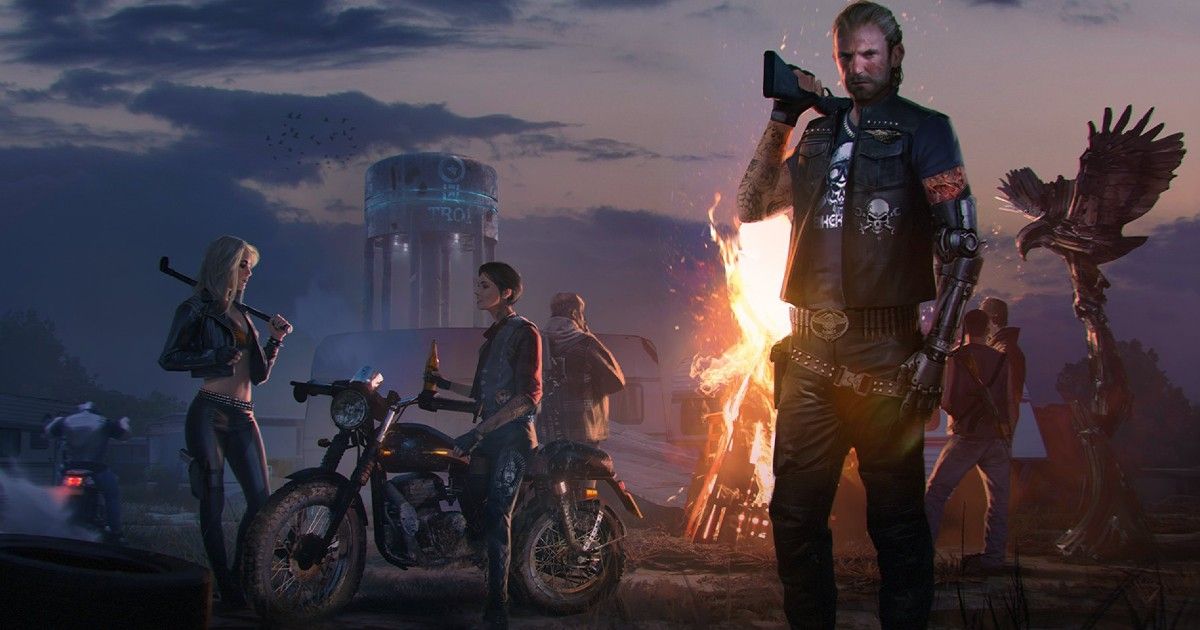 New State Mobile aka PUBG New State update 0.9.24 introduces Survivor Pass Vol. 4. The brand-new Survivor Pass comes with various rewards including costumes, character skins, weapon skins, emotes, and more. Premium Survivor Pass owners will also get access to new story missions every week, where they will team up with Arnie ‘Mayhem’ Kopelson and his gang. Alongside the new season pass, New State Mobile has recently added the Round Deathmatch mode, which makes the Deathmatch experience even more intense.

Sheriff Berry had arrested Kopelson years ago on charges of extortion and racketeering; the two men were not on good terms. But they now had a common enemy – neither one wanted to see the GLC control Michigan.
Meet Mayhem by completing his weekly story missions in Survivor Pass!

Kopelson had arrived in Troi with his gang of arms-dealing bikers on Christmas eve with supplies like weapons, medicines, and food. Sheriff Berry had previously arrested Kopelson on charges of racketeering and extortion. You can join forces with Kopelson to learn more about his story. Here are all the story missions added to the game so far:

New State Mobile (PUBG New State) has recently added the Round Deathmatch mode, which is a 4v4 game mode where the first squad to win 4 out of 7 rounds wins the match. The teams will battle on the brand-new Arena map, and the zone will be restricted from the beginning of the match. In the first phase, the zone will be set around the center of the map and it will be near the Care Package in Phase 2. Round Deathmatch has the same default weapon presets as TDM and you will be able to select your preferred present at the start of each round. Along with these, weapons like the AUG, P90, and Groza will randomly spawn on the map in each round.