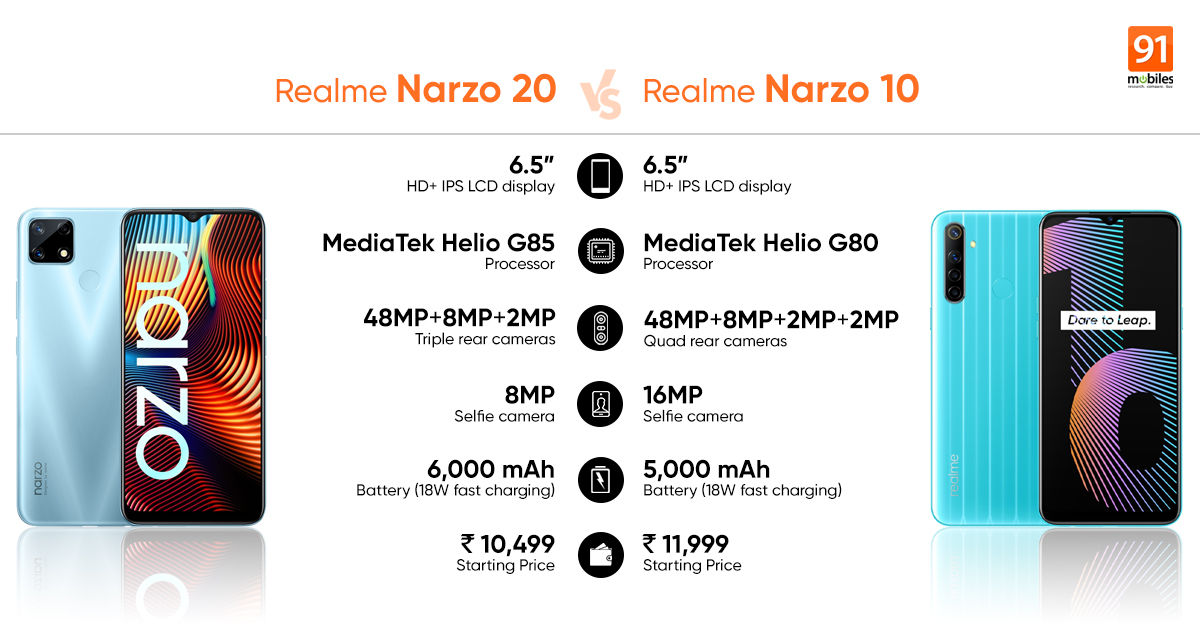 The Realme Narzo 10 price in India is currently set at Rs 11,999 for the model with 4GB RAM and 128GB internal storage. The phone is available in That Green, That Blue, and That White shades. The Realme Narzo 20 price in India, on the other hand, is set at Rs 10,499 for the 4GB + 64GB variant and Rs 11,499 for the 4GB RAM + 128GB option, both of which are lower than the Narzo 10. The handset will be available for sale in Flipkart, Realme.com, and offline stores from September 28th onwards in Victory Blue and Glory Silver colours. 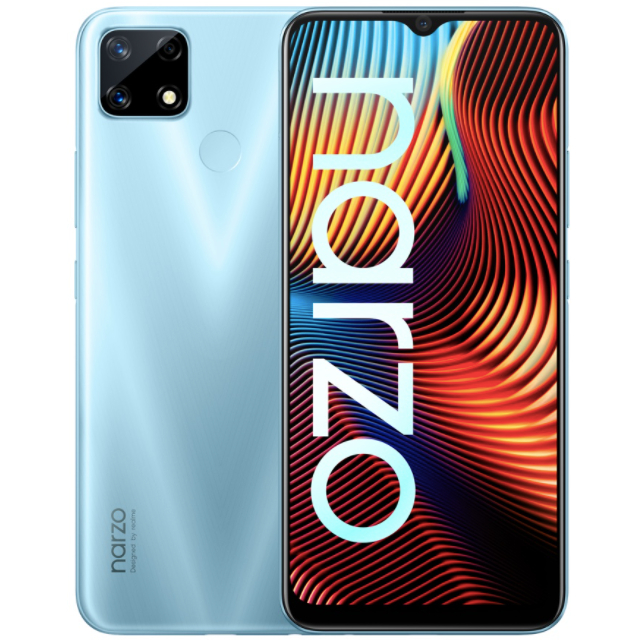 In terms of specifications, the Realme Narzo 20 comes with an upgraded MediaTek Helio G85 chipset and a whopping 6,000mAh battery with 18W fast charging support. The phone sports a 6.5-inch HD+ display with a standard 60Hz refresh rate. For photography, the Realme Narzo 20 comes loaded with triple rear cameras that includes a 48MP primary sensor, an 8MP ultra-wide sensor, and a 2MP macro sensor at the back. The front camera of the phone sports an 8MP snapper for selfies and video calling. 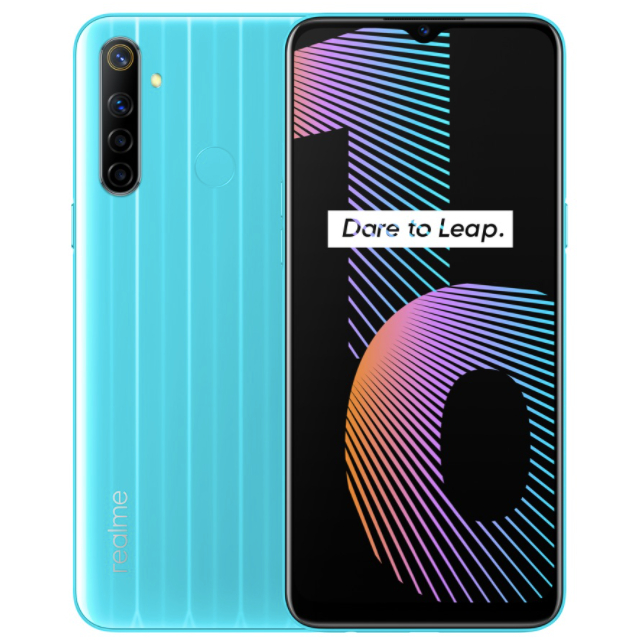 The Realme Narzo 10 ships with the same 6.5-inch HD+ display, but uses the MediaTek Helio G80 and a smaller 5,000mAh battery. In terms of photography, however, the phone rocks a quad-camera setup instead of triple cameras. Upfront, it gets a 16MP shooter for selfies and video calling as opposed to 8MP sensor on the Narzo 20.

As for connectivity, both phones come with dual-SIM support, 4G LTE, Wi-Fi, Bluetooth 5.0, Type-C port, and GPS/ GLONASS. The handsets also support a microSD card slot to expand the storage up to 256GB.

The Realme Narzo 20 is more affordable than the Realme Narzo 10, unless the company decides to drop the price of the latter soon. Going by the specifications, the Narzo 20 should be able to perform better and last longer than its predecessor. The Narzo 10, however, does have a slight advantage over its successor in the camera department, at least on paper. Stay tuned to our full review of the Realme Narzo 20 to know how the phone really performs.