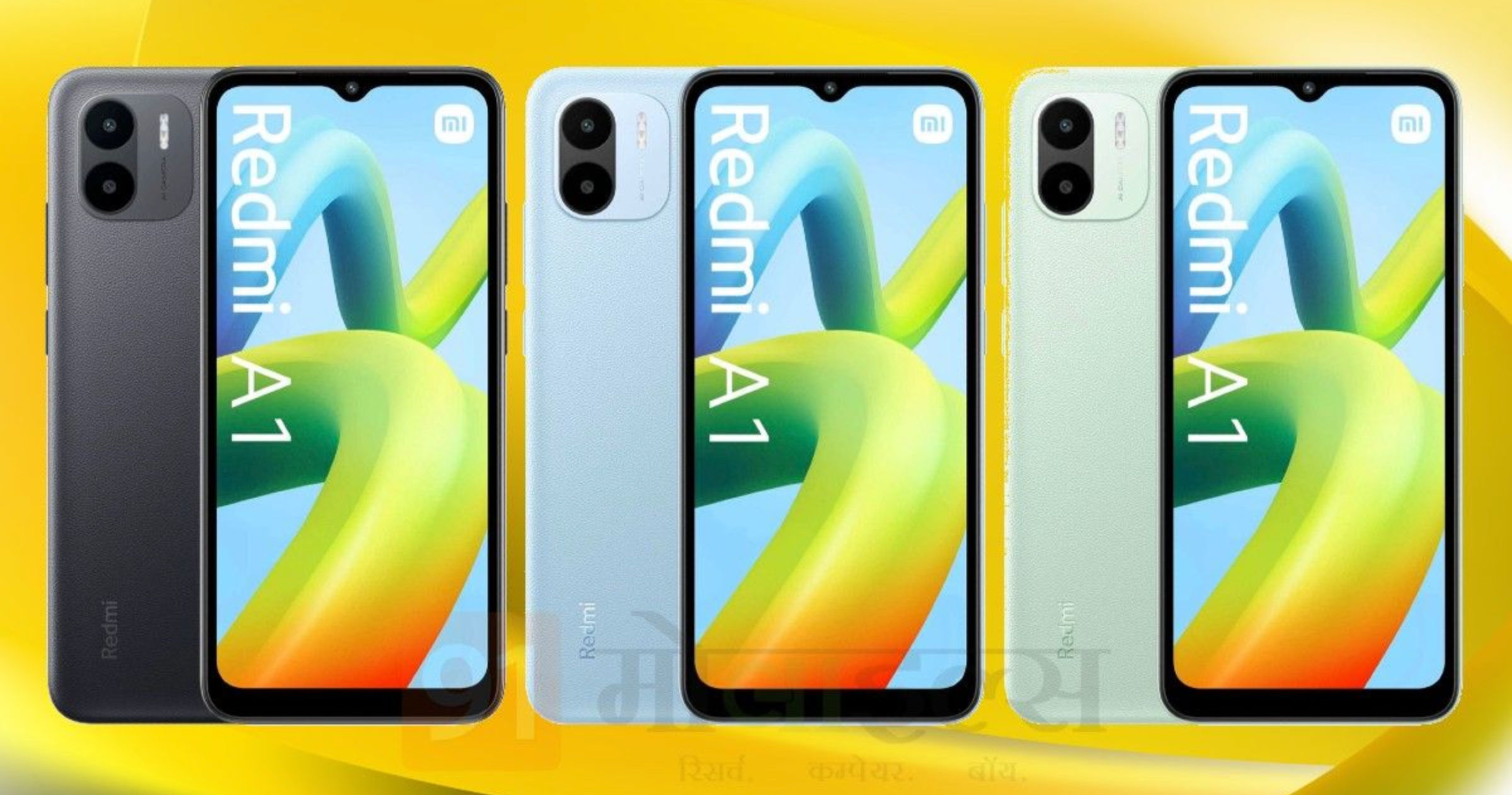 Xiaomi is set to launch a handful of Redmi devices on September 6th. One of them is Redmi A1, which is believed to be a budget offering. The company is yet to reveal its specifications, but 91Mobiles Hindi has gone ahead and revealed everything there is to know about this Redmi smartphone based on industry sources. Per the sources, the handset will be powered by MediaTek Helio G22 chipset, which is in line with previous leaks, and sport an 8MP primary camera at the back. Read on to know more about Redmi A1 specifications and design.

As reported by 91Mobiles Hindi, the Redmi A1 will sport flat edges and a rounded back. The rear panel will also house a squarish camera module and Redmi branding. The front of the phone will have a waterdrop notch screen surrounded by bezels and a chin at the bottom. The volume rocker and power button appear on the right edge, as per the official-looking renders. Furthermore, the handset will measure 164.9mm x 76.75mm x 9.09mm and weigh 191 grams. The phone will be available in three colour options: black, green, and blue, which has been officially confirmed by the company as well. 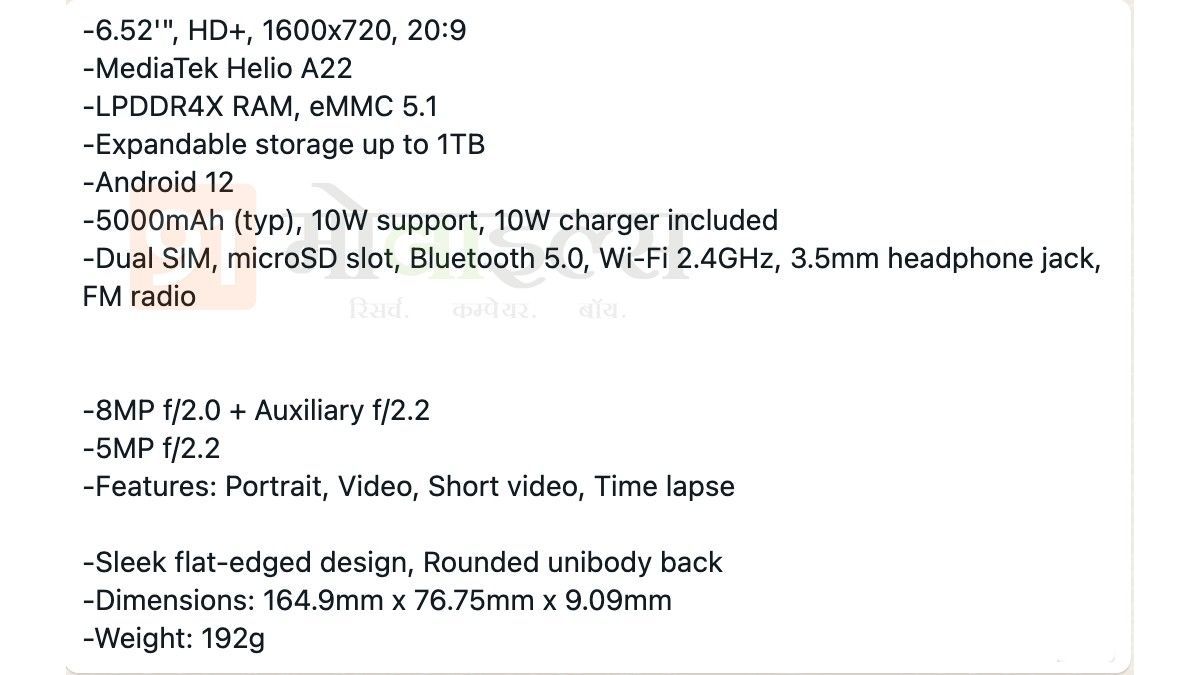 Coming to the specifications, the Redmi A1 will reportedly sport a 6.52-inch HD+ display with 1,600x720p resolution and a 20:9 aspect ratio. The phone will be powered by MediaTek Helio A22 chipset paired with 2GB of LPDDR4X RAM and 32GB eMMC 5.1 storage, which is further expandable up to 1TB. There are rumours for a 3GB RAM variant as well. Moving on, the handset will be driven by a 5,000mAh battery with 10W charging support and run Android 12 out of the box. The handset is likely to have Xiaomi’s custom Android skin MIUI 13.

In optics, the phone is said to sport dual rear cameras with an 8MP (f/2.0) primary sensor and an Auxiliary sensor with f/2.2. Up front, it could pack a 5MP (f/2.2) sensor for selfies and video calling. The Redmi A1 will come with camera features such as portrait mode, time-lapse, short video, and more. That said, it seems the Redmi A1 will not come with a fingerprint scanner.

MediaTek Helio A22-powered Redmi A1 vs UNISOC T612-powered Realme Narzo 50i Prime: which one should you go for?

Redmi A1 made in India smartphone launching on September 6th; check out specifications

Redmi A1 India launch officially teased, could be an affordable model