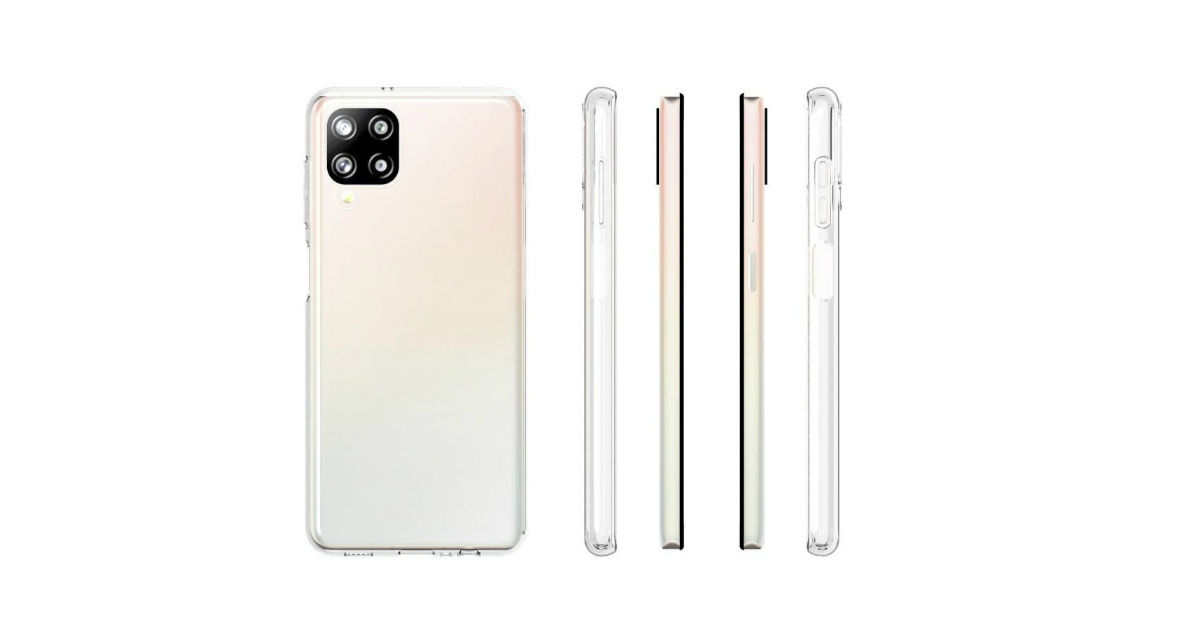 Samsung Galaxy A12 launch seems imminent as the phone was recently spotted listed on Samsung Russia website with model number SM-125F/DSN. It seems the phone will come with 5G support as leaked case images of the Galaxy A12 5G have appeared on the internet. The images reveal the phone will have a square-shaped camera module at the back, similar to the Galaxy A42 5G and the Galaxy M12, and it seems to have a slight bump. The handset has triple cameras along with an LED flash. The volume rocker and power button with a fingerprint sensor embedded in it are present on the right spine. The 3.5mm audio jack seems to be placed on top, while the speaker grille and USB Type-C port are at the bottom. Here’s what we know about the Samsung Galaxy A12 specifications.

Earlier reports have suggested the Samsung Galaxy A12 specs will include NFC support for contactless payments and is said to be available in 32GB ad 64GB storage options. The Geekbench listing revealed the handset could have MediaTek Helio P35 SoC paired with 3GB RAM, but there could be more models at launch. The Samsung Galaxy A12 is said to run Android 10 OS out of the box. It’s possible the phone may be almost similar to the Galaxy A11. Unfortunately, not much else is known about the phone at the moment but since it started appearing on the web, we can hope the launch date could be around the corner. We should learn more information soon.